Merry Christmas to all! ... AKA random ramblings 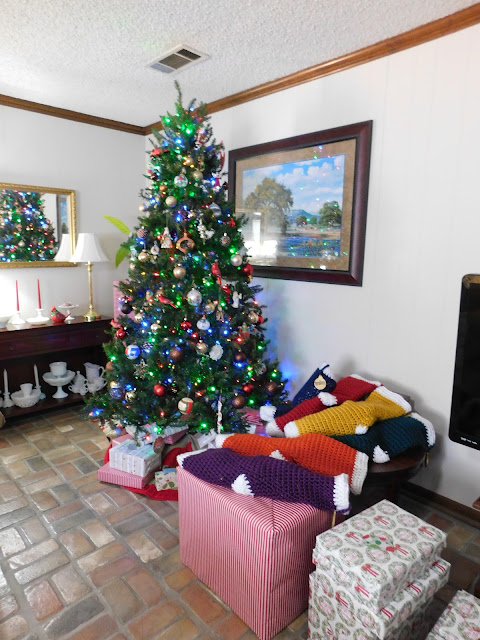 Today my family had our annual relatively low-key Christmas celebration over lunch.Sometimes life seems like the movie Groundhog Day when it comes to predictability. It's almost depressing going through Facebook memories on how I post on the same things every year about the same time whether it's holiday season or not. What-a-rut.

Or maybe not a rut. One person's routine is another's tradition. Tradition isn't all bad. There will be a day when that will be missed, routine or not. With age, we all realize that, don't we? It's best not to take things for granted.

Christmas has become the only day of the year where the seven of us (my parents, brother, sister-in-law and nieces) are in the same room at the same time. I should be more appreciative of that, even if for some it seems more of an obligation than choice to spend time together. If you were to compare the photos from this year to last year and the past several years on this blog or Facebook, you would find everyone sitting in the same spot. Now, Amanda did snag Brian's seat at the end of the couch, so we mixed it up just a little bit. We made a point of talking about this as we settled into the room.

I guess lunch itself isn't all that routine. We don't always have the same thing. This year we had brisket and potato salad and such instead of turkey and dressing. Yet, as usual, there were snacks and desserts untouched in the kitchen because we didn't get around to those at the time.

That's why we convinced Dad we didn't actually need another pie.

There were the awkward questions that came over the meal that are awkward because it's hard to make conversation sometimes. Some really awkward which probably doesn't help with making communication better in the future. How's that for vague blogging?

The unique moment of humor was that Mom and Dad didn't compare notes when it came to stocking stuffers. They both bought Pioneer Woman wooden spoons at different times. Dad came in and put them in the stockings for me, Amanda and Mom. Mom had already put spoons in, so we pulled out duplicates.

Brian may be one of the few people on the planet that looks forward to getting socks for Christmas. More than once he talked about how he needed socks. Not just a pair or two like Nanny would have given, but legit socks. Mom had him covered though. That's a legit, reliable Christmas expectation that is good. Mom threw in Hershey bars. The big ones. That's a throwback to what her dad did every year. Both sides of the family tradition covered.

Now, for a few pictures to prove everyone's normal spot and the requisite picture of everyone opening a package. 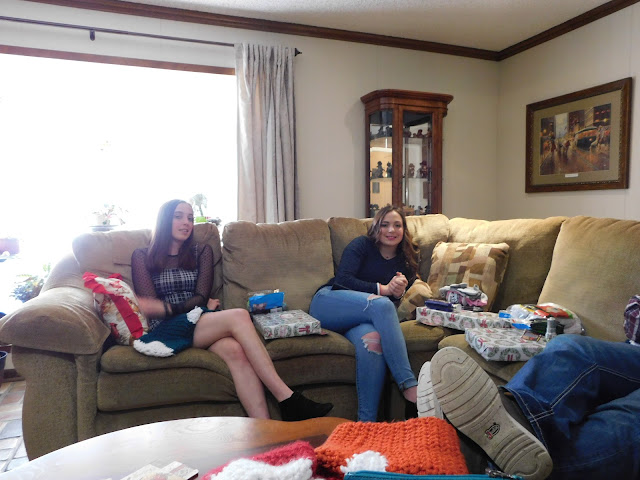 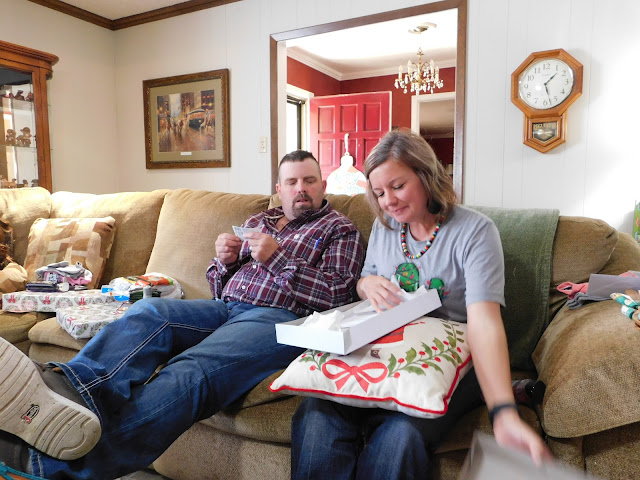 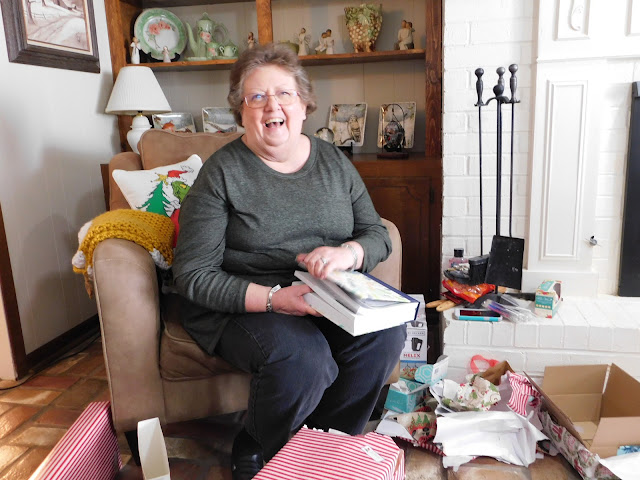 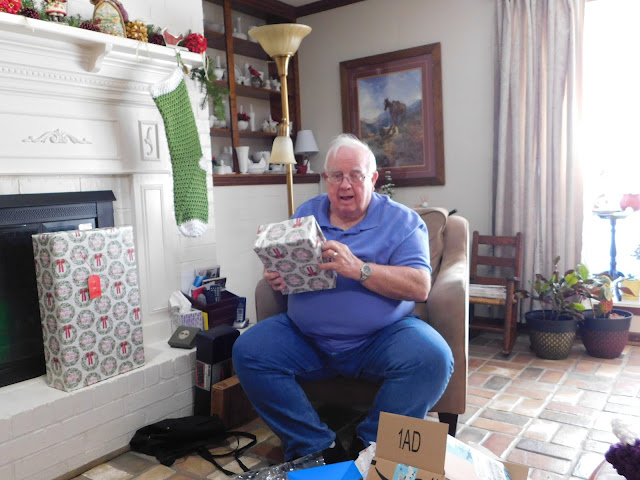 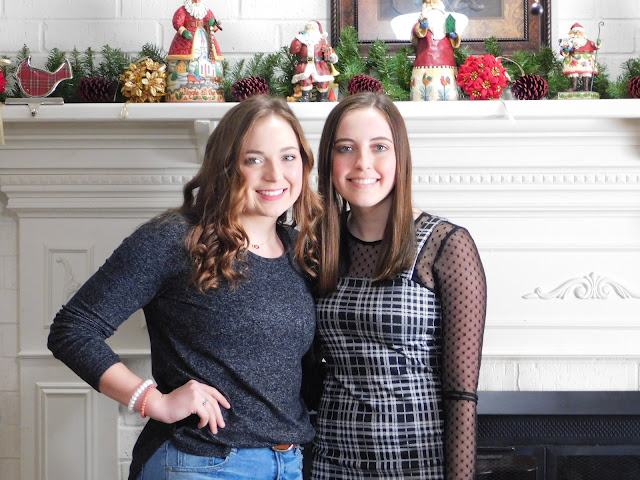 It's hard to believe that Peyton is now a sophomore in high school and Paige is a freshman at the University of Texas. It's also hard to believe we only carry on a conversation once a year. Part just teenagers, part really long story.

It's bittersweet. I'm more on the bitter side, to be honest. It's hard to talk about happy memories. We brought up a couple of things this afternoon that weren't remembered or just didn't get much of a reaction.

After all the presents were opened, we did take a family field trip to my house. Brian, Amanda and Peyton hadn't seen it in the six months since I bought it. Paige hadn't seen it since I had moved more than a few boxes in. My dream is for one day one of the girls to make use of my never used guest room. Once upon a time, that would have happened any given weekend. For all the things that stay the same, some things really do change.

This year, for reasons unknown, I was the recipient of a special gift bag from my grandmother. She's always been big into themes. This year the theme was, "Random Purple Stuff From Around My House That I Can Give to Audra." This photo does not properly reflect the garishness of that scarf. I don't know who once upon a time gave it to her or where one might buy such a bright purple scarf made of such material That necklace also never should have been purchased in a store (or elsewhere). My neck is too fat to wear it. That's my story, and I'm sticking to it. It really is choker on me that literally chokes. It's the only gift I haven't gotten put away because.... 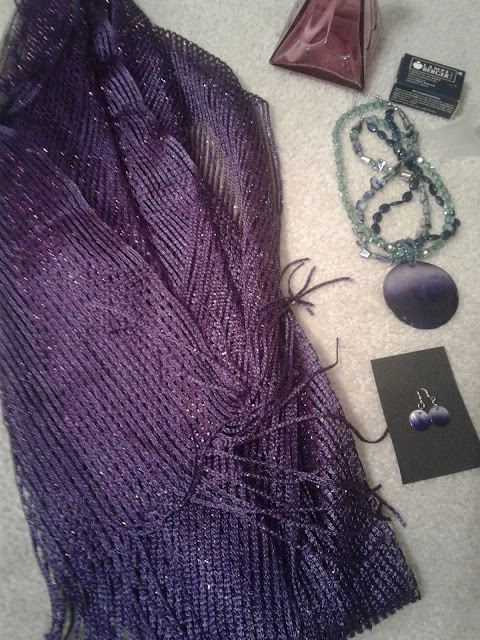 So, if you have reached this point of reading along with me, I truly hope that you had a very Merry Christmas! I hope you spent in a way that created good memories with those you love. I hope you found joy in the ruts and the new experiences. I hope you had a moments to be thankful and not take for granted the time you had.
Christmas