Showing posts from January, 2010
Show all

A round of the Hallelujah Chorus

January 31, 2010
Here's a quick post because I have other things I need to be doing and other things I want to be doing. I do want to blog, don't get me wrong, but I just have something I really do want to do that I can't do until I get some other things done. And I don't just mean the laundry and emptying out the dishwasher. I drive myself nuts, the to-do lister that I am. Anyway, I will be singing a round of the Hallelujah Chorus come February 15 when our new Assistant Media Specialist starts. I was actually singing it when I got word that someone accepted the job. I can now tell the people coming into the office that the job is now filled. Hallelujah! I have to share about Mr. Fascinating. One day last week, this guy came in. He looks very much like one of our local chiropractors. The man was dressed in a pair of pleated gray wool pants, a navy suit coat and a tie. He wore glasses and carried a satchel briefcase. Picture kind of nerdy. From looking at him I knew he was either se
1 comment
Read more

Married to the Ministry? 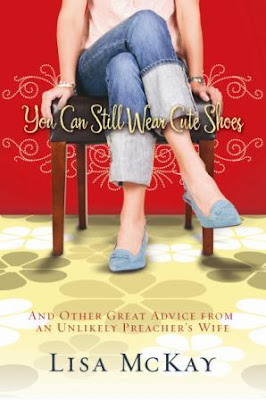 Encouraging advice on being a pastor’s wife - from a woman who never thought she’d be one! When most women think of a “pastor’s wife,” certain images come to mind: either a woman who is so holy she doesn’t seem human or someone sentenced to a life without fun, fashion, or friends. The sad truth is that pastor’s wives often walk a lonely road littered with impossible expectations and inconceivable identity crises. They’re the object of hallway conversations and sermon illustrations, but they rarely have the opportunity to be fully and freely transparent and unique. Lisa McKay’s You Can Still Wear Cute Shoes is an utterly honest, charmingly witty, and biblically insightful guide for every minister’s wife who wants to serve the church and support her husband(without losing herself along the way. You will feel an instant sisterhood with Lisa, a senior pastor’s wife happily serving in the trenches. She understands the challenges of a life lived before a congregation, from finding friends
1 comment
Read more

Lord, I Just Want to Be Happy

I'm pretty selective about books that I request for blog tours. When I saw the email come through on this book, I jumped on it pretty quick. I can't tell you the number of times I've thought, "Lord, I just want to be happy" or even said it out loud. It's certainly an issue that I've been trying to work through for a while now. I think that Leslie Vernick's book is a very good tool to figure out why you aren't happy in life and how to work towards the only way you can achieve true happiness - through God alone. Each chapter ends with self examination questions and to really do the book the way it needs to be done, you need to go through the exercises . Admittedly though, I'm not through the whole book yet. I have any number of excuses as to why, not forcing myself down a to-do list being one of them. (I think it's chapter three that has a section that relates to that.) Another is that I've been in a better frame of mind lately, and hon
Post a Comment
Read more 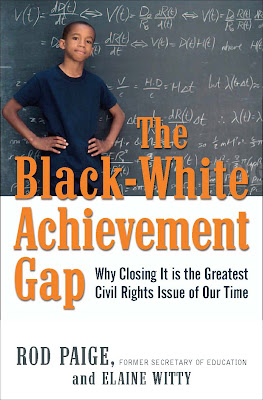 A Call to Overcome Today’s Major Barrier to Racial Equality and Social Justice More than half a century after the landmark Brown v. Board of Education ruling, inequality still reigns supreme in America’s classrooms. Based on results from the National Assessment of Educational Progress (NAEP) and other studies, African American students score below 75 percent of white students on most standardized tests. Not coincidentally, young white adults are approximately twice as likely as their black peers to earn a college degree, and nearly three times less likely to land in prison. In critical academic matters, why do black American children overwhelmingly lag behind white American children? And what are the long-term economic, social, and racial ramifications for our country if we continue to overlook this deeply distressing reality? “It’s an undeniable truth that we have a serious educational problem in America,” states distinguished former U.S. Secretary of Education Rod Paige. In THE BL
Post a Comment
Read more

Touchdowns and Slam Dunks for Jesus? 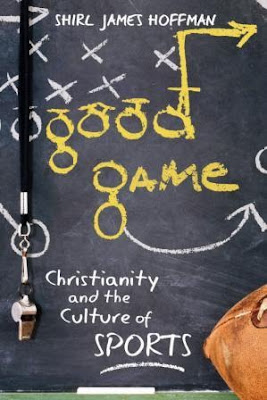 Controversial new book reveals the truth about faith and sports Like most Americans, Christians love sports. They love team rivalries, the sports analogy/sermon illustration, the thrill of playing, Christian celebrity athletes and even the church-hosted Super Bowl party complete with a five-minute half-time devotional. These are sacred institutions in Christian life; their prominence is seldom questioned. Yet, since 77 percent of evangelicals believe that the mass media is “hostile to their moral and spiritual values,” one wonders why evangelicals haven’t also sensed that hostility in media-bloated competitive sport contests. Christians frequently voice criticism about violence in video games, but violence in sports such as football and hockey, which involves their children more intimately and dangerously, is rarely examined. Author Shirl Hoffman, Ed. D, believes it’s time for Christians to ask the hard questions. “The institution of sport has been so intricately woven into the fab
Post a Comment
Read more

January 24, 2010
At work, Tracy had the opportunity to join her husband in her parents' family business that they asked her and Craig to take over. That has left us a person short, and we have been looking for a new Assistant Media Specialist. As one of two people downstairs at the office, I've met a number of people who have brought their resumes in. And to help out, I've also been assisting in screening some of the resumes. With so many people looking for a job, and so many opportunities out there, I feel like I really need to do provide a public service, and share some "what not to do" advice. This is not a shot towards any of the individuals - I'm just suggesting that you have your head on straight. #1 Do not print your resume on the back of paper that has already been printed on. I think that says enough. #2 If you include a cover letter, make sure it's the right one, meaning addressed to the correct company. Especially if you are aiming for a job that requires at
Post a Comment
Read more

It is time for a FIRST Wild Card Tour book review! If you wish to join the FIRST blog alliance, just click the button. We are a group of reviewers who tour Christian books. A Wild Card post includes a brief bio of the author and a full chapter from each book toured. The reason it is called a FIRST Wild Card Tour is that you never know if the book will be fiction, non~fiction, for young, or for old...or for somewhere in between! Enjoy your free peek into the book! You never know when I might play a wild card on you! Today's Wild Card author is: Warren Wiersbe and the book: Be Authentic David C. Cook; New edition (January 1, 2010) ***Special thanks to Audra Jennings – The B&B Media Group for sending me a review copy.*** ABOUT THE AUTHOR: A man who has given his life to a deep examination of the Word of God, Dr. Warren W. Wiersbe is an internationally known Bible teacher, former pastor of The Moody Church in Chicago and the author of more than 150 books. For ove
1 comment
Read more

It is time for a FIRST Wild Card Tour book review! If you wish to join the FIRST blog alliance, just click the button. We are a group of reviewers who tour Christian books. A Wild Card post includes a brief bio of the author and a full chapter from each book toured. The reason it is called a FIRST Wild Card Tour is that you never know if the book will be fiction, non~fiction, for young, or for old...or for somewhere in between! Enjoy your free peek into the book! You never know when I might play a wild card on you! Today's Wild Card author is: Daniel Tocchini and the book: Us David C. Cook; New edition (January 1, 2010) ***Special thanks to Audra Jenningsn of The B&B Media Group for sending me a review copy.*** ABOUT THE AUTHOR: Daniel L. Tocchini has worked with more than 5,000 couples through personal marriage coaching and the unique and life-changing marriage seminars offered through his organization, the Association for Christian Character Development. An
5 comments
Read more
More posts