A family separated by centuries

November 12, 2015
An interview with Lynne Gentry,
Author of Valley of Decision 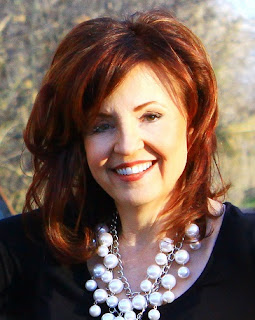 Q: Tell us your favorite thing about your new book, Valley of Decision, which is the final installment in your series The Carthage Chronicles.

The world says we should make our decisions about love based on feelings. This story shows us how different the world would be if true love were based on actions.

Q: Why did you decide to set the book and the series in Carthage?

The Roman era has always interested me. When I stumbled across a third-century plague that nearly destroyed the empire, I had to know more. My research uncovered the fact that the Plague of Cyprian originated in Africa. So I didn’t choose the setting; history did.

Q: The book opens with your heroine, Lisbeth Hastings’, daughter traveling back to the third century against her mother’s wishes. If the propensity toward rebellion dwells in each of us, why do you think Lisbeth is so surprised when her daughter disobeys her?

I love my children. The desire to protect them from the painful mistakes I made framed many of my parenting decisions. However, my kids are human. Whenever they dared to step out of the safety of the boundaries I’d established for them, it was more than anger that kicked in. It was sheer terror. What if they were hurt? What if I couldn’t rescue them? What if their rebellion cost them their lives? I don’t think Lisbeth and Cyprian were surprised, but I do think they were terrified for their child. 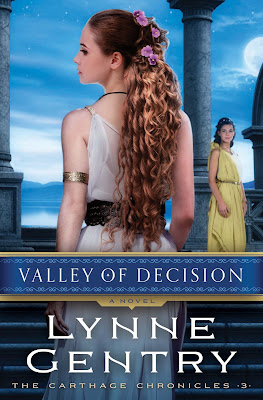 Q: As a parent, how did you find the balance between letting your child exert his or her independence and being too permissive?

The short answer is prayer — lots and lots of prayer.

This is a tough one, and there isn’t a clear-cut answer. However, I believe if you let children exert their independence, you must be willing to allow them to suffer the consequences of their decisions. For example, when my son began to bristle against my reminders to pack his lunch in his backpack, I had a choice to make. I could nag him, or I could allow him a little independence. So I tried an experiment. One morning I didn’t say a word about the lunch sack sitting in the fridge. As I suspected, he forgot to pack it. At noon he called from the principal’s office in a panic. It wasn’t easy to let him miss a meal, but I did. He never forgot his lunch again, and I never had to remind him. Win-win. I think if we allow children to exert independence in situations that don’t threaten their safety, the lessons they learn will give them a solid foundation.

Q: You’ve based some of Cyprian’s decisions in Valley of Decision on actual historical documents. What was the most important piece of research to the development of the book you found?

My stories are loosely based upon multiple historical accounts and Cyprianus Thascius’ own extensive writings, so from the beginning I’ve known Cyprian died a martyr’s death. As I wrote this final installment of his story, I took a closer look at his final day. Cyprian’s best friend Pontius recorded that soldiers came in the night and escorted Cyprian from his villa. He spent the night in the home of the commanding officers. That piece of information caused me to consider those long, dark hours. What went through Cyprian’s mind? Was he frightened? Did he ever consider recanting his faith? While we don’t have Cyprian’s thoughts, Pontius tells us that in the morning Cyprian went bravely and with “exceptional cheer” to face his executioner. To me, Cyprian’s demeanor validates the Lord’s calming presence in our lives . . . especially when the end comes.

Q: In the third century, Christians had the choice to run toward or away from those suffering from a deadly viral outbreak. What caused your characters to run toward the ill?

When the World Trade Center towers came down on September 11, 2001, cameras captured the terrified faces of people running for their lives. What struck me the most, though, were the unbelievable images of people running toward the smoke. Why would anyone risk their own lives to save someone they do not even know? That’s a question without an easy answer. I believe selflessness is a Christ-like characteristic best acquired through observation. When the church operates as Christ intended, a spirit of selflessness is modeled. Placing the welfare of others above your own is a picture of true love.

Q: Lisbeth is a doctor determined to help those impacted by the outbreak. How do you want your readers to be impacted by her passion to use her skills to better the lives of others?

I believe all of us are gifted for the purpose of making the world a better place. My gift is not medical, but I do have the ability to listen and come alongside someone who is suffering. My challenge is the same as the third-century Christians: to use my gifts and be willing to step out of my comfort zones. My prayer is that all of us will strive not only to notice areas where we can bring comfort, but also to become active participants in the reduction of suffering.

Q: Have you ever struggled finding the courage to do the right thing?

Absolutely. I’m a fearful person by nature. I don’t like to make mistakes, and I avoid conflict. So when the Lord called me to write this story of conflict and courage, I nearly bolted. Had I not constantly buoyed myself with the countless scriptures of God’s abiding presence, I could not have written The Carthage Chronicles.

Q: In Valley of Decision, everyone has a decision to make. How are your own past decisions woven into the tapestry of your life?

This series originated out of my own regrets. My life had come to what I thought was a disappointing dead end. I began to ask myself “what if” questions. I nearly made myself sick longing for a chance to redo the past. Ironically, it was in the writing of Lisbeth’s desperate attempts to right her own wrongs that I discovered poor choices and failures are the dark threads that give our life the depth of tapestry. If I was granted the opportunity to go back and change one choice, it would be like pulling a very important thread from the picture of my life. What would I want to give up? My husband? My children? My beautiful grandchildren? Never. While failures have the ability to shape us as profoundly as victories, ultimately we have a choice. Do we allow these experiences to make us bitter or make us better? This crossroad is what I call the valley of decision, and eventually everyone walks through its dark halls.

Q: What does your heroine, Lisbeth, discover about the true meaning of family in her efforts to reunite her own?

Lisbeth is like me. She longs to live in the security of a loving, united family. Unfortunately, I’ve discovered no one lives in a perfect family. Feelings get hurt. Relationships fragment. And sometimes, blood is not thicker than water. Flesh-and-blood families don’t always stay together. This would be a sad story if that was the end of it, but, like me, Lisbeth discovers family doesn’t always match our DNA. She learns families are the people who choose to love you no matter what.

Q: How does your own family reach beyond flesh and blood?

Every time the Lord called us to serve him in a new location, we moved farther from my flesh-and-blood family. I mourned not having my relatives close. I wanted my kids to know the joy of running in and out of their grandparents’ home. I wanted them to grow up playing with their cousins. To my surprise, those missing relationships were filled by people who weren’t related to us. At every church we served, the Lord provided a loving older couple excited to step in and love on our kids. The Lord brought a steady stream of families into our lives. Our children gained instant cousins, and our house was always full of laughter and friends on the holidays. Some of these friends have used their vacation time to sit by my bedside or care for my family as I recovered from surgeries. They’ve driven across the country to meet us for vacation. They’ve even sent checks to keep us afloat during a financial crisis. I’ve learned Christ is the blood that unites us all. Someone gave me a plaque that reads: “Friends are the family we choose.” I pray that you too dare to extend the borders of your family relationships. I promise you will be blessed.

Q: Since time travel is a unique part of this series, name one 21-century item you would be unable to live without.

Q: If you could go back in history, what time period would you visit?

I would love to return to the time of Christ and walk the same cobblestones and sandy beaches with him. I think my love of all things Roman came from sitting in Sunday school and listening to the stories about that intriguing part of the world.

Q: How does it feel to complete The Carthage Chronicles series?

I feel like I have been on an epic journey: a personal journey of exploration and growth. As I’ve already said, this story had its roots in my own regrets, my desire to go back and make some different decisions. Similar to myself, in the end Lisbeth decides all of the threads of her life have made her who she is. That’s how I felt when I wrote the epilogue of Valley of Decision. I’m comfortable with who I am: an imperfect person who loves God and is loved by God — even when I fail.

Q: What projects are you working on next?

Stories are always clamoring for my attention. My next series is but a nugget based on a very unique event that happened in a dusty Middle Eastern town at the end of World War II. But I promise you, the stakes will be high, the adventures outlandish and the romance heart-melting. In the end, the world will be changed for the better!