What would you challenge your younger self to do differently? 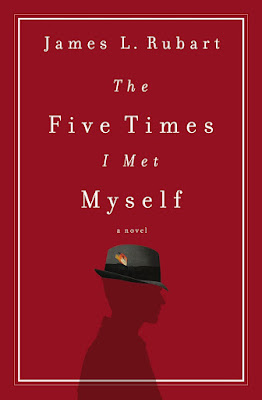 James L. Rubart explores the desire to change the past
and the possibilities for redeeming the future

What if you met your 23-year-old self in a dream? What would you say? No matter how young or how old, there’s a part of us all that wishes we could go back and tell ourselves what we should have done differently. It’s a desire award-winning author James L. Rubart explores in his new novel, The Five Times I Met Myself (Thomas Nelson/November 10, 2015/ISBN: 978-1401686116/$15.99).

Rubart’s strength of teaching life lessons within the context of story shines in this new release that will appeal to fans of Andy Andrews and Mitch Albom. The author introduces readers to Brock Matthews, whose once-promising life is now unraveling. There is tension in nearly every one of his relationships, and with his son soon leaving for college he’s forced to confront the gaping gulf that lies between him and his wife. His successful company, where he’s found so much of his sense of identity and fulfillment, is suddenly on the rocks. He’s at a loss for how to deal with the pressures he’s facing, when one night he encounters himself as a young adult in a vivid dream. When he learns he might be able to change his past mistakes, he jumps at the chance but soon finds that while the results are astonishing, they’re also disturbing. For Brock, getting what he wants most in the world will force him to give up the one thing he doesn’t know how to let go.

In The Five Times I Met Myself Rubart examines the role of dreams in our lives and raises the question of whether or not they’re sometimes much more than just our subconscious minds working out the events of the day. Pointing to Scripture that shows God uses dreams to speak to his people and even shape significant events, Rubart admits he takes his own quite seriously. “In the Old Testament Joseph had dreams that changed all of Egypt,” Rubart explains. “I believe God is still using dreams to change the lives of his children.”

While we do not get the opportunity to change our past through a dream, Rubart believes redemption, restoration, and freedom can still come for our past choices and regrets.   The Five Times I Met Myself encourages readers to ask themselves difficult questions about their choices and where their future is headed, while affirming that change and, ultimately, redemption are available to all, despite regrets and mistakes.

Andy Andrews, the New York Times bestselling author of The Noticer and The Traveler’s Gift, has described The Five Times I Met Myself as life-changing. Rubart reveals that was precisely his hope when he sat down to write. “I don’t think it’s ever too late to start living with freedom. I don’t think there’s any brokenness God can’t breathe healing and life into. I’ve had people say my books are not fluffy reading, but that they stick with people months and years afterward. I hope that’s true. I want my stories to seep into people’s minds and, more importantly, their hearts and help them step into greater freedom.” 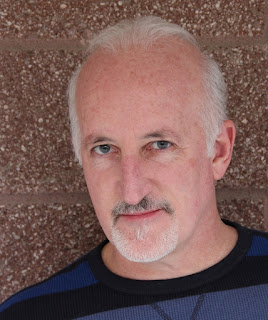 James L. Rubart has a B.A. in broadcast journalism from the University of Washington and spent his early career working both on-air and in radio sales. For more than 20 years he has also owned and operated his own marketing company.

Ever since he was a little boy, Rubart dreamed of writing novels but didn’t begin his journey as an author until 2002. Since then, he has become a bestselling and Christy award-winning author of seven novels, including Rooms, Soul’s Gate and his most recent, The Five Times I Met Myself. Rubart is also a professional speaker.

Rubart says he feels like a 28-year-old trapped in an older man’s body and still thinks he’s young enough to water ski like a madman and dirt bike with his two grown sons. Rubart has spent his whole life in the Pacific Northwest and now lives with his amazing wife on a small lake in eastern Washington.