For somewhere I hardly ever go

November 06, 2015
Anyone in Texas, at least anyone that lives in the eastern half of the state, has heard about Canton and First Monday Trade Days. In all my life, I've only been a couple of times during first Monday weekend. Usually there's tons of people, and I usually have no desire to go.

However, we found a supplier for some of our smaller wood cutouts and found some good deals. We were hoping that the wooden Christmas decorations would fit in the horseshoe Christmas trees (look for tomorrow's post).

They didn't, but I ended up selling this whole lot of 45 to my cousin. 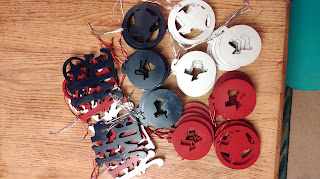 She decided she wanted more, and we think they will sale at the Mesquite Rodeo Holiday Shopping Expo. So today, I took off work a little early to make it back over to Canton (for the second time in 7 days) before a place closed at 5:00. We searched bins to find 211 more. We didn't realize how many we had until we got home though we were aiming for a lot. (They are sold by the bag.) 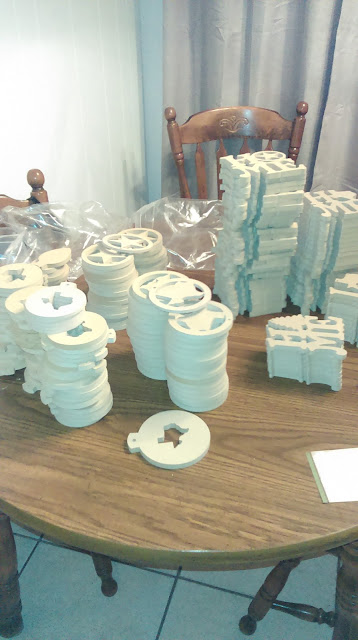