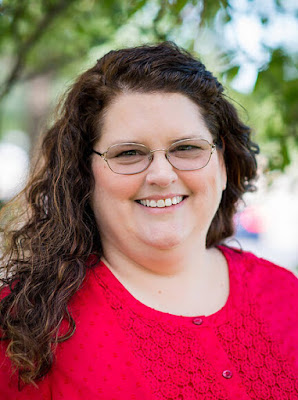 Part 1 of an Interview with Erica Vetsch, Author of The Lost Lieutenant

Regency fiction is popular among many readers, but for those new to the genre or unfamiliar with British history, we have author Erica Vetsch here to answer our questions. Vetsch’s new release, The Lost Lieutenant (Kregel Publications) is the first in her Serendipity & Secrets series set in Regency England. She shares what drew her to the time period and why she is excited for her new series.

In this interview, Vetsch also shares how the characters’ faith plays into the story and more of what is to come in the series. 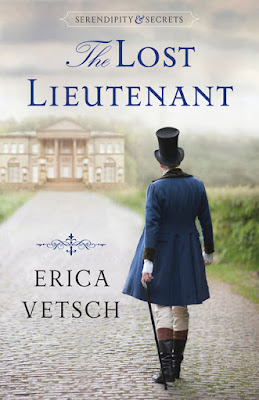 Q: Up until now, many of your books have been historical releases but set in the American West. Why the move to England for the new series?

If there is one thing my family and friends know about me, it is that I always want to be learning and researching new historical topics. Having written and researched so many books set in the American West, I found myself feeling as if I was in a bit of a rut. I was having difficulty coming up with something fresh and interesting, where I could really dive into the research.

I had been reading quite a bit of Regency, thanks to some recommendations from an author friend, and the more I read, the more I realized I didn’t know many specifics about the era. Suddenly, there were so many avenues to explore, like the aristocracy, the clothing, the amusements, the Napoleonic Wars, and much more! My imagination sparked, and I was hooked!

Q: For those who may not be familiar with the term, what is Regency fiction? Why do you think this genre is so popular with readers?

Regency fiction covers the time period of 1811–1820 in England, though books set between 1800 and 1830 are often classed as Regency. There’s always a bit of literary license about writing fiction, isn’t there?

The Regency period occurred at the end of the Georgian era in England, when King George III (monarch during the American Revolution) was deemed unfit to rule. Some historians believe he suffered from a blood disease called porphyria, which has cognitive side effects. Some believe it was schizophrenia or other mental illness. In any case, he was considered unable to fulfill his role as monarch, and in his stead his son, the Prince of Wales, became the Prince Regent. The near decade of his rule as substitute monarch is called the Regency.

Q: What kind of research goes into a series like this? Have you been able to go on a trip to see some of the sites you have written about?

There is a tremendous amount of research, especially when you’ve not written Regency much before. Readers of Regency fiction pay close attention to historical details, and they want you to get it right. As a historian myself, I want to get it right. I now possess a sizable research library of Regency history books. Some are encyclopedic in nature, covering the entire era, and some are quite specific, such as Georgian seaside villages or coaches of the Regency era.

As to traveling, I had tickets booked for a trip to England for May 2020, but due to COVID-19, those plans are in abeyance. Hopefully when the world is healed and no longer reeling from the virus, I will be able to rebook the trip and take in all the amazing places I long to see. Until then, I shall rely on the research of others through their books and the assistance of Google Maps satellite view! 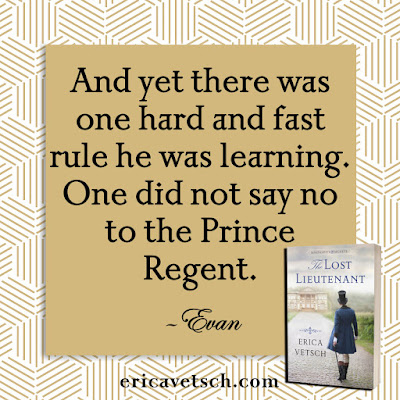 Q: Tell us a little bit about your new book, The Lost Lieutenant.

The Lost Lieutenant is a combination of an arranged-marriage and a fish-out-of-water story. The hero, Evan, continually finds himself having his life dictated by others and wondering if God has made a huge mistake. Evan is a soldier, a sharpshooter in the British Army. The son of a parson, he knows more about battlefield tactics than how to conduct himself in London society. And yet, when he is conferred an earldom and a bride to go along with the title, he is forced to accept his new role and make it his own.

While he’s struggling with his new responsibilities, his bride, Diana, is hiding secrets from her husband, her father, and the man who could destroy everything. If the truth gets out, it could cost a baby his life. What she doesn’t realize is that her husband is keeping secrets of his own, secrets that could cost him his freedom.

The Lost Lieutenant is a story of falling in love while learning to trust. Trust God. Trust your heart. Trust your spouse.

Q: What role does faith play in the lives of your main characters, Diana and Evan?

Evan has a background and foundation of faith to draw on, being the son of a preacher. He has a good relationship with his father that helps him in his relationship with his heavenly Father. While Evan doesn’t always know what God is doing, he finds it quite easy to ask through prayer for God to help him make sense of things. He has enough faith to not fear asking and questioning when things aren’t going according to Evan’s plans.

Diana has some training, through a childhood teacher, about faith being more than a weekly ritual, about needing to have a personal relationship with God through His Son. She prays, but because her father is so domineering and mean, she wonders if God could possibly be good to her. She has very clear lines about what is right and wrong, but she also fears that if she crosses God, He will seek retribution.

Through seeing a godly man, her new husband, Diana is able to gain confidence that she is both loved and lovable, that a man can be kind and therefore demonstrate that God can be kind as well.

Q: Without giving away too much, what can readers expect as the Serendipity & Secrets series continues?

Big things! There are two more stories in the Serendipity & Secrets series coming this summer and in early 2021, The Gentleman Spy and The Indebted Earl. And as a bonus, there’s a spin-off novella this Christmas in the Joy to the World novella collection. My story is “The Wonders of His Love,” and I think readers will enjoy visiting the characters in this series again. 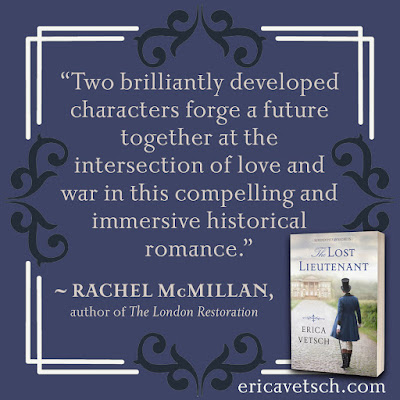 The Gentleman Spy is the story of Marcus, Duke of Haverly, and a crusading bluestocking named Charlotte. Readers first meet Marcus, who becomes a good friend of Evan, in The Lost Lieutenant. Marcus marries Charlotte and thinks he can relegate her to the margins of his life so he doesn’t have to change too much, but Charlotte is not one to be pushed aside and ignored.

The Indebted Earl is Sophie Haverly’s story of loss and newfound love. When Sophie’s fiancé is killed in the war, his best friend and commanding officer returns to England to repay a debt. Charles carries the weight of guilt, feeling himself to be responsible for his friend’s death. If he can fulfill his promise to look after Sophie, maybe he can pay part of his debt.

“The Wonders of His Love” in the Joy to the World collection is the story of transformation and spreading wings for widow Cilla Haverly. With no real place now in society, she wonders if her future is as bleak as it feels. Enter Hamish, a Scottish painter brought in for the holidays to paint the portraits of the new Duke and Duchess of Haverly. But Hamish creates more than just likenesses in oil on canvas. He also creates a longing in Cilla that she can’t deny.