The Match No One Saw Coming 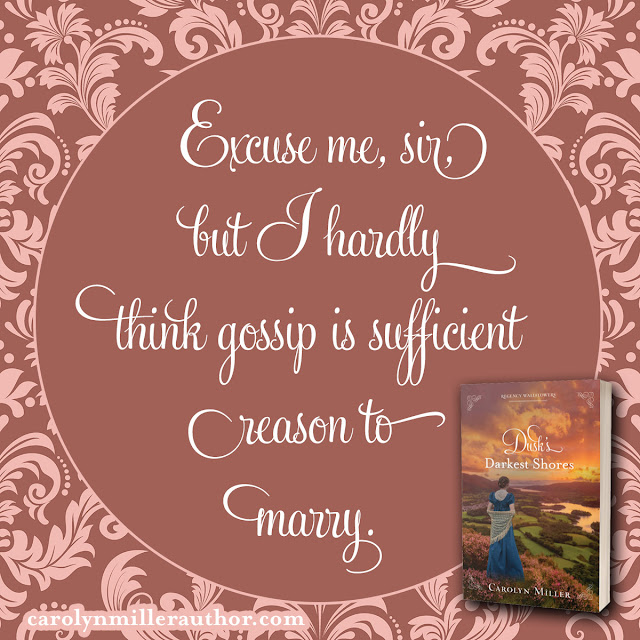 The Match No One Saw Coming

While most stories set in Regency England focus on the rich, the young, and the beautiful, award-winning author Carolyn Miller decided she wanted to give readers something different for a change. Her new Regency Wallflowers series follows the commoners, away from the hustle and bustle of 1810s London, out in the Lake District of England. The new trilogy begins with Dusk’s Darkest Shores (Kregel Publications/May 18, 2021/ISBN: 9780825446535/$15.99), which tells the story of a meek wallflower who finds herself helping a returning war hero whose dreams have been plunged into darkness.

“After writing nine books in the Regency Brides trilogies, I wanted to focus on stories that were less about the rich, beautiful, and titled aristocracy and more about ordinary people,” Miller shares. “Specifically, I wanted to tell the stories of women who were slightly older and who were considered ‘wallflowers’ or those with very few, if any, matrimonial prospects. I have found that Regency fiction is often populated by an amazing number of single, rich, young, and handsome dukes instead of these far more relatable women and situations. With the Napoleonic Wars having killed many young men in Regency times, it seems a fair assumption that not all women would have married, so I wanted this new series to focus a little more on what that would have been like, and the challenges a woman might have faced given these extremely limited circumstances.”

Mary Bloomfield has no illusions about her chances for matrimony. At twenty-nine years old, the likelihood of finding a husband has long since passed her by. Even so, her circumstances are pleasant enough, especially now that she has found purpose in assisting her father with his medical practice. Mary is naturally compassionate, and her steady temperament and caring nature make her well respected in the community, even if her straightforwardness and blunt manner of speaking may raise an eyebrow from time to time. Confident in God’s plan for her, although she’s without a husband and family of her own, it’s a peaceful life. 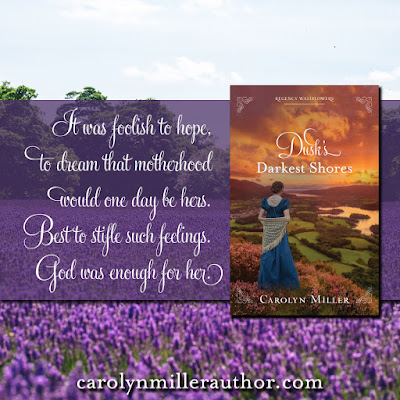 That is until Adam Edgerton returns to the sleepy district. His return home from the war was supposed to be an event to celebrate. However, this decorated hero does not arrive home to acclaim and rest, but to a new battle against the repercussions of an insidious disease thanks to a war injury. For soldiers such as Adam, who are used to being strong, healthy, and independent, being forced to become dependent on others is quite humbling. Every part of his new life is an adjustment. His faith wavers as he wonders, Why did this happen to me?

Mary cannot stand to see someone suffer—but how can she help this man see any brightness in his future when he’s plunged into melancholic darkness, his dreams laid waste by his condition? Adam does not want to be a charity case, but he’s also not a coward. If this kind and gentle woman can work hard to help him, how can he do less to take care of himself? Together they struggle to find a way forward for him. Frustration and antipathy slowly develop into friendship and esteem. Then a summer storm atop a mountain peak leads to scandal—and both Mary and Adam must search the depths of their closed hearts for answers if they hope to find any future path with happiness at its end.

“In Regency times it was considered somewhat scandalous for a single man and woman to spend time alone together,” Miller explains. “Even writing a letter to a single gentleman or lady would raise eyebrows! So, when one of Mary’s training sessions goes awry, they are forced to explain themselves in the only socially acceptable way possible—for which Mary does not wish to oblige.” Miller has a few surprises in store for readers along the way and hopes readers enjoy them.

Miller’s new series will not only thrill readers eager for more of her work but also bring in new fans looking for beautiful writing, fascinating research, deftly woven love stories, and real faith lived out in the Regency period. The Regency Wallflowers series will continue with the release of Midnight’s Budding Morrow in 2022. 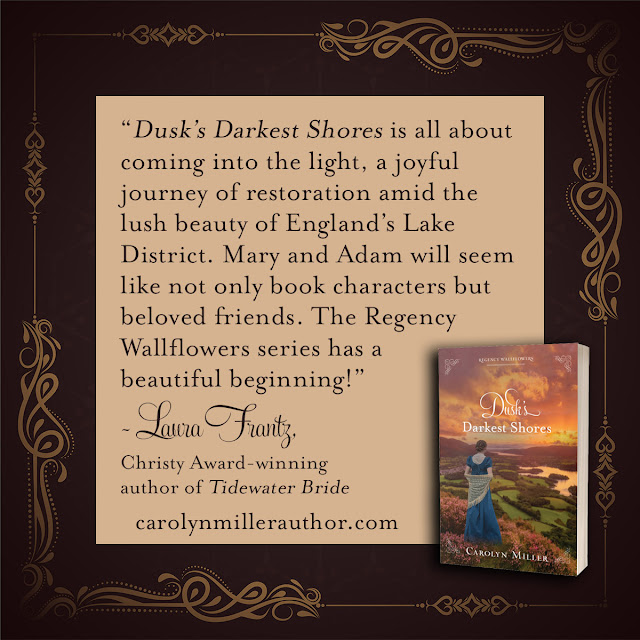 “With poignant moments, touches of mystery, and stirring faith, Dusk’s Darkest Shores by Carolyn Miller reunites a long-presumed-spinster and an injured war hero. I thoroughly enjoyed their unfolding romance and their humorous, teasing banter as the two gradually progress from acquaintanceship to friendship to true love.”

~ Julie Klassen, author of A Castaway in Cornwall

“Dusk’s Darkest Shores brings Regency England to life with a charming and inspiring romance that is sure to warm readers’ hearts. They will fall in love with the strong but wounded hero, Adam Edgerton, and the kind and caring heroine, Mary Bloomfield. This wonderful story will keep you turning pages until you reach the very romantic and satisfying ending. Well-written and highly recommended!”

~ Carrie Turansky, best-selling author of No Ocean Too Wide and No Journey Too Far 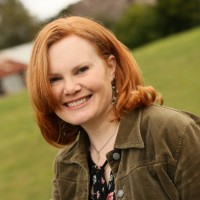 Carolyn Miller is an inspirational romance author who lives in the beautiful Southern Highlands of New South Wales, Australia, with her husband and four children.

A longtime lover of romance, especially that of Jane Austen and Georgette Heyer’s Regency era, Carolyn holds a BA in English literature and loves drawing readers into fictional worlds that show the truth of God’s grace in our lives. She enjoys music, films, gardens, art, travel, and food.


Miller’s novels have won a number of RWA and ACFW contests. She is a member of American Christian Fiction Writers and Australasian Christian Writers.