A Chameleon, A Boy, and a Quest 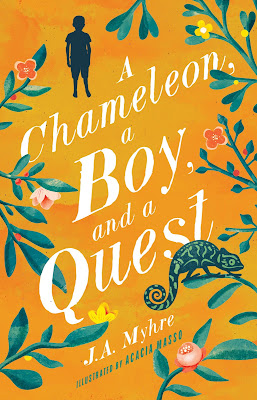 Nearly 80 percent of the world’s population lives on less than $10 a day. For globally-aware parents who want give their children a glimpse of majority-world reality, long-term medical missionary to Africa J.A. Myhre has penned A Chameleon, a Boy, and a Quest (New Growth Press/October 6, 2015/ISBN: 9781942572084/$15.99).

This beautifully-written adventure book for young readers brings to life the African savannah Myhre calls home, inviting readers to explore the country through the eyes of a 10-year-old boy named Mu. Orphaned as a toddler, Mu has served his whole life in his great uncle’s house where he is unloved and ignored. In his drudgery-filled life, Mu has little hope of happiness and doesn’t believe anything will ever change.

On his way to draw the morning water one day, Mu is astonished when a chameleon greets him by name and announces they will embark on a quest together. Mu and his chameleon guide face peril and find unexpected allies as they journey through an ever-changing African landscape. Throughout his adventure Mu learns many things about himself and the nature of good and evil.

Myhre has served alongside her husband as a doctor in East Africa for more than two decades. While living in a very remote area on the Uganda-Congo border, Myhre noticed that although her children were avid readers, none of the books in their hands related to the world in which they lived. So she began to write short novels for them each Christmas, which they would read aloud together. “Most of the kids who hung out at our house every day had lost one or both parents and struggled to stay in school. Our next-door neighbor ended up in a rebel group,” Myhre admits. “This is reality for kids in much of the world. So I wanted a story where kids who live with that kind of challenge had courage and hope, even if they made mistakes.”

A Chameleon, a Boy, and a Quest gives a voice to the millions of children like Mu who must make painful, irrevocable choices along the path of growing up. Dealing with real themes African children face every day, such as forced labor, the duties of child soldiers and the Ebola virus, Myhre hopes A Chameleon, a Boy, and a Quest will captivate young minds and foster in them a new sensitivity toward the forgotten orphans of the world. “I think our kids are the generation that will grasp justice,” says Myhre. “They know we are all responsible to struggle for those who are oppressed. I hope by giving the poor names and stories, kids everywhere will embrace their struggles.”

New Growth Press now brings the powerful message of this story, originally told from one mother to her children, to all bookshelves, drawing families into a tale about hope, happiness and what it means to be human.

“Written by a true insider, this tale is rich in African texture. This allegory is sure to delight readers both young and old!”
~ Harry Kraus, bestselling author of Could I Have this Dance?

“When Tita the chameleon climbs onto the shoulder of young Mu, he not only sets the African boy on a heart-stopping adventure, but us too. It’s a journey rich in the beauty and wonder of Africa, but it’s also—importantly—a lesson on redemption and sacrifice. Young readers will gravitate to Mu and his animal guardians, but so do the rest of us, too. A Chameleon, A Boy, and A Quest is for all ages a lyrical introduction to the promise and peril of Africa.”
~ Mindy Belz, editor, World Magazine

“The best stories enlarge our understanding of the world, excite our imagination, and make us think of THE story sung by angels in heaven. This book does all of that. It’s a rich adventure full of fantasy, yet all about the truest things in life.”
~ Jack Klumpenhower, author of Show Them Jesus: Teaching the Gospel to Kids 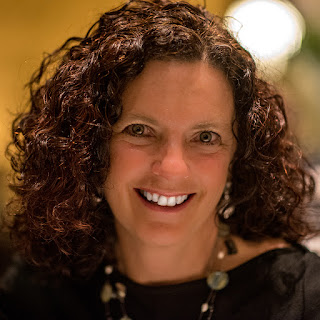 J.A. Myhre serves as a doctor with Serge in East Africa where she has worked alongside her husband, Dr. Scott Myhre, for more than two decades. She earned her medical degree from Johns Hopkins University School of Medicine and completed her pediatric training at Northwestern University’s Children’s Memorial Hospital. She also received a Master’s in Public Health degree from Johns Hopkins School of Public Health.

Myhre works in the AIC Kijabe Hospital, which provides healthcare in the name of Jesus to the vulnerable people of East Africa. She has given a special focus in her work to HIV prevention and nutrition and has invested heavily in training emerging indigenous leaders. Myhre is currently spending one year living and traveling in the U.S., telling others about her work in Africa. She and her husband have four children, all of whom attend university in the States.

For more about J.A. Myhre, her work in Africa and A Chameleon, a Boy, and a Quest, visit paradoxuganda.blogspot.com.