March 23, 2016
Part 1 of an interview with Tom Gilson,
Author of Critical Conversations:
A Christian Parents’ Guide to Discussing
Homosexuality with Teens 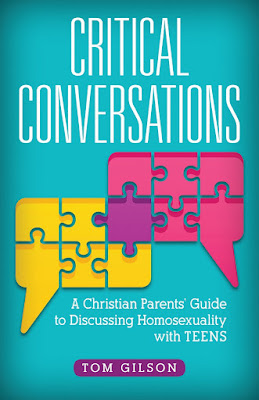 Parents of teens today may have a tougher job in front of them than parents of any other generation in recent history. While immorality has always existed in the world, the Western world has never seen such a time of moral confusion, especially regarding sexuality, gender and the definition of marriage. To help parents cut through the lies and political correctness and find a way to impart truth to their teens, Tom Gilson has written Critical Conversations: A Christian Parents' Guide to Discussing Homosexuality with Teens (Kregel/February 27, 2016).

This is one of the most complex issues Christians face today, and it’s rife with landmines. In Critical Conversations, Gilson describes the efforts by some to paint Christian beliefs as hateful, making many believers hesitant to speak truth for fear of being seen as homophobic.

Q: You describe the content of your new book, Critical Conversations, as the “perfect storm” of awkward parent-child topics. What elements combine for making discussions on homosexuality so difficult?

This topic opens up the threefold potential of intergenerational conflict, young people’s sometimes-accurate belief that their parents are out of touch and, of course, the awkward topic of sex. Conflict in particular can arise because young people are frequently far more accepting of homosexuality and gay marriage than people in their parents’ generation.

Q: Parents sometimes avoid addressing tough subjects such as homosexuality and gay marriage with their kids. Given how difficult it is to talk about, why would a parent even want to have these “critical conversations”?

Parents sometimes avoid the subject because it’s as awkward as it could be, and it’s a contentious issue, often with one generation pitted against another. Parents fear it will start out bad and get worse. Above all they’re not sure they have what it takes to explain why they believe what they believe.

There’s an awful lot at stake. Teens are typically suspicious of the way Christians treat LGBT people, and they see themselves as morally advanced on this topic, compared to their parents’ generation. Tragically, for many this separates them from their own church, from their parents and most significantly from belief in Christ himself. However, with proper equipping, these critical conversations can draw teens back into closer relationship with their parents and give them new confidence to stay connected with Christ and Christianity.

Q: How can a tough topic like this one actually help build parents’ relationships with teens?

Teens appreciate being taken seriously. If parents will talk with them respectfully about this topic, they’ll know they’re being treated seriously. If there are hard questions parents can’t answer, that’s actually OK — as long as the parents stay in the process and seek to uncover the right answer alongside the teen.

This depends, however, on parents being at least moderately well-informed. It’s no help at all (and it’s not respectful to teens) for parents to launch into a discussion in total ignorance! (Teens can tell.)

Of course, it also depends on the parents maintaining the proper position as parents. Teens still need someone at home to act as their authority person. Their need for that changes a lot as teens grow up, but it usually doesn’t go away until after the teen years. But a person who’s in authority should know what he or she is talking about — especially on crucial issues like this one.

Putting all that together, parents who are well-equipped on this topic are in a good position to act as real parents while showing genuine relational respect to their teen. That’s a great way to build relationships with teens. 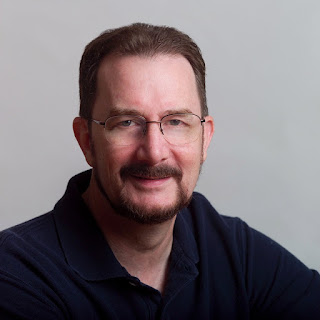 Q: In what ways is parenting teens different today than 20 or 30 years ago? How did our culture decline so far, so fast?

There’s always been immorality, but never before such moral confusion. We’ve lost touch with the moral reality that sexual relationships are for a married man and woman, and that this is for our good. Right is now considered wrong, and wrong right.

In some ways the decline has been slower than it might seem, though. Same-sex marriage arose quickly in our culture, yes, but it came as a direct consequence of a long-term decline in heterosexual morality, by which sex — and even marriage — became practiced strictly for the pleasure and happiness of the couple. It was just a short slide from there to accepting gay and lesbian sex and marriage.

Q: What advice do you have for handling this topic in a way that’s age-appropriate for teenagers?

There’s no need to talk about the sexual mechanics. Most teens know everything they need to know about that already.  What teens usually need instead is to be assured that Christianity is still true and still good in spite of the anti-Christian challenges put forth against them on the Internet, in music, on film and TV and even in the classroom. They need to know how to live as faithful Christians and being authentic friends with those who disagree with them, while keeping proper moral boundaries in place.

Guidance of this sort can be immensely helpful to pre-teens, too, except they may not be ready for detailed explanations. My best advice in that case is to invite questions — lots of questions — and when an answer seems to be going past the pre-teen’s comprehension point, invite another question.

Q: Some parents may even struggle with understanding certain issues themselves. How does Critical Conversations help prepare parents for these difficult conversations?

Second, there is an introductory chapter that briefly describes the social history of homosexual activism. It’s the kind of background knowledge that helps parents be confident they know what’s going on in this issue.

Q: How is the design of Critical Conversations different than other parenting books?

The book is written in three parts:


This third part is where the book is really unique. It lists more than two dozen anti-Christian challenges and explains briefly where these challenges go wrong. But that’s not all. If it were, it would be just another piece of information for parents to absorb. Instead with each one of these challenges I include “Conversation Coaching,” advice for parents on specifically what they can say to their teens to help them deal with the challenge. It’s extremely parent-friendly and practical in that sense.

Q: To get a better understanding of the third section of the book, could you share a few examples of conversations that are included?

I give advice for parents on how to coach their teens when they’re faced with challenges such as: