My week in My Big Fat Greek Wedding Memes

March 31, 2016
As you read right here on my blog last week, I did go to to see My Big Fat Greek Wedding 2. Though I was disappointed in some ways, I am not going in that direction today. I'm trying something different because one quote in particular from both the original and the sequel sums up my week.

This may be my best blog post ever. I will tell about my week thus far in memes from My Big Fat Greek Wedding.

Monday was actually a good day as far as Mondays are concerned.

Part of that was because a lot of people were evidently out of the office for a long Easter weekend (we took Friday). However, on Tuesday I knew that I had to get to work on a big proposal and that was going to be occupying my time. The day didn't start as well. My email started to explode with questions I needed to answer.

(That meme is not actually true, but I wanted to work it in. Besides Voula didn't really mean it.)

Then our publicity assistant who is my absolute right hand called me to say... 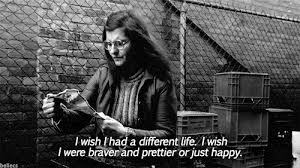 Ok, so she didn't really say that. I shouldn't say that about her either because in reality I'd be all like...

She did say that she was offered an opportunity that was wonderful for her and that though the choice was really difficult she had to take it.

That right there is really all this blog would take, but who wants to end there?

That just means that it's time to accept and resumes. 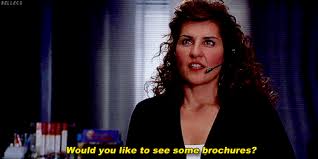 What I have found out is:

And by Greeks, I mean "book publicists."

As you read through resumes, you realize 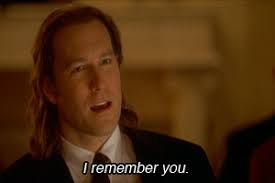 but not in a good way. Because sometimes you have actually heard from this person before.

I was sort of interested in what one said until I realized...

We are a team of all women, but along comes a guy on Facebook asking questions about what working in PR is like.

But within the batch of submissions, there are a few possibilities that you begin to think you could actually say,

In between all of this, I'm still trying to work on a proposal that impresses.

I am not sure that gif is entirely appropriate for the situation, but it's the only way I can work it in.

There is one thing I know for sure. Within 48 hours (which corresponded to this morning) my stomach and head both hurt something fierce.

Even with my stomach in knots... I decided I need to get out of the house and take a break, so I asked my friend Angie if she could go out for lunch today. Other than church last night, I had not been out of the house since Sunday night when I got home for church.

No, I'm not Greek Orthodox, but this is a loose telling of my week.

We don't have a Greek place in town, so we had to settle for Mexican. Angie asked for double rice, no beans, and the kitchen did both of our plates with double rice. 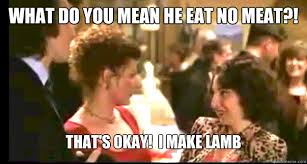 One thing I have learned through all this week and am keeping in mind as I search out my new assistant...

Christen E. Krumm said…
This is the best thing ever.

Audra Jennings said…
I thank you my friends. Maybe I will try this kind of thing again sometime.
April 1, 2016 at 9:41 AM

Eunus Khan said…
This is such a great resource that you are providing. I love seeing blog that understand the value of providing a quality resource for free. Memes on Easter Day
March 8, 2018 at 8:32 AM