October 14, 2017
Catherine Marshall’s Christy
celebrates its 50th anniversary
A new edition of the classic story of determination and devotion to be released 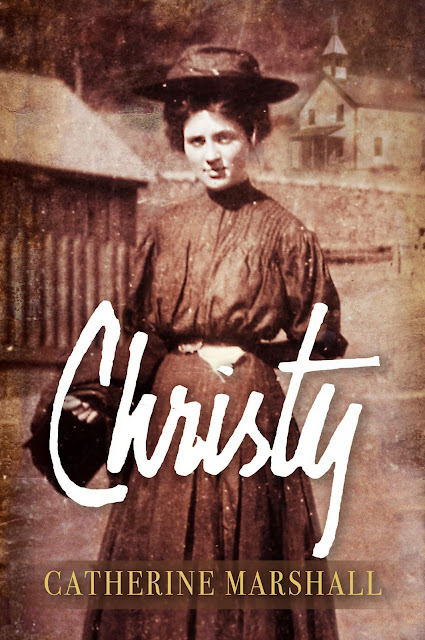 Some stories are evergreen, their themes and lessons standing the test of time and connecting with readers generation after generation. One such book is Catherine Marshall’s Christy (Evergreen Farm, an imprint of Gilead Publishing/October 17, 2017/ ISBN 9781683701262/$24.99), originally released in 1967 and now celebrating its 50th anniversary with the release of a new hardcover edition and its first-ever release as an e-book. Based on Marshall’s mother’s life, the story of Christy is one of determination, devotion and commitment to making a difference in the world.

Christy landed on the New York Times list on November 5, 1967. Since then, more than 10 million copies have been sold worldwide, and the book blazed a trail for the new Christian fiction genre. In 1994, more families were introduced to the beloved character, Christy, and to the works of Marshall when the story inspired a CBS television movie pilot starring Kellie Martin that was so well received, it became a TV series.

“The story of Christy has endured because of its timeless themes. A young person, barely 19, is inspired to contribute her time and talents to make a difference,” states Nancy LeSourd, Evergreen Farm’s publisher and spokesperson for the Marshall family. “Christy is a tale of courage, determination, and passion. Christy and other key characters in the novel have to learn how to take who they are, and what they have to give, and serve a community that challenges them in ways they cannot anticipate. Even though the story took place 100 years ago, these key characters’ approaches to making a difference is not unlike the Millennial generation today.”

In conjunction with the bestselling book’s Golden Anniversary, the e-book will be available for the first time. Readers can purchase the digital edition through online retailers, and libraries can now include the digital book in their OverDrive collection. Its re-release will introduce a new generation of readers to the story that has delighted millions and inspired many authors in the Christian genre. Christy will also mark the first release under Gilead Publishing’s Evergreen Farm imprint, specializing in books written by both Catherine Marshall and Dr. Peter Marshall.

“There is a whole generation of readers who aren’t familiar with Christy, and we want to introduce them to her story,” explains Dan Balow, CEO and Publisher of Gilead Publishing. “Our intention was to create a book to be read, not placed in a shelf as a keepsake, so readers won’t find commemorative features. The book being available in digital format for the first time is an avenue of reaching a vast new audience.”

The Christy Awards™, the industry's premiere award program for recognizing excellence in Christian fiction, was named in honor of the book. This award promotes the power of story written from a Christian worldview in nine categories. This year’s The Christy Awards™ will be awarded November 8, 2017, in Nashville in association with
The Evangelical Christian Publishers Association’s (ECPA) Publishing University (PubU) and The Art of Writing conference.

Learn more about the 50th anniversary of Christy plus download a free map of Cutter Gap by visiting www.christybook.com. Readers can also keep up with news on future Evergreen Farm releases via Facebook (@gileadpublishing) and Twitter (@GileadPub).

Catherine Marshall (1914-1983), the New York Times best-selling author of 30 books, is best known for her novel Christy. Based on the life of her mother, Christy captured the hearts of millions and became a popular CBS television series. Around the kitchen table at Evergreen Farm, as her mother reminisced, Marshall probed for details and insights into the rugged lives of these Appalachian highlanders.

She also shared the story of her husband, Dr. Peter Marshall, Chaplain of the United States Senate during World War II, in A Man Called Peter. The movie version, an immediate box-office hit, was nominated for an Academy Award. A decade after Dr. Marshall’s untimely death, Marshall married Leonard LeSourd, Executive Editor of Guideposts. The writing team collaborated often at Evergreen Farm on Christy and 17 other books.

Nancy LeSourd, is the daughter-in-law of Catherine Marshall and spokesperson for the Marshall and LeSourd families. She grew up in Atlanta, Georgia, during the turbulent civil rights era of the 1960s, where she learned first-hand as a teenager the impact that a young person can have on history. She taught history in middle school and high school before becoming a lawyer and has more than 30 years of experience as an intellectual property attorney, helping nonprofit organizations maximize their publishing assets.