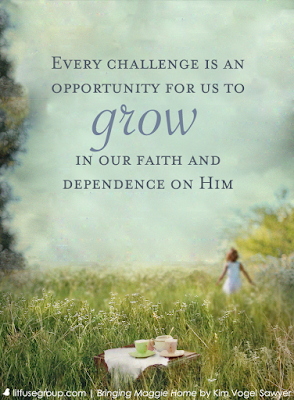 Part 1 of an interview with Kim Vogel Sawyer,
Author of Bringing Maggie Home
Mother-daughter relationships can be complicated. When secrets from the past are involved, the best of intentions can be entirely misunderstood. Bringing Maggie Home (WaterBrook/September 5, 2017) by award-winning author Kim Vogel Sawyer explores the hearts of three generations of women whose lives have been shaped by the 70-year-old unsolved mystery of 3-year-old Maggie Blackwell. 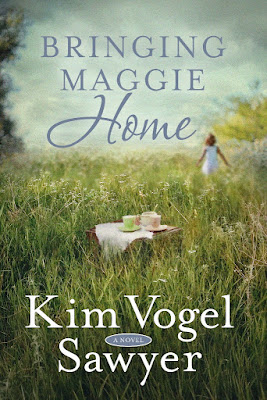 I think it’s inevitable that personal experience finds its way into every story because writing is an intensely personal activity, and we tend to write from the view of our own “life’s glasses.” I didn’t have the privilege of a relationship with my grandmothers — they both died when my parents were children — but I had Tantie, a dear woman who was an important part of my life until her death on my 16th birthday. She filled the role of “grandma” for me, and much of the advice Hazel gives to Meghan are gems of wisdom passed from Tantie to me. Diane (Hazel’s daughter and Meghan’s mother) tells Meghan at one point, “I did the best I could with you, and everything I did was out of love.” This is so true for me with my three daughters. I loved them endlessly, but that didn’t mean I made no mistakes with them. We enter any relationship with the best we have to offer, and we pray it will be enough.

Q: When there are strained relationships in families, someone often gets put in the middle as a mediator. In what ways is this unfair to the third party involved?

Oh, poor Meghan. She loved her mom and her grandma, and the great divide between them was more painful for her than it was for Hazel and Diane.

Can you imagine being the “rope” in a tug-of-war game? Being trapped as the “middle-man” is no less uncomfortable, and it really isn’t fair to the individual because they end up less a mediator (guiding two opposing sides into agreement) than a complaint department for both parties. All a middle-man can do is defend one side or the other; they can speculate but not really know the problem at its root. It’s best for the two differing parties to come face to face and talk things out—not in an accusatory way, but to illuminate the issues and eventually find a way to forgive and start fresh.

Q: Carrying guilt and fear can be detrimental to ourselves, but how can it overflow to those around us?

I’ve heard it said we all are products of our past experiences. For instance, after being bitten by a dog, most people are uneasy around dogs. They would then, whether intentionally or unintentionally, convey that fear to others, who become uneasy around dogs, too. Thus, a person who might have loved having a dog as a pet, misses the opportunity because of someone else's fear. We learn by our own experiences, but we also learn from observing others’ actions and reactions. Healthy fears as well as unhealthy ones are passed on in this observation process.

Q: Hazel was a child when her younger sister disappeared one day when they were out together, and she has always felt responsible for what happened. How did she overcompensate for that loss when raising her daughter, Diane?

Hazel vowed never to be so irresponsible again, and she kept careful watch over her precious Margaret Diane. This, in itself, was very loving — she wanted her daughter to be safe. However, the “careful watch” was viewed by Diane as an overprotectiveness that smothered her. When Diane became a parent, determined not to imitate her mother’s cloying presence, she did the opposite and gave Meghan free rein . . . so much “free rein” Meghan sometimes questioned whether her mother really cared about her. Extremes in any behavior have the potential to result in the opposite of what we intend. This was seen in the relationships between Hazel and Diane, and Diane and Meghan. 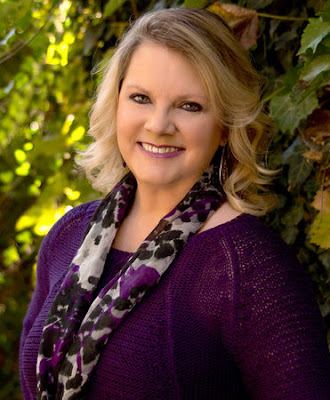 Q: How did what happened in Hazel’s childhood impact her granddaughter, Meghan, and in turn Meghan’s relationship with both her mother and grandmother?

Hazel’s experiences colored her means of parenting; Hazel’s means of parenting prompted Diane to choose a different pattern. Meghan was exposed to what she perceived as indifference from her mother and lavish affection from her grandmother. Although she loved both women, she felt more loved by her grandmother and wanted to spend extra time with her, which of course stirred jealousy from Diane. It’s interesting that both Hazel and Diane loved Meghan fiercely, but they chose very different ways of expressing it. Each of the women had a different opinion about the way she showed love. We are all unique!

Learn more about Sawyer and her books at www.kimvogelsawyer.com, on Facebook (KimVogelSawyer.Author.Speaker) or by following her on Twitter (KimVogelSawyer).