The Other Shoe Drops

At 20 weeks pregnant, Lindsey R. Dennis and her husband were told the child she was carrying would not live due to a fatal diagnosis. Later, in another stunning blow, they were told the same news with her second pregnancy. They chose to celebrate both lives alongside a community, both local and online, of hundreds of thousands as she carried each child to term only to bury them 14 months apart from each other.

Through the crushing of their hopes and dreams, they came to know the kind of resurrection hope that can rise from the grave. This experience of infant loss revealed to Dennis how sorrow and suffering are instruments in the hands of God to forge in us a greater joy and hope than one can ever know. This kind of joy can only be discovered when we walk through the deep pain of burying our most precious dreams.
Buried Dreams offers an uplifting perspective, sharing how devastating loss of personal dreams can give way to unimaginable hope and how death can give way to life. Framing her own story of staggering loss and soaring hope with biblical perspective, Dennis highlights that we can never plan for the unexpected turns of this life that sometimes lead to great personal suffering, but we can reach for the One who is there with us in the loss. 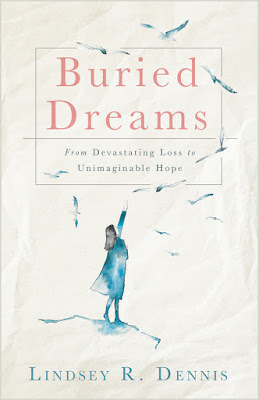 The Other Shoes Drops

Our challenge in dry and dark times is to respond in simple faith—
to believe that the unseen Divine Shepherd is with us in our unlit valley.
We grope in hope until rays of light begin to push the night away.
—Dr. Timothy S. Laniak
Four months after Sophie had passed away was the turn of a new year and the hope that this would be the year that would bring more joy than pain. My word for the year: Joy.

I had written in my journal at the beginning of the year the words of David from the Book of Psalms: “Weeping may last for the night, but a shout of joy comes in the morning” (Psalm 30:5b). I hoped that this would be the year we would get to bring home a little baby. I hoped God would continue to bring healing to my still-broken and grieving heart, and I hoped God would continue to point others to Jesus through the life of Sophie. I had my ideas of how God would unfold what that joy would be. But I had no idea how differently He would choose to answer my prayers for what I hoped 2014 would hold for our family, for me, for another child.

Two months into the new year, just six months after welcoming Sophie into the world and saying goodbye, we were pregnant again. I was hopeful, and yet fear gripped my heart more easily this time.

I knew now that tragedy befalls us all, often unexpectedly, and I no longer was naïve to think it only happened to others. I understood tragedy could happen at any time and at any place. And though I recognized that God was in control, His sovereignty left me feeling less, not more, secure. I feared what tragedy He would ask us to endure next.

I wrestled with trusting God with the future of this baby as we waited the week we would be able to find out if this child carried the same condition as Sophie. The mere thought of walking through carrying another child who would not live induced near panic.

“I cannot walk through this again, God; do not make me do this again,” I would often say with both a demanding and pleading spirit.

Doctors, nurses, friends would try to calm the fears with comments like, “We’ve never seen it happen twice” or “There’s no reason to think it would happen again” or “I’m sure everything will be fine.” I wanted to hold onto their words with hope. Yet I realized in the recesses of my heart that no one had the ability to make those kinds of guarantees.

A month before we would be able to find out whether this child was sick or healthy, the fear of walking through another loss overwhelmed me. But I stumbled across a small paragraph from a man named David Guthrie, who had lost two children, in a devotional I was reading. And his words struck me to the core:

“‘I spent my life waiting for the other shoe to drop. The shoe has dropped. I had thought I was invulnerable. Now I know better. I thought, Our child has died. How much worse can it get? There’s less to fear. God will be enough for us. Now we say it out of experience.’”

Guthrie was speaking right to my heart in those moments. I was living in fear of the next shoe dropping. Ever since Sophie passed away my fear had been: “Lord, who will You take next? What’s the next thing to drop in my life?” I didn’t have that same confidence that Guthrie spoke of. My view of God had been both rooted deeper and shaken. I wanted things to go my way this time—or at least my idea of what would be fair and right and good.

My mind was fixated on fears of the future instead of living in the reality that His grace would be sufficient for me in whatever He asked me to walk through now, not later. I often forgot how God was enough for us as we walked through the life and death of our daughter, Sophie. Yet underneath all of my fears I was mostly confident that He would be enough for us in whatever He asked us to walk through next. I just didn’t want there to be another “next” hard thing. Would I trust Him for today and not what I feared tomorrow would bring? 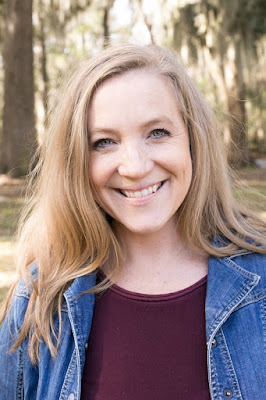 Lindsey R. Dennis has worked with Cru for more than 15 years. She has served in international locations, as well as universities in the States, and takes great joy in getting to invest her life in students from a variety of cultures and backgrounds.

Dennis also writes and speaks on what God has done to bring hope and healing in her life through the life and death of her first two daughters. Within a few weeks of learning the news of her first daughters’ diagnosis, she began to blog about her unfolding story of hope and loss. Within the first week she had thousands of views and within two years, she had 1.5 million pageviews and 400,000 unique visitors. Dennis loves to share with others what it looks like to know God in the midst of suffering and how to trust Him with the pen of their stories. In addition to her own blog, she is also a contributing writer for www.hopemommies.com and www.stillstandingmag.com.

She lives in Orlando, Florida with her husband, Kevin. They have 4 children, Sophie and Dasah who now live with Jesus, and Jaden and Briella now in their arms.

You can follow more of Lindsey Dennis’ journey and writings on her blog, www.vaporandmist.com. She can also be found on Facebook (Vapor and Mist), Twitter (@lindseyrenae) and Instagram (@lindseydennis_).
Abingdon Press Buried Dreams grief infant loss Lindsey Dennis loss