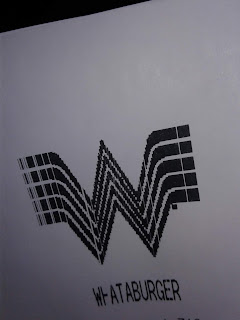 Just in case this post comes across as complaining, let me say up front that it is not. I think it's funny.

We sat out this morning, Thanksgiving Day, to head to Cypress for a two-day craft show. We picked this particular event in part as a mini giveaway and part avoiding potential family drama.

The plan was to stop at Cracker Barrel for Thanksgiving lunch when we got to Conroe, then check into the hotel in time for Dad to watch the Cowboy game.

Do you know me and plans?

We are in two different cars so that we have one to run around in without a trailer attached and to also have extra books in case we sell a lot, especially since it's a two-day event.

First planned stop: Buc-ees in Madisonville. Let me just say that you haven't seen anything like Buc-ees on Thanksgiving. If you live outside of Texas and don't know what Buc-ees is, it is a very large gas station and convenience store that boasts "The #1 place for #1" aka the cleanest, best restrooms you could stop at. There's also a gift shop and lots of food options considering what it is. It's a humongous place and everyone on the road coming through stops at Buc-ees. There were a whole lot of people traveling today. Think Walmart on Black Friday morning.

We head back out on the road and get to Conroe where there was no parking at Cracker Barrel and the line was insane. We decided the wait would be too long, and we'd go to the one in Cypress. Hopefully, a little later in the afternoon, the line would be shorter.

The reasoning made sense.

I do note that Whataburger was open in some town along the way. I was sort of watching for what else might be open.

We make it to Cypress. We get to Cracker Barrel. There are a few people in the rocking chairs out front, but the line doesn't seem incredibly long. We go to put our name in... The wait is three hours. Evidently, everyone put their name on the list, then left for a while. We just left.

"Maybe we can come back to night," Dad throws out there. I knew that wouldn't be too likely.

So, we go to check in at the hotel. Dad's following, but almost gets lost. We keep calling back and forth. I had the GPS on my phone going, but it would only talk out loud when Dad was on the phone for some reason. Like literally, through the Bluetooth.

We all agreed IHOP was off the list. A recent bad experience.

Applebee's was open though. We go in to a fairly empty restaurant where the "host" was fairly obsessed with folding children's menus and putting the crayons in and that's about it.

We were told the wait was 45 minutes. Huh? Did we hear that right? We sit down in the waiting area. Another family walks in. Yep, heard it right. It's a 45 minute wait. What?

Turns out that there were only two servers and the kitchen was backed up because most of the staff called in.

Noticing we would be getting close to kickoff time, and you don't want to mess with Dad planning to watch the Cowboys, we asked the bartender about how long a to-go order would be. We'd order and come back in a little while. We are staying at the hotel back there... They had to find the "To-Go Specialist" and ask her. First of all, they have a To-Go Specialist and she actually showed up? Well, we don't really know. Since they were asking around for where she might be, we decided we should go ahead and admit defeat and leave.

So, we drive around the immediate area and I just say, "Let's find the closest Whataburger and be done with it." 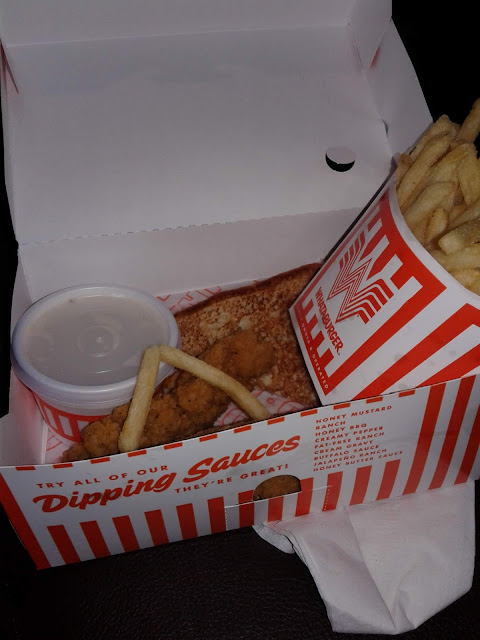 So that we did.

We ordered chicken strip dinners and took them back to the hotel to eat in the room.

That qualifies as the major categories of a Thanksgiving meal, right?

Dad says, "In all my years, I've never not had turkey and dressing on Thanksgiving day."

I kind of doubt that because he did go to the football game one year that I know of. I think he skipped the turkey part in Branson a couple of years ago too.

Anyway, we'll just have to do turkey and dressing at Christmas.

Buc-ees and Whataburger... Not sure it gets more Texas than that.

In all honesty, they may have been the best Whataburger chicken strips I have ever had.