With EveryPlate, all the ingredients come in a box to make meal planning easier, but you still have to cook. I think the recipe cards lie. It takes way longer to cut, chop, prep and cook. It's definitely not a time saver, but I'm going to keep at it for now.

Here's what I thought about this week's recipes as I venture to cook more.

My first recipe to try was the sloppy joes. 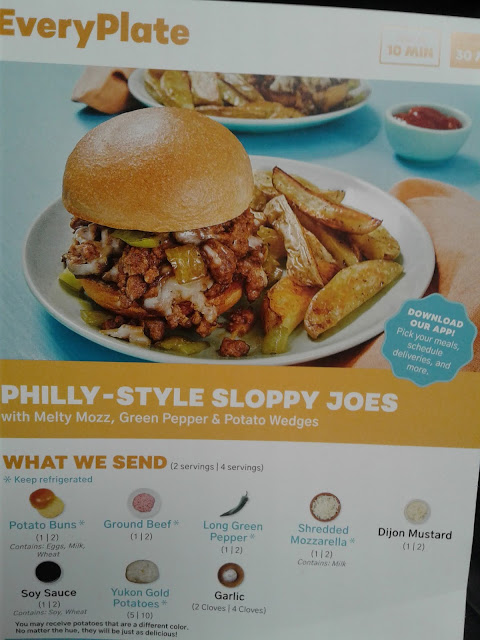 I was a little leery of the soy sauce. I'm not a fan of Asian flavors. I also don't know anything about cloves of garlic.

My phone camera takes horrible pictures as proven here. If you squint in to focus, it looks pretty good. 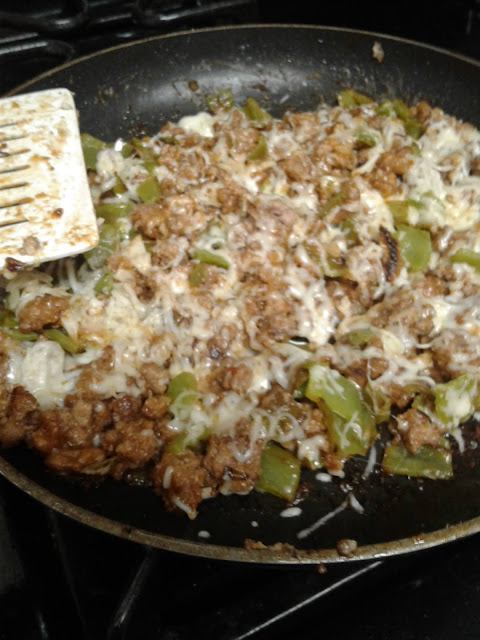 I've also never been a fan of homemade French fries. The roasted potatoes were so-so. Probably going to take some practice to get them right. 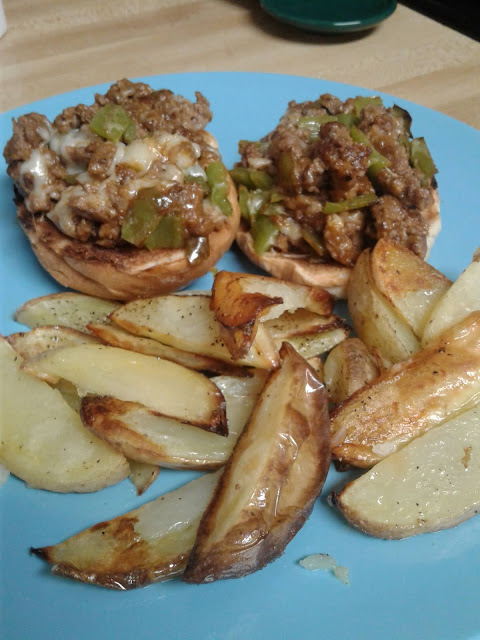 For a first meal, that was really good. Not something I would usually fix on my own, but would be easy to recreate again. I like the texture of the ground meat and thought it was better than store bought.

The second recipe had couscous. I've never had couscous in my life, so had no idea what to expect. 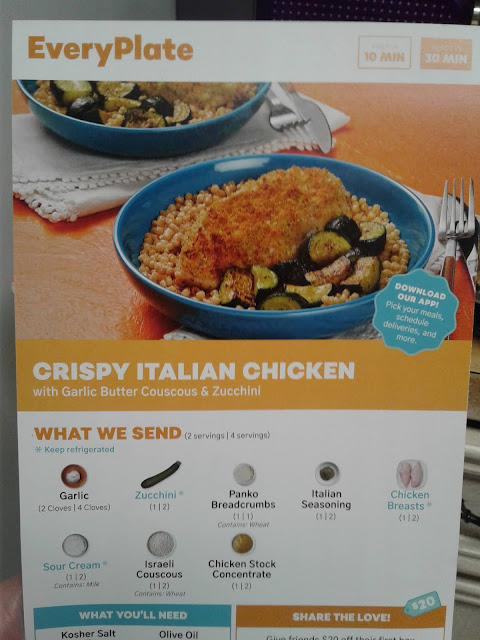 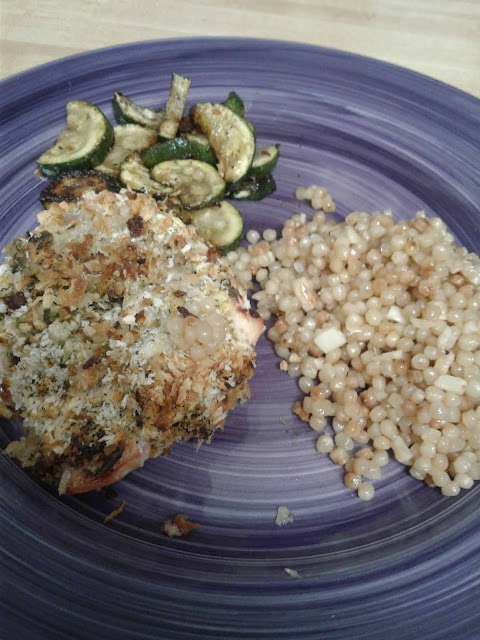 I don't have the fresh garlic thing down yet, so it was a little much in the couscous. I guess I cooked the couscous right. I'd eat it again. I don't usually pan cook chicken, and it took longer to cook than the recipe said. I knew it would. I think there are faster ways to cook zucchini than to roast it too. However, all round, this was really good.

The third recipe in my box included rice. Other than eating Mexican rice at a restaurant, I don't eat rice. I've never liked rice. Thought I'd give this recipe a try. 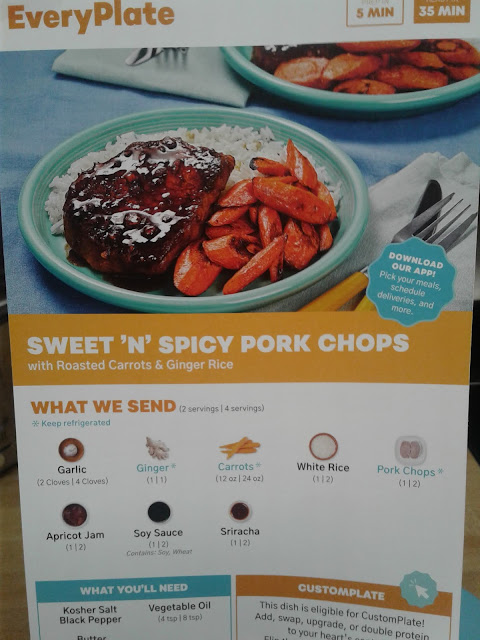 I skipped the Sriracha because I didn't want that kind of kick. The gravy/sauce was great without it.

I kind of wonder why you always pan cook the meant and roast all the vegetables. That seems to take forever.

The rice was horrible by the way. I cooked it as directed, but it was not done. It was crunchy. Rice isn't supposed to be crunchy unless it's Rice Krispees. Also, I thought the ginger and garlic in it was horrible. I'll be skipping rice choices from here on out. If you want to give an EveryPlate box a try, you can get 2 or 4 servings and 3, 4 or 5 recipes a week. I get three meals, two servings of each. They have a really good trial price, and even after your first three weeks, the price is lower than any of the other meal plans out there. There are about 12 choices per week. Usually there are a couple of veggie options, and there are a couple of "premium" options where you can upgrade for a little extra cost.