My Halls Have Been Decked... At Least My Entry Hall Has

I bought a new Christmas tree this year because I was so tired of assembling 10 levels of Christmas tree branches. Actually, more so than that, I broke the base of my tree last year and was pretty sure the Super Glue that Dad used to put it back together wasn't going to hold. I'd been wanting one for the former reason anyway, but I was being picky. I didn't want it to be so thin that I saw through it.
I'm surprised the last one lasted as long as it did given how many stupid fake needles it shed every year in the put up/take down process.
What I learned about this three part Christmas tree is that assembling the branches weren't any better. While some of the branches are plastic and don't lose needles a lot of them still are. I even bought the more expensive one. Home Depot had one on Black Friday sale for $79 for the month of November, and I still bought the $199 right next to it because it wouldn't lose as many needles.
I started it last Saturday night and it took me a week to have everything up, and I just decorated one room. Laziness, I guess. Actually, more like busy and OCD.
Even though the tree was pre-lit, I had to add purple lights, you know.
I even took a trip along the way to Big Lots -- the first store other than Home Depot I've been in for quite some time to get garland when I got an itch to go to Hobby Lobby. Can you believe I haven't been to Hobby Lobby since Christmas Eve last year? I can't either. I'm trying to remember if I might have been there in February, but I don't think I did. I think it's legit been since last Christmas Eve. A sign of how insane 2020 has been.
I usually get really depressed decorating for Christmas. One reason hinging on who is going to see it other than me? It's a loneliness thing. This year knowing especially with COVID around there wouldn't be a party or otherwise, it actually didn't bother me.
A look around the living room... 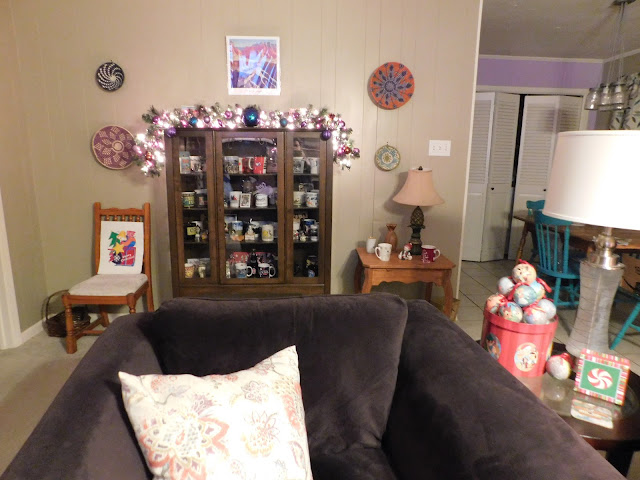 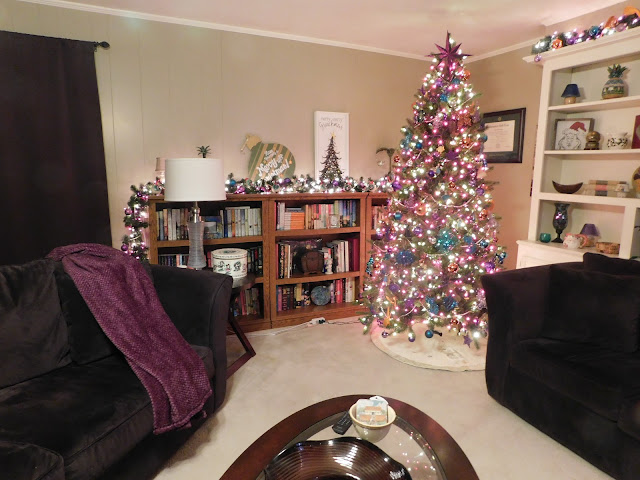 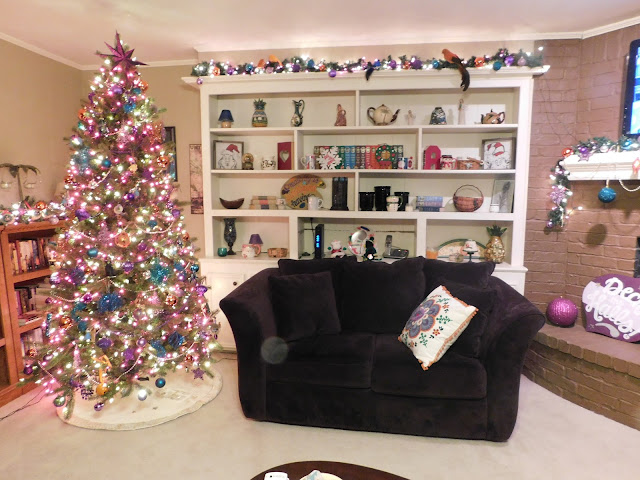 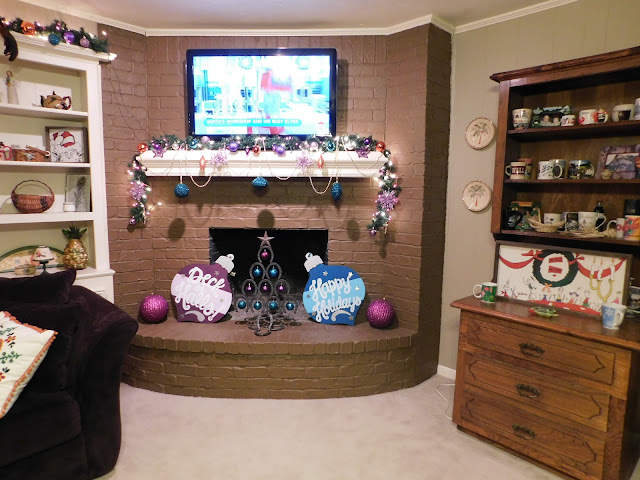 I really wanted a pink poinsettia for my front porch. I ended up with more than a pink one. I ended up with four. And with some cold nights coming up, they are in my house instead of on my porch!
Originally, I had them on the fireplace hearth, but realizing they would get ZERO sun whatsoever, I put them on my entry way bench so they'd get sun coming through during the day. One is unlike any Mom nor I had ever seen. Those red ones are called Texas Rose or something like that. Hopefully, I can keep them alive after Christmas. 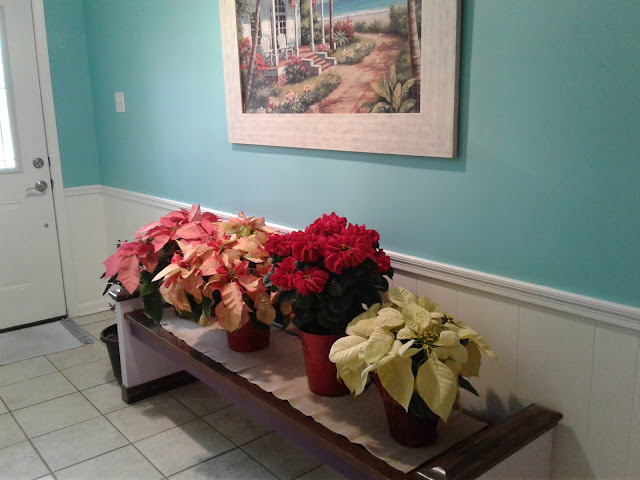