One of our activities at the Stockyards was the Cowtown Cattlepen Maze. It was my auntly duty to go in with the girls. I had to fight them to convince them we had to eat something first because I was feeling a bit woozy.

It was about 5:00 and had only had 3 1/2 cheddar peppers since breakfast. Going through a maze would not have bothered me in the past, but I've developed some claustrophobia or something. I'll blame it on being stuck in the truck through Custer State Park. The thought of going in the maze surprisingly a little hesitant. I didn't want to pass out.
This picture is an overview of a large part of the maze. 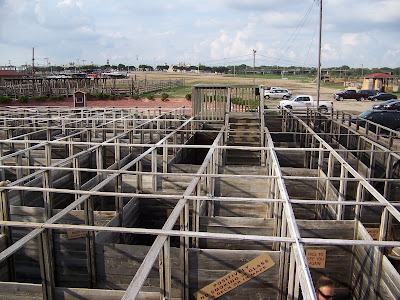 So, anyway, after we ate, in we went.

Paige demanded that she was going to do it all by herself, so Peyton and I needed to head on in. A couple of years ago, Peyton led me plum through a mirror maze in Branson, so I figured she could wiz me right through this one. Well, she ran ahead of me and it was each of us on our own.
Here is me and Peyton as we made our way in. Yes, that is another tattoo on her cheek (opposite one of last time), but she got this one off before church this morning with rubbing alcohol vs. the wash cloth like last time. 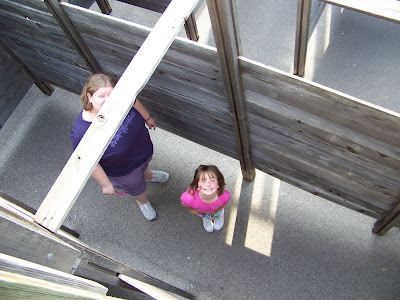 And here is Paige as she entered. 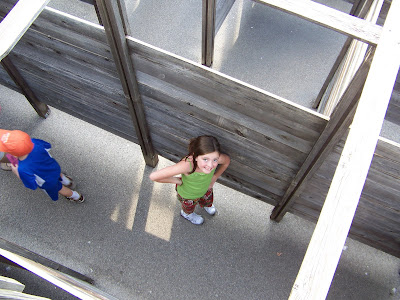 Not only did you have to find your way out, but you had to find find four letters - M-A-Z-E and punch your card. I got to wondering round and round unable to find all of my letters. My parents were watching overhead laughing. I did not find it funny. If Mom were down in the maze, she'd be freaking out. I mean freaking. She held on to me so tight in the above mentioned mirror maze the first time we went through it that I swore never to take her through one again. At least Dad acknowledged what a good aunt I was. This picture is me telling them to quit talking to me. 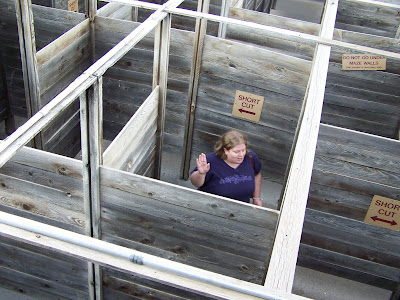 At one point, Peyton was on the other side of a wall, and she yelled for me to come there. Like it was that simple!

Paige swears to me that she was behind me yelling at me one time and I ignored her. I did not knowingly do so. Here I am wondering around again. 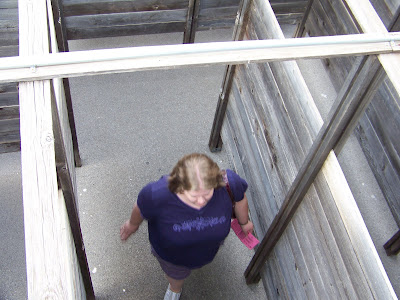 I was yelling for anyone who was listening, "does anyone know where the 'Z' is?" I was asking everyone I passed.

Finally, I found the "Z", the letter I had left and was about to high tail out of there regardless of who was left wandering around in there. Yes, I would even leave a five year old to fend for herself.

Right as I was heading from the "Z" to the exit, I ran into Peyton, who also needed the "Z", we punched her card, and exited, punching in at 19 minutes. 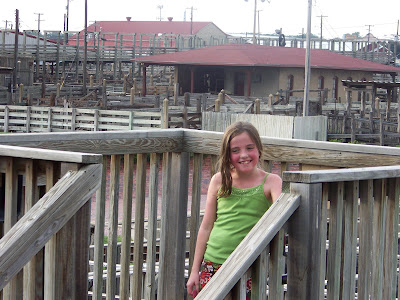 then I kept telling her as best I could to find the illustrious "Z" as best I could. I couldn't see over the wall that the letter was hanging on from where we were perched.

Finally, Paige made it out in 31 minutes.
Posted by Audra Jennings at 9:48 PM