Are the leaders of our country undercutting the Rule of Law? 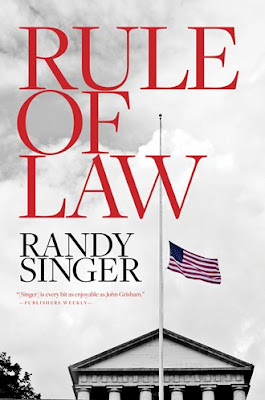 In a world of political accusations and threats of war, what does the public need to know, and what is better left unsaid for our own protection? Are our leaders following the Rule of Law or acting outside it? In his latest legal thriller, Rule of Law (Tyndale House Publishers/September 5, 2017/HC ISBN 978-1-4964-1815-9 $24.99/SC ISBN 978-1-4964-1816-6 $15.99), award-winning author and attorney Randy Singer weaves a gripping page-turner that explores the inner workings of the White House, the CIA and the State Department in dealings with foreign governments. Drawing from one of his own recent cases, Singer gives readers a glimpse of what is really going on behind the headlines of today’s international events.

Equal parts legal, political and military thriller, the story begins with a SEAL raid on a Yemen prison. For the members of SEAL Team Six, it was a rare presidential mission, monitored in real time from the Situation Room. The Houthi rebels had captured an American journalist and a member of the Saudi royal family. Their executions were scheduled for Easter Sunday, but the SEAL team would break them out.

When the mission results in spectacular failure, the finger-pointing goes all the way to the top. What did the president know, and when did she know it? Did the president play political games with the lives of U.S. service members? Paige Chambers, a determined young lawyer, has a very personal reason for wanting to know the answer. The case she files will polarize the nation and test the resiliency of the Constitution. The stakes are huge, the alliances shaky, and she will be left to wonder if the saying on the Supreme Court building still holds true. Equal justice under law makes a nice motto, but will it work when one of the most powerful people on the planet is also a defendant?

Singer speaks with authority as a practicing attorney with expertise in anti-terrorism cases. He wrote Rule of Law to use fiction as a tool to bring to light the facts of what is happening in our world today and how these issues affect real people. He explains, “I want to share the rippling effects of what is really going on right now and why it’s important we are talking about these issues.” 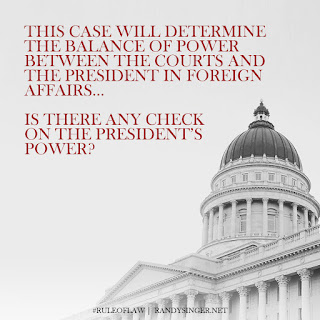 “A sharply written and immensely compelling legal and military thriller.  It’ll keep you riveted, while raising thought-provoking questions about the morality of how leaders wage war in our time.” 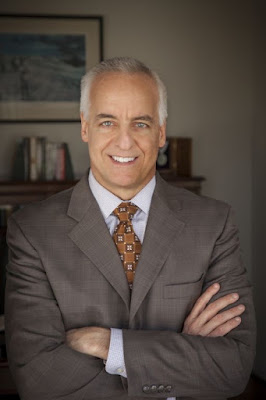 Randy Singer is a critically acclaimed author and veteran trial attorney. He has penned more than 10 legal thrillers, including his Christy award-winning debut novel, Directed Verdict, and ECPA’s 2015 Christian Book Award winner for fiction, The Advocate. He was also named a finalist, along with John Grisham and Michael Connelly, for the inaugural Harper Lee Prize for Legal Fiction sponsored by the American Bar Association and the University of Alabama Law School.

In addition to his law practice and writing, Randy serves as a teaching pastor for Trinity Church in Virginia Beach, Virginia. He calls it his “Jekyll and Hyde thing” — part lawyer, part pastor. He also serves as Attorney in Residence and Director of the Singer Civil Litigation Practicum at Regent Law School.

He and his wife, Rhonda, live in Virginia Beach. They have two adult children. Visit his website at www.randysinger.net.
legal thriller military thriller Randy Singer Rule of Law suspense Tyndale