Davis offers a real picture of the life of orphans

The new movie Orphan takes a look at a family adopting a little girl from Russia who is not what she seems. While the movie attempts to entertain the masses with horror, around the world, orphans are facing horrendous conditions unlike anything Hollywood could produce. Tom Davis, CEO and President of Children’s HopeChest, is passionately working to alert the public about the real plight of orphans around the world.

Two weeks ago, Orphan, or as the Washington Post referred to it, a "depraved, worthless piece of filth...a high-gloss horror show about a well-meaning couple who bring home a 9-year-old girl to join their family, only to discover, way too late, that she's a homicidal psychopath" was released in theaters. The widespread criticism of Orphan is showing up in both the mainstream media (New York Times, New York Times 2) and also in Christian news sources as well. (See Orphans Deserve Better) 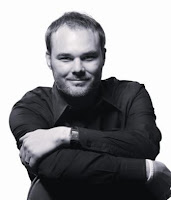 Children’s HopeChest CEO Tom Davis says, “The true horror, as pointed out by the Orphans Deserve Better site, is not the Hollywood over-hyped stereotype of an adoption gone homicidally off the rails. There's ample evidence on both sides of the older orphan adoption discussion, and I think all would agree that this movie doesn't help the 150 million children without families. That's the real horror. If you want a good horror story about orphans, I've got plenty that will turn your stomach and wrench your heart. Imagine, for a moment, the impact that the film's producers could have had by investing the film's budget in cleaning up some of the real horrors facing orphaned kids today.”

Children’s HopeChest was founded in 1994 by helping orphans in Russia. After the fall of communism, nothing was being done to help the millions of children who were institutionalized by the state. Most of the children were kicked out at fifteen or sixteen and they didn’t have the ability to survive. In fact, 70% of the girls ended up in prostitution. The idea of Hopechest is to help these kinds of kids have the chance at the kind of life a family kid would have. “We help to meet the same needs for orphans that you and I would meet for our own children - food and clothing, but also loving relationships, medical care, and perhaps most important, an education. We also specialize in helping kids make the transition out of orphanages and into young adulthood,” states Davis.

The United Nations estimates the world orphan population to be over 143 million children. Poverty, war, disease, and AIDS are the primary enemies of children across the globe, leaving those who are robbed of their parents at-risk for criminal behavior, prostitution, drug abuse, alcoholism, and suicide. Davis offers readers a sweeping narrative that explores these most critical social concerns in his debut novel. Scared: A Novel on the Edge of the World (June 2009/David C Cook) delves into the lives of a photojournalist struggling to redeem his past and an African orphan fighting for survival. Davis’ book is based real situations he has witnessed while working with orphans in Africa.

In Scared, Davis, also the author of Red Letters and Fields of the Fatherless, weaves a beautiful story of redemption that takes place in a world far away from our own. Readers will discover, along with Stuart, that, “Sorrow is a part of life, but our tears can leave us with clearer sight, if we look to God.” True “fiction with a conscience,” Davis’ novel is the first in a planned series of three. Narrated in the first person by both Stuart and Adanna, Scared offers a unique perspective on the tragedies taking place in Africa today and encourages readers to step out and help the “least of these.”

In coordination with the release of his book, Davis and Children’s HopeChest have developed the Scared $1 Million Education Fund and Writing Contest. The contest was launched June and is open to high-school aged orphans who are presently connected with HopeChest carepoints in Swaziland. Entries will be received in three categories: short story, poetry, and personal essay/memoir. The grand prize for each category is a university scholarship, and runner-up submissions will receive other prizes appropriate to their culture and need.

"Scared," by Tom Davis from David C. Cook on Vimeo.