I wouldn't mind going into hibernation 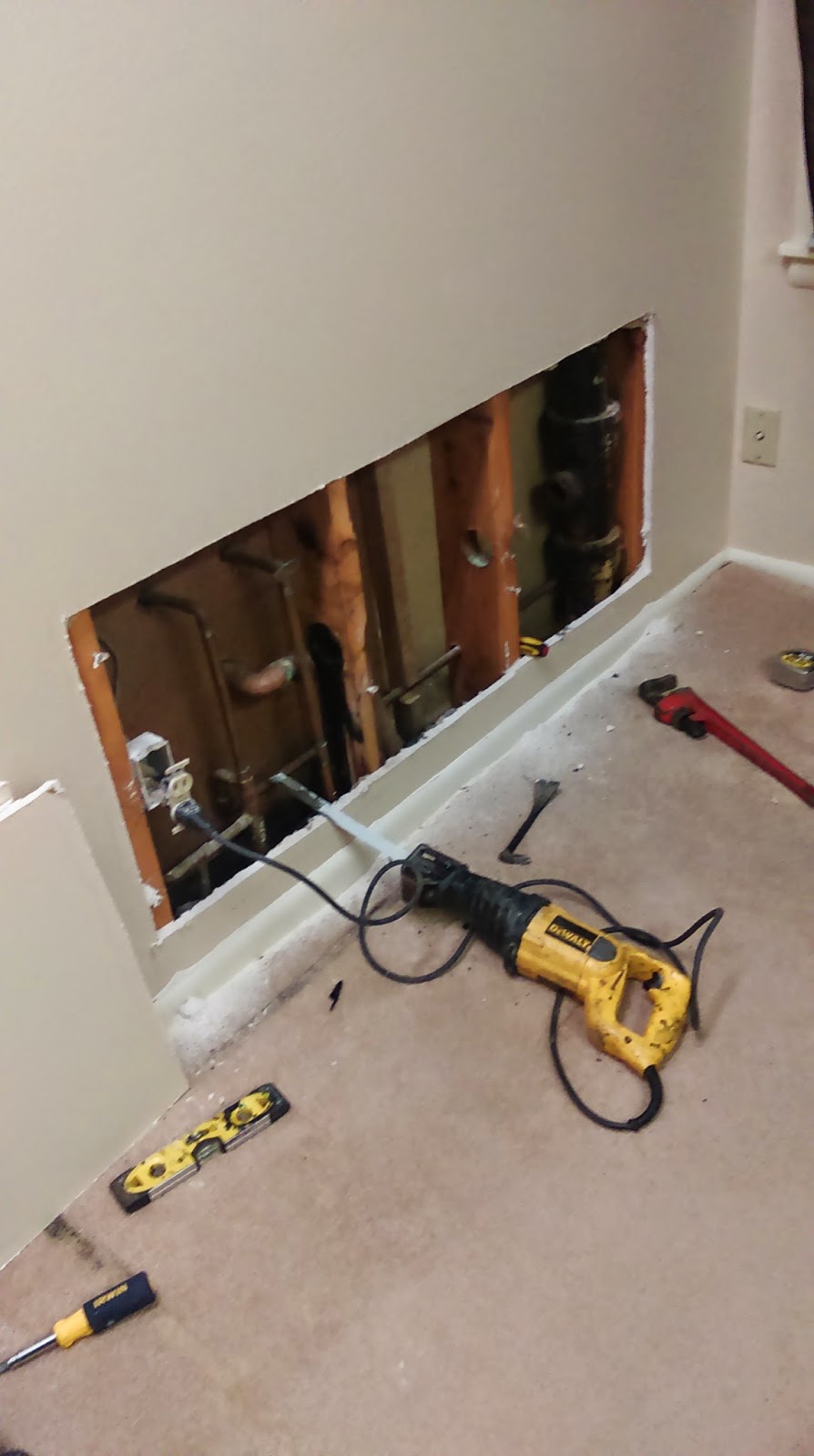 I don't think I have talked about the debacle at my house over the past few weeks.

The week of Christmas I noticed a wet spot in the carpet behind the shelf that holds my TV in my bedroom. It sits at an angle, so I saw behind it one morning while straightening my hair.

I didn't see anything wet in the bathroom on the other side of the wall, so I kept an eye, and a towel, on it.

I had been watching it, and feeling around my dresser to make sure no other carpet was wet. By Sunday, there was wet carpet alongside my dresser. I pulled the dresser out and it had been wet behind it.

It took days to track down a plumber who would come out. Finally, on Friday (the day after New Year's) a plumber came out and determined it was a leak in the toilet seal. However, they didn't have a wax ring and had to come back the next morning. (So much for sleeping in.)

Meanwhile during that week, we had to get the dresser out of there. It had started to mildew on the bottom and the fake wood veneer was peeling off on the ends. It set for several days upside down in my dining room until I finally dragged it out to the sunroom until I can do something with it. I think Dad is going to spray paint over some of the mold or something. I really don't know. You can see water damage on both ends and all along the front and it irks me.

What that means is that I have six drawers from the dresser spread around. One drawer sits atop my chest of drawers, two in my closet, and three stuck under/tucked around the edges of the bed in my guest room. Two are in the closet because they had been in the floor, and I almost broke my foot one night in the dark after getting up to go to the bathroom.

So back to the plumbers. They came out. Fixed the seal, and went on their merry way.

I called and scheduled the carpet cleaners to come out and clean the floor.

Two days later, I noticed my carpet was wet again. There was also water coming up from underneath a tile in the bathroom. That was something I'd only seen once before they had come out.

I had to cancel the carpet cleaners because I still had a problem.

When the plumbers came back out again, they didn't think it was trapped water from before though they assured me there had been a ring leak. (I think the ring got loosened for another reason - not that Dad hadn't set it right when he fixed the time.)

They really started looking for the leak, and pulled back my carpet. They then realized there has also been a leak in the wall for who knows how long. So, they said they had some jobs to finish and would come back.

I heard not a word for two weeks. I had to keep the carpet partially pulled back to keep it dry.

It wasn't until they finally came back earlier this week that I turned by bed a different direction, up close to the wall so they'd have room to work. Tuesday they came over and put the hole you see in the picture above in the wall to fix it.

I've had to lean folded tables against the wall to try to block out cold air this week. There's a guy coming by 9:30 tomorrow morning to fix the hole. (So much for sleeping in.)

I think I'm just going to have to keep my bed turned until the carpet cleaners come on Thursday. I'm going to make sure my wall gets patched, and I have a chance to paint it after the texture dries, before they come out.

And let me tell you, the crazies have been out in full force at work this week. I can't even share all of that. I'm so very glad it is Friday.  I'm ready to go into hibernation, but don't know when I'm going to get around to that.

It's all a matter of perspective though. Hole in the wall, moldy furniture, the need for a vacation... None of that compares to the horrible week a friend of mine has had. She's had to deal with far worse than I have. Far worse.