Win a copy of The Beautiful Ashes of Gomez Gomez 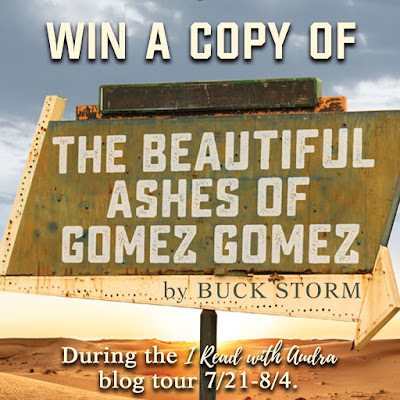 Introducing a book that the author describes it as a bit funky, sometimes over the top, and rarely going where you’re expecting it to go.

Quirky would be a good word for it too! Read more about The Beautiful Ashes of Gomez Gomez by Buck Storm and enter below to win a copy of your own.

I'll be sharing more about the book in the coming weeks. 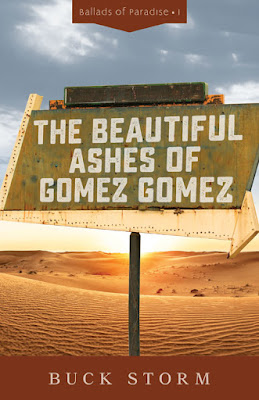 When his wife, Angel, is killed in a head-on collision, Gomez Gomez feels he can't go on--so he doesn't. He spends his days in the bushes next to the crash site drinking Thunderbird wine, and his nights cradling a coffee can full of Angel's ashes. Slow, sure suicide, with no one for company but the snakes, Elvis's ghost, and a strange kid named Bones.

Across town, Father Jake Morales plays it safe, haunted by memories of the woman he left behind, hiding his guilt, loss, and love behind a thick wall of cassock and ritual. Then a shady business deal threatens the town--and his good friend Gomez Gomez--and Father Jake can't just stand by and watch. But what happens when the rescuer is the one in need of saving?

The Beautiful Ashes of Gomez Gomez is quirky, heartfelt, and deeply human. Lives and hopes collide in the town of Paradise, stretching across decades and continents in this epic story of forgiveness, redemption, and love.

Read an excerpt from Kregel by clicking here. 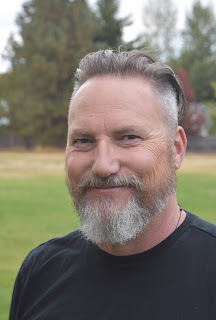 Buck Storm is a critically acclaimed author and musician whose stories have found friends around the world. His nonfiction work includes Finding Jesus in Israel and Through the Holy Land on the Road Less Traveled. Storm’s novels include The List, The Light, Truck Stop Jesus, and The Miracle Man. The latest, The Beautiful Ashes of Gomez Gomez, launches his new series, Ballads of Paradise.

Storm and his wife, Michelle, make their home in North Idaho and have two married children.