Where do you feel safe? 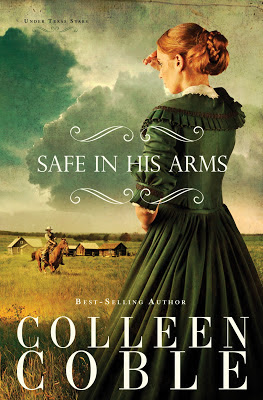 Each and every one of us has felt unattractive or awkward at one time or another. Our insecurities often give us the false impression that we are not worthy of the unconditional love and acceptance that we all desire. This sense of love and security is something Margaret O’Brien thought she would never find. In Safe in His Arms (Thomas Nelson/January 29, 2013/ISBN 978-1-59554-914-3/$15.99) by best-selling author Colleen Coble, readers follow Margaret’s journey from never fitting in to realizing the love and acceptance we can only find in the safety of God’s arms.

In this second installment of the Under Texas Stars series, Coble takes readers back to one of her one of her favorite locales and time periods, Texas in 1879. Born and raised on a sprawling ranch, Margaret prides herself on her competence as a rancher. She is convinced she can do as good a job on the ranch as her brother who died in the war. However, her father believes she should be acting more like a woman, find the love of a good man, give him grandchildren, and build a life for herself.

Margaret has long given up on the dreams her father has for her because she’s always felt unattractive and out of place: too tall, too red-headed and too unspoken. Up to this point, she’s never even had an admirer. For most of her life, Margaret has had to fight society and stereotypes about a woman's role on the ranch. As far as she is concerned, the ranch is her life and she fears anyone who might want to take all that away from her.

When Margaret’s father hires Daniel Cutler as a new foreman, she is not only frustrated, but is highly suspicious of the stranger. Margaret suspects Daniel is hiding something, even though he promises she’s safe with him around. Daniel swears he’s turned over a new leaf and is not involved with the thieves he used to run with, but Margaret is unconvinced. When she finds out he is an undercover Texas Ranger, sparks fly. Can she help Daniel extricate his younger brother who is still involved? And can Daniel convince her he is the safe haven he has promised for her heart?

“There’s a lot of me in Margaret. Growing up, I always felt awkward and unattractive,” admits Coble. “Women are indoctrinated from infancy about beauty. We feel we must be superwoman and have it all: beauty, brains, a good work ethic, great with children, a good cook. I think it’s particularly hard for women to accept the unconditional love God offers. We are so used to being held to such a high standard—and failing—that we feel we can never measure up.”

Coble hopes that much like Margaret, each reader will discover that God created you just like you are. “He doesn't make a mistake, and you are worthy of unconditional love. What a blessing when we realize we don’t have to. God loves us, warts and all. We are safe in his arms. Safe to tell him our dreams, our fears, our failings. Safe to relax in his unconditional love.”

Praise for Colleen Coble and the Under Texas Stars Series

“Coble is a great writer, she knows what readers want and she does not disappoint.”
~ Romantic Times 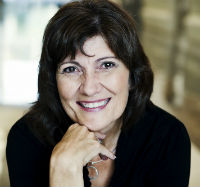 Colleen Coble is the author of more than forty books, most of them bestsellers. Some of her most recent novels are Lonestar Angel, The Lightkeeper's Ball, Blue Moon Promise, and Anathema, an Amish suspense. Along with her best author friends, Coble has also written novellas for the Smitten series. The second book Secretly Smitten released in January 2013.

Coble's novels have won or finaled in awards ranging from the Best Books of Indiana, ACFW Carol Award, RWA’s RITA, the Holt Medallion, the Daphne du Maurier, National Readers' Choice, and the Booksellers Best. She has nearly two million books in print and writes romantic mysteries because she loves to see justice prevail.

Coble is CEO of American Christian Fiction Writers and is a member of Romance Writers of America. She lives with her husband Dave in Indiana.

Readers can connect with Colleen Coble via her website, ColleenCoble.com, as well as on Facebook and Twitter (@colleencoble).
Colleen Coble fiction historical Safe in His Arms Texas Thomas Nelson unconditional love Under Texas Stars