It's the little things that make it feel homier

February 24, 2013
Last week when Paige got to see inside my new house, she looked around and said it had potential but needed some Audra touches. Yesterday, we got all the furniture over except for a drawing table (forgot it was in the closet), and today, I did start putting some Audra touches into the place.

And, I did forget before and after pictures, by the way. I'm stupid that way. It's actually that I was more concerned with the work than with the social media updates. At one point, I went over to the new place and forgot my phone at my parents and sure did want it to take pictures to show my mom what I had accomplished. Thankfully, Dad said, "your regular camera is here somewhere, isn't it?"

YES! In a box within a box upstairs in one of 14 that look alike! Actually, I could narrow it down a little better than that.

One thing that makes it more like home is switching out lots and lots of old and ugly light switch and plug plates. I've bought 40 of different varies (doubles, singles, etc.) and still won't have them all switched out at that. (Thank goodness a box of 10 is $2.00 for the basic ones.) But it makes loads and loads and loads of difference. 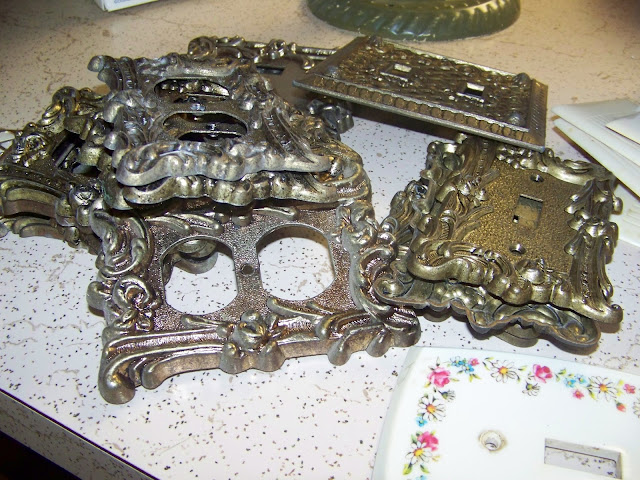 After a trip to Home Depot, I actually went to Walmart to buy a 10 foot long curtain rod so that I could take down the think pink curtains that were hung on a rod with drawstrings. While my two curtain panels won't cover the whole window, I don't think they need to. I only had one hanging at my old place, but had bought a second one last summer when I was house hunting so that I would have it. My dad and I decided the pink must come down even though I'll have to put the right brackets up later, just so the room would look finished. He really did decide that with me. He stopped working on the washing machine to do that. 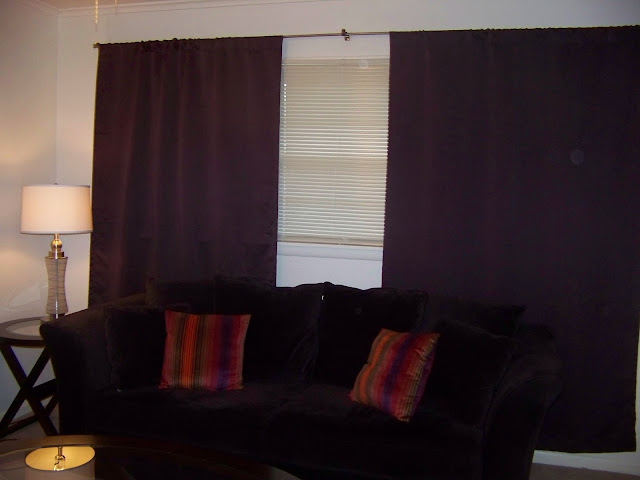 It will really be Audra-ized when I get to paint. I bought paint today (not purple), so I'll have it when I can get to it.
Home Depot Walmart