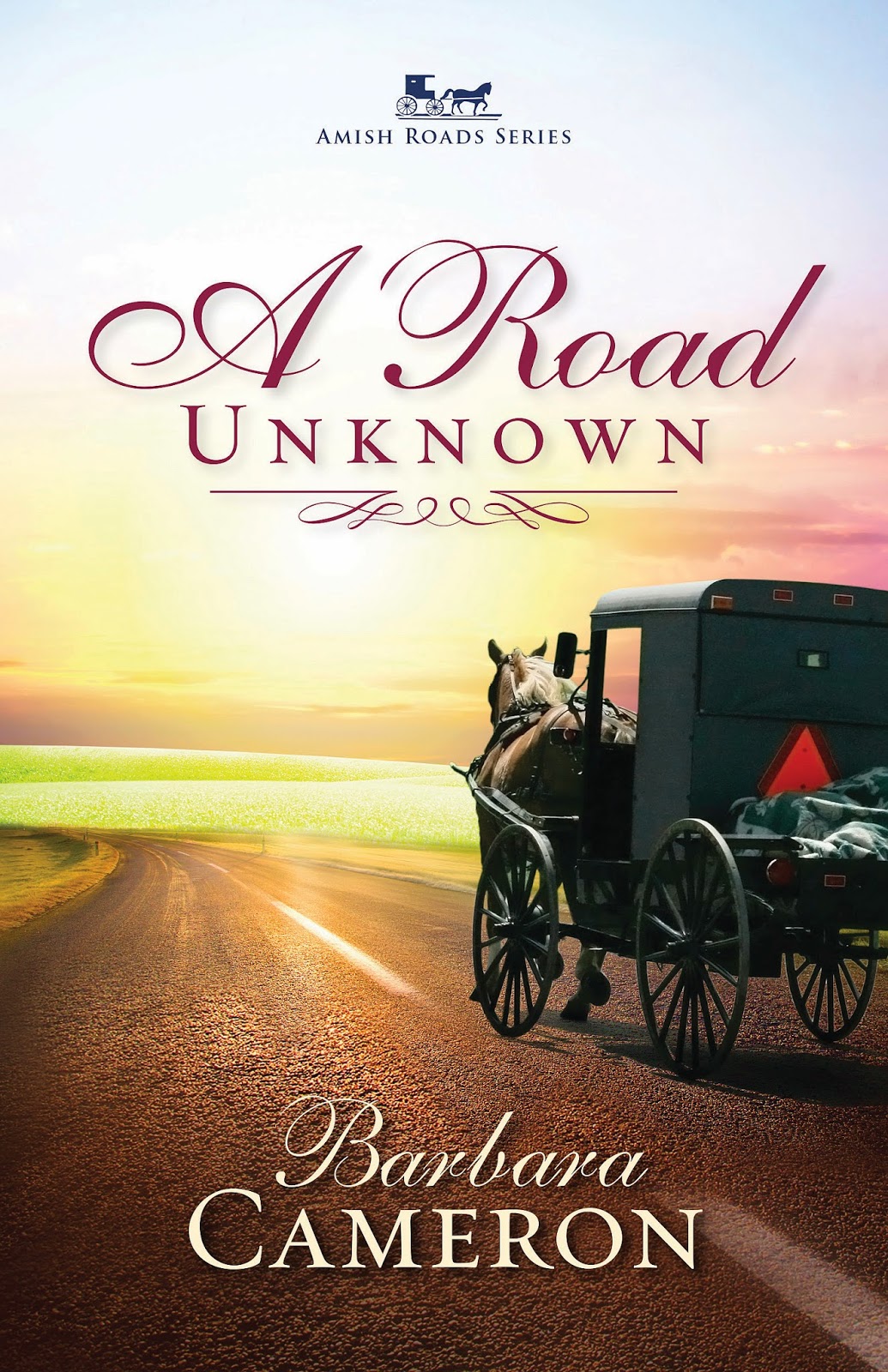 When you come to a fork in the road, how do you decide where to go when your heart tells you to go left but your head says right? Barbara Cameron takes readers on a journey of new experiences, uncertainties and faith in the first book in the Amish Roads series, A Road Unknown (Abingdon/February 4, 2014/ISBN: 978-1-4267-4059-6/$14.99). Although set in a quaint Amish backdrop, we’ve all faced the same dilemma as Cameron’s lead character who feels as if she is being pulled in two different directions.

Elizabeth Bontrager wants to change her life, and with her upcoming rumspringe, or “running around,” she has just the opportunity to do so. She’s been given the chance to experience life outside of her community, away from the responsibility to care for her eight younger siblings. However, Elizabeth can't decide which path to take: Goshen is her home, but Paradise, Pennsylvania, sounds inviting. Considering it's also home to her Englisch friend, Paula, Elizabeth decides to pack her bags and see what Paradise has to offer.

Will the small town of Paradise live up to its name? And will Elizabeth be able to handle the new pressures and challenges of life outside the Amish community? When Elizabeth meets Paula’s friend, Bruce, she quickly learns he wants more than a friendship. The same might be true of Saul Miller, her new boss at the country story that sells Amish products to the Englisch community. As the two compete for her attention, Elizabeth is surprised to realize she misses her family and becomes even more uncertain about where she belongs. She has a choice to make: return home or embrace this new life and possibly a new love.

With all the hype about Amish youths breaking away from their roots in recent reality television shows, Cameron sets some common misconceptions straight about the Amish in A Road Unknown. “These shows are extremely inaccurate and don’t resemble any Amish I’ve ever met.” Cameron explains. “Some have even been discovered to be actors. We have many misconceptions about the Amish youth: they’re going wild and so on and that their parents condone or ignore such behavior. This isn’t true.” Studies have shown that nearly 90 percent stay in their Amish communities and join the church.

Cameron hopes A Road Unknown will help readers gain a better understanding as to how to find the right path in life. “Anyone feeling at a crossroads in life should stand back and ask God for guidance,” Cameron advises. “Jumping impulsively is almost always a problem although you can over-analyze things. Listen for divine guidance and always pay attention to the still small voice you have within.”

The journey doesn’t end here; Cameron is completing the Amish Roads series with two more books, Crossroads and One True Path. Each release in the series tells the story of a young person facing choices about her next phase of life. The young women in all three installments learn that love finds you when you least expect it and sometimes it takes the courage to take a different road to find the true path to love and happiness.

“Life should be a dream for Elizabeth Bontrager. At last, she has everything she’s been longing for: less responsibility, more freedom, a little adventure. And yet this season in her life quickly turns complicated after she finds herself the object of attention of two men, one Amish and one Englisch. Barbara Cameron writes a delightful, page-turning story about a young woman living out the ups and downs of Rumschpringe in A Road Unknown, the first in her new Amish Roads series.”
~ Suzanne Woods Fisher is the bestselling, award winning author of Lancaster County Secrets series

“Once again, Barbara Cameron performs writing magic and delivers a heartrending, spirit-filled story that's sure to please her fans...and add many more to the list! A Road Unknown is filled with realistic characters, believable dialog, picturesque settings and a powerful story are only a few of the reasons this one will end up on your “keepers” shelf!”
~ Loree Lough, award-winning author of 100 books 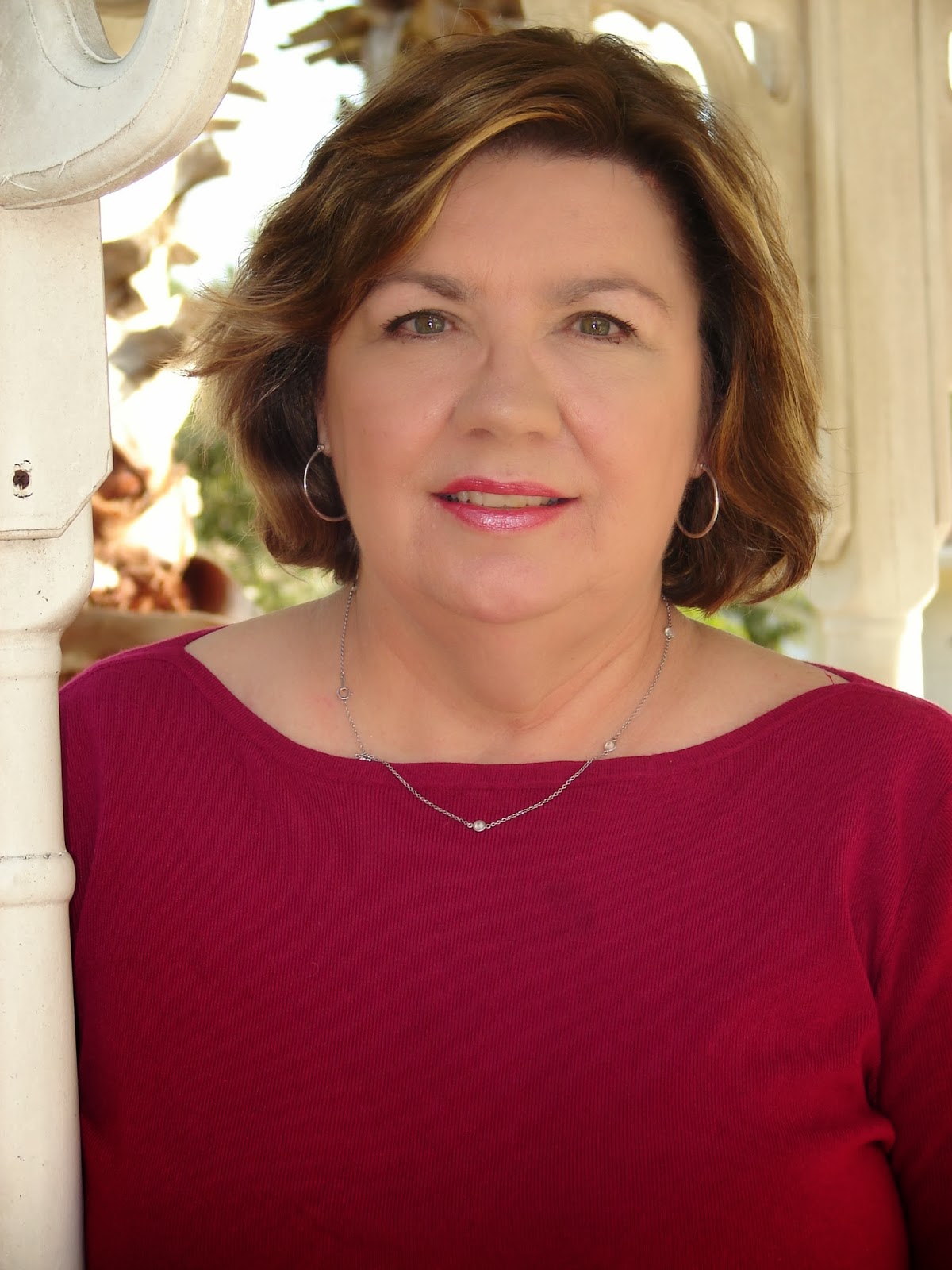 Barbara Cameron has a heart for writing about the spiritual values and simple joys of the Amish. She is the author of more than 38 fiction and nonfiction books, three nationally televised movies, and the winner of the first Romance Writers of America Golden Heart Award.

A Road Unknown begins the Amish Roads series, her third Amish series for Abingdon Press. Cameron’s previous Amish series include the Quilts of Lancaster County and Stitches in Time. Two of her collaborations, An Amish Christmas, Expanded Edition, and An Amish Gathering, landed on the Christian bestseller lists. Both of Cameron’s novellas in those anthologies were finalists for the American Christian Fiction Writers (ACFW) Carol Award.

She is a former newspaper reporter and a member of the local Volusia County Romance Writers of America chapter. Some of her non-fiction titles include the Everything Weddings on a Budget Book, Her Restless Heart: A Woman’s Longing for Love and Acceptance, and the Everything Roberts Rules of Order. Cameron currently resides in Edgewater, Florida.