Fans of the Smitten series, written by Colleen Coble, Kristin Billerbeck, Diann Hunt and Denise Hunter, will have two unique opportunities to connect with the authors and other readers and celebrate the release of Smitten Book Club (Thomas Nelson/ January 14, 2014/ISBN: 9781401687168/$15.99), the third in the popular series. Each Smitten book is a collection of four novellas, with a contribution written by each of the four authors.

The first event will be an hour-long virtual party held on February 20 at 8:00 PM EST and hosted on the Thomas Nelson & Zondervan Fiction Facebook Page. The authors will be chatting online with readers, answering questions and giving away prizes, including three Smitten Book Club prize packs that will include 10 copies of the book for the winner’s own book club, cupcake kits, coffee packs and a host packet. At the end of the evening, the winner of the Kindle Fire will be announced. The party and giveaway will be promoted in conjunction with a blog tour being held February 3-20.

The party to launch Smitten Book Club will be bittersweet without co-author Diann Hunt present. Hunt passed away last November after a long battle with cancer. “I think it’s perfect that our last book together is about the very thing that connected us all to begin with: books,” says Hunter. “In many ways the series has been a celebration of our friendship, enduring love and God’s unexpected blessings. I hope our readers will feel a part of that as they join us on our journey to a very special place called Smitten.”

Between now and February 26 fans can also sign-up at the Litfuse website for their reading groups to participate in a Smitten Book Club brunch to be held on March 22. From the entries received, 100 hosts will be selected to receive a book-club packet that will include:

Three hosts will also be selected to receive a live Skype call from one of the authors. “How many of us ever get to create something so fun as Smitten Book Club with her best friends in the world? I hope this book inspires women to pursue those special friendships that will change their lives forever as it did mine. And how fun it will be to include our readers into our friendship via the Skype chat!” Coble adds.

“We love book clubs — there’s nothing quite like hearing from a group of friends who’ve spent time discussing one of our author’s titles and want to share their thoughts with our team,” states Katie Bond, director of fiction marketing and publicity for Harper Collins Christian Publishing. “Smitten Book Club is a celebration of book clubs and their love and respect for great stories.  The Smitten ladies put all their hearts into this book, and we’re thrilled to see readers’ responses.”

Billerbeck is excited as well, “just like the characters in Smitten Book Club, we love that books bring together good friends.  We're delighted to share in this fellowship and honored to share our friendship with others.” 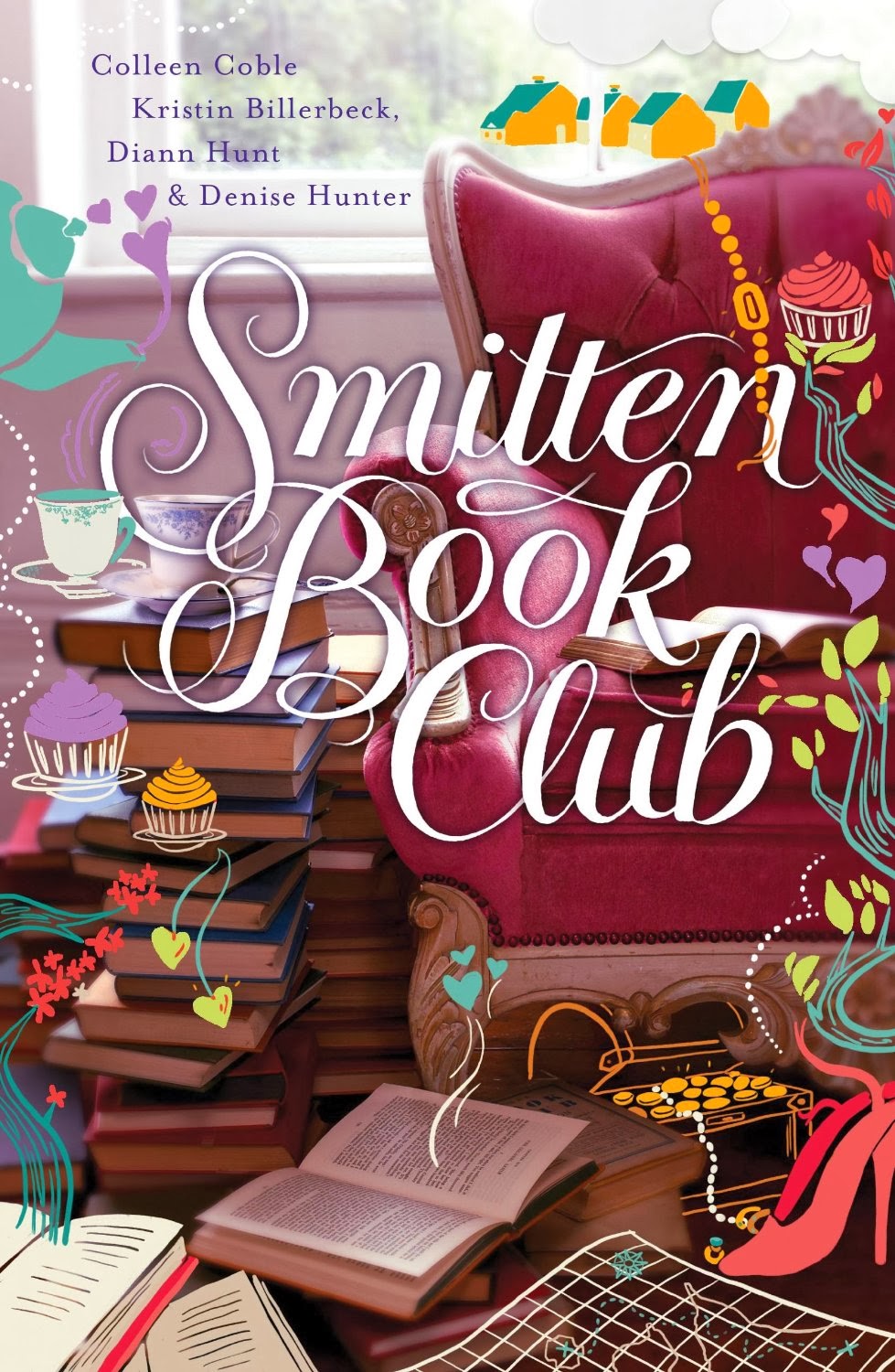 The century-old Gentlewoman’s Guide to Love and Courtship is no ordinary book club choice. But for the little book club in Smitten, Vermont, it might be their best pick yet!

The thick, leathery tome Heather pulled out of the dusty cardboard box was definitely coming home with her. Not only was The Gentlewoman’s Guide to Love and Courtship an appealing curiosity by virtue of its title; it was also written by Smitten, Vermont native Pearl Chambers, a local gentlewoman from three generations back.

Little did Heather know the repercussions this little curiosity would have on her and her friends’ romantic exploits.

When Heather and her fellow book club members begin passing the book around, their respective interpretations are unleashed on their respective love lives . . . for better or for worse. Heather sees it as a mystery. Abby discovers delicious dashes of Jane Austen. Lia sees in it the idealism of a bygone day. And Molly just wishes they'd made the book into a movie! As romantic love finds its way to each woman, the Guide proves itself both surprisingly prescient and hilariously irrelevant.

What’s more, a handwritten inscription indicates that the arcane book might hold the only extant clues leading to buried gold — exactly what one of the members needs to keep her house. How could they not go treasure hunting? Colleen Coble writes romantic suspense with a strong atmospheric element. A lovable animal of some kind — usually a dog — always populates her novels. She can be bribed with DeBrand mocha truffles.
www.ColleenCoble.com

Kristin Billerbeck is a proud Californian, wife, mother of four, and connoisseur of the irrelevant. She writes Christian Chick Lit, where she finds need for most of the useless facts lulling about in her head.
www.KristinBillerbeck.com

Denise Hunter writes women's fiction and love stories with a strong emotional element. Her husband says he provides her with all her romantic material, but Denise insists a good imagination helps too.
www.DeniseHunterBooks.com