February 28, 2014
I am thankful to Angie for seeing me comment on Facebook this afternoon that I sure could use an escape to Hobby Lobby after work.

The next time we decide to do that, we're going to have to sneak off and leave work early. Traffic was AWFUL on I-20 and it took much longer than it should to get there. We only had 35 minutes in Hobby Lobby before it closed at 8:00 which was an absolute crying shame.

I did find these birds for my bathroom though. (I admit I posted these pics after Friday night.) 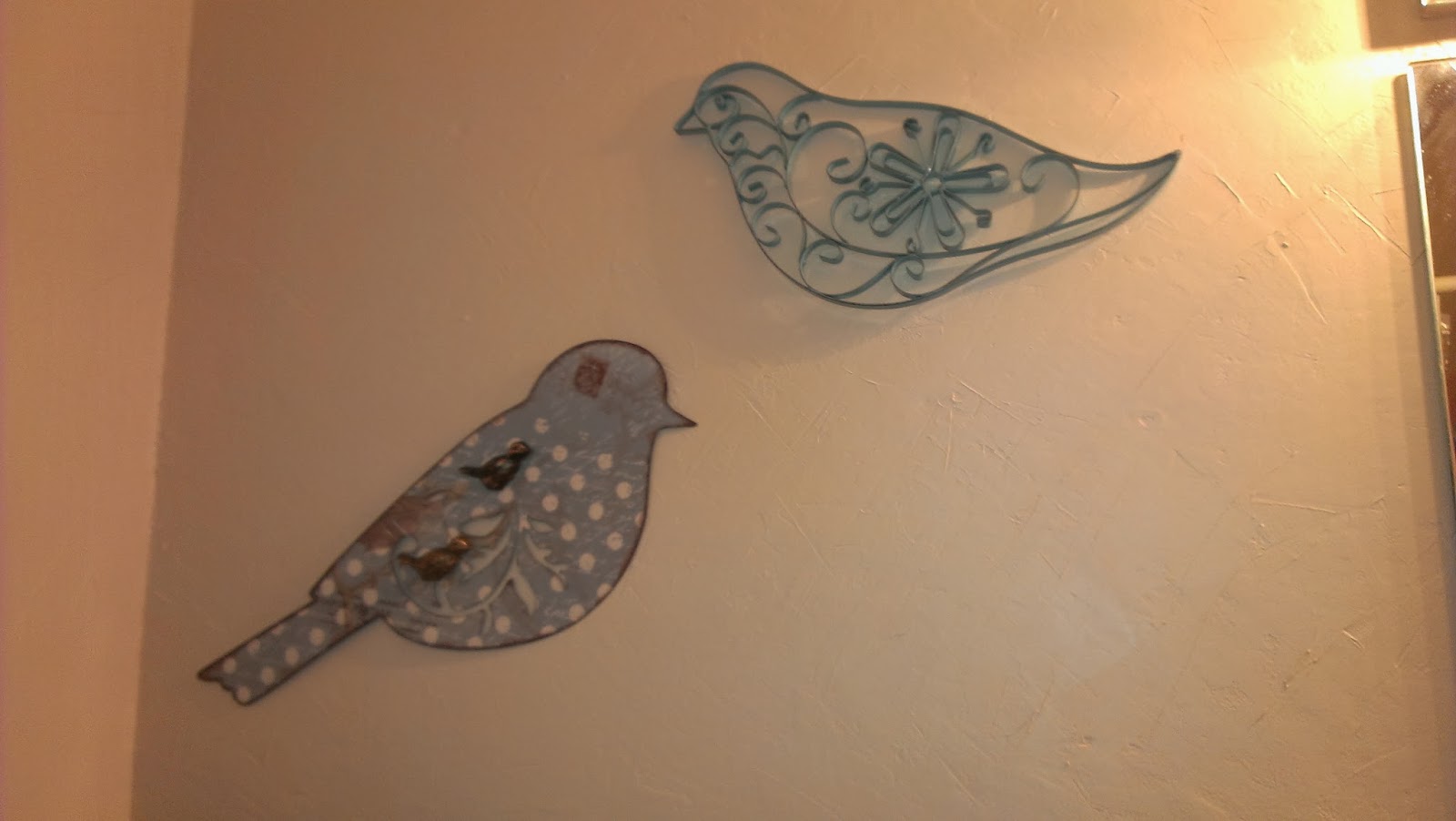 Even if we didn't have enough time there, I took Angie to Cracker Barrel. There is something wrong with her. She had never eaten there before!

It won't be her last though. And yes, we had to take pictures of our food to make everyone jealous via social media because that's what you do. And my life hasn't been exciting lately. Makes me hungry just looking at it.

What was semi-exciting was the car on FIRE on 360 coming home. Angie was kicking herself for no picture of that.