February 18, 2014
Janette Oke's newest book, Where Courage Calls (co-written with her daughter, Laurel Oke Logan), is receiving rave reviews. It is the companion story to Hallmark Channel's TV series When Calls the Heart, set in the Canadian west.

Janette and Laurel are celebrating with an iPad Mini giveaway and a Facebook author chat party on March 4th.

One winner will receive:
Enter today by clicking one of the icons below. But hurry, the giveaway ends on March 4th. Winner will be announced at the Where Courage Calls Facebook Party on March 4th. Connect with Janette and Laurel for an evening of book chat, trivia, laughter, and more!

So grab your copy of Where Courage Calls and join Janette and Laurel on the evening of March 4th for a chance to connect and make some new friends. (If you haven't read the book, don't let that stop you from coming!)

Don't miss a moment of the fun; RSVP today by clicking JOIN on the event page. Tell your friends via FACEBOOK or TWITTER and increase your chances of winning. Hope to see you on the 4th!

Long-time fans of Janette Oke will be delighted to learn the author  is hosting her first-ever Facebook party alongside her daughter and writing partner, Laurel Oke Logan, on March 4, 2014, at 8:00 PM EST. During the hour-long live online event, Oke and Logan will be introducing readers to their latest release, Where Courage Calls (Bethany House Publishers/February 4, 2014/available in hardcover, paperback and ebook), a special companion story to the Hallmark Channel’s new When Calls the Heart TV series.

Last fall, the movie When Calls the Heart, produced and directed by Michael Landon, Jr., debuted on the Hallmark Channel. The movie was inspired by Oke’s previously published book by the same name and launched the weekly TV series that premiered on January 11, 2014, and can be seen on Saturday evenings. The storyline and characters in Where Courage Calls are based on the TV series set in the Canadian west.

The authors describe their novel as a “coming-of-age” story with a main theme centered on Philippians 4:13. “Our faith needs to transition from finding our security and safety in our families first, to putting our trust in God Himself who is able to meet all our needs and give us strength,” explains Oke.

“This will be our first Facebook party. How nice that we’re sharing it with one another — and with reader ‘friends’ — both the newest ones who’ve seen Michael’s movies and those who’ve shared the stories for many years,” says Logan. “We are so glad for a chance to converse with you all!”

During the live online event, the authors will host a book-club discussion and answer reader questions. Readers will also have an opportunity to chat with other fans and answer trivia about the authors and their books. Prizes given out during the party will include copies of the paperback version of When Courage Calls as well as DVDs of the TV movie. At the end of the evening, the winner of an iPad mini will be announced. The iPad giveaway is being held in conjunction with the blog tour for When Courage Calls, coordinated by Litfuse Publicity Group from February 17 through March 4.

“Janette is back writing prairie romance, and we are so excited, with the wonderful help of Litfuse, to bring her into contact with her many fans and give them a chance to ask all their long-held questions,” states Noelle Buss, marketing manager at Bethany House. “We also love that the tradition of writing is carrying on with Laurel Oke Logan, Janette’s daughter and co-author of the book.”

The Facebook party will be hosted on the Bethany House Publishers Facebook Page. Starting February 17, readers will be able to RSVP to join the event and enter the contest for the iPad mini. 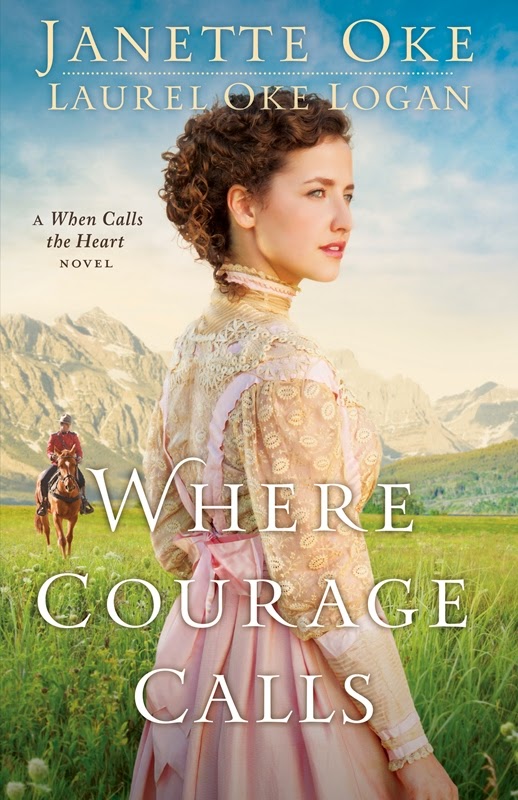 About Where Courage Calls:

Her courage and her heart will be tested in ways she never expected. . . .

Beth Thatcher has spent her entire life in the safe, comfortable world of her family, her friends, and the social outings her father’s wealth provides. But Beth is about to leave it all behind to accept a teaching position in the rugged foothills of western Canada. Inspired by her aunt Elizabeth, who went west to teach school several years ago, and gently encouraged by her father, Beth resolves to put her trust in God and bravely face any challenge that comes her way.

But the conditions in Coal Valley are even worse than she’d feared. A recent mining accident has left the town grieving and at the mercy of the mining company. The children have had very little prior education, and many of the locals don’t even speak English. There isn’t even a proper schoolhouse. In addition, Beth’s heart is torn between two young men — both Mounties, one a lifelong friend and the other a kind, quiet man who comes to her aid more than once.

Despite the many challenges, Beth is determined to make a difference in the rustic frontier town. But when her sister visits from the East, reminding her of all the luxuries she’s had to give up, will Beth decide to return to her privileged life as soon as the school year is over?

A special companion story to Hallmark Channel’s When Calls the Heart TV series. 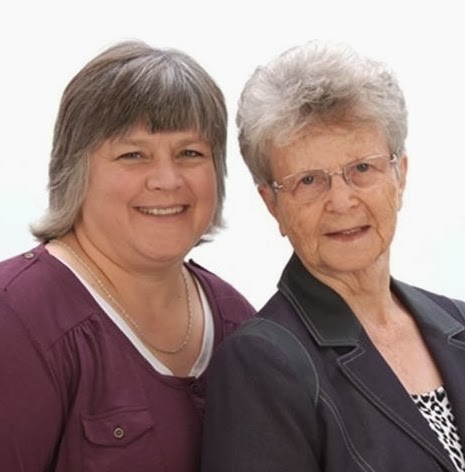 Bestselling author Janette Oke (pronounced “oak”) is celebrated across the world for her significant contribution to the Christian book industry. She is credited with launching the modern era of inspirational fiction with the publication of her first novel, Love Comes Softly, in 1979. Today, her novels have sold more than 30 million copies, and she is the recipient of the ECPA President’s Award, the CBA Life Impact Award, the Gold Medallion, and the Christy Award. Janette and her husband, Edward, live in Alberta, Canada.

Laurel Oke Logan, daughter of Edward and Janette Oke, is the author of Janette Oke: A Heart for the Prairie, as well as the novel Dana’s Valley, which she co-wrote with her mother, and three other books published by Bethany House. Laurel and her husband have six children and two sons-in-law. They live near Indianapolis, Indiana.