June 24, 2014
An interview with Lynette Sowell,
Author of A Season of Change 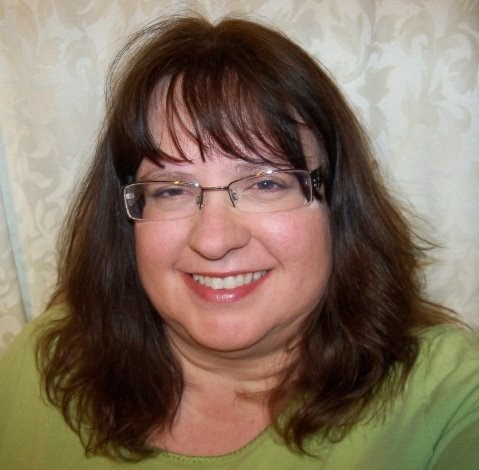 “I believe there aren’t any circumstances God can’t use and work something beautiful from. Whatever the pain, loss or unseen curveball that comes our way in life, it doesn’t limit God.” This belief that God often works in unexpected ways is one of the main themes author Lynette Sowell explores in her new book, A Season of Change (Abingdon Press/May 20, 2014/ISBN 978-1426753558/ $14.99).

In the first novel in Sowell’s new Seasons in Pinecraft series, readers are introduced to retired circus performer Natalie Bennett as she searches for the dream of her heart: a family of her own. When she meets Amish widower Jacob Miller at a Sarasota hospital, she is drawn to his family and their simple ways.

Q: It isn’t often that we see an Amish story that also involves circus performers. Tell us how these two worlds collide in A Season of Change.

One thing I discovered when looking at Sarasota outside of Pinecraft was that it’s the winter home of Ringling Brothers Circus. It’s also home to the Ringling Museum of Art, a Circus museum, which used to be part of the estate of John Ringling. I also discovered Sarasota has a circus school, which I was able to visit for a Sunday afternoon performance under their big top. My heroine, Natalie, a “retired” circus performer who now teaches at a circus school, lost her mother to cancer. The story opens right before Christmas, and she received a box of her late mother’s things and learns her mother was once Amish — something Natalie never knew. While volunteering at a hospital in the children’s ward on Christmas day, Natalie meets the Miller family, visiting young Rebecca Miller, who’s recovering from severe injuries after being struck by a car.

Q: What kind of research was involved to create believable characters with such unique backgrounds?

Sometimes the best thing we writers can do is to put ourselves in someone’s shoes, or at least try to find a common emotion or feeling we’ve experienced, and let our characters take it from there. I’ve grieved over losses, like my Amish hero, Jacob Miller, has. Although I’ve never lost a spouse, I’ve had friends who have. In fact, Jacob Miller was the first character who came onto my imagination’s stage for this book. So I knew I had to somehow get into the mind of a grieving Amish man, about 29-30 years old, and tell his story. I also had to deal with his outer journey — what does a man his age do for a living? Not all Amish work on farms now, but many work skilled trades, so I chose that for him.

Q: One of the main themes in A Season of Change is that God can work in our lives in unexpected ways. How have you seen this truth at work in your own life?

Wow, I could write a book about this one, but I’m not a nonfiction writer! Looking back, especially during difficult circumstances such as my husband’s cancer diagnosis in 2013, I can see how God warned us a year ahead of time, how He nudged my husband into a new career and job with health coverage to provide for his care. He’s given us encouragement through friends, with their prayers, support and words of comfort when they were sorely needed. Q: What drew you to write about the Amish, and how is this story different from other Amish fiction books?

This book series is what people call a “happy accident.” I was asked by an editor to search out Texas as a possible setting for Amish fiction, but I was coming up with nothing. And then, I saw a picture of a Plain woman sitting on a three-wheeled bicycle outside the Pinecraft post office with an article captioned “The bicycle Amish.” That’s when the light bulb came on for me, and I knew I’d found something different. I think fiction trends can be a good thing, but I won’t follow a trend unless there is something I come across that grabs me and won’t let me go. Pinecraft did, and it won’t let me go. It’s become a very dear place to me.

Pinecraft is a winter vacation spot for the Amish and Mennonites from places like Pennsylvania and Ohio, as well as Indiana. The “village” is smack-dab in the middle of the city of Sarasota, Florida, and has a handful of year-round residents. From November through March, however, the neighborhood swells to a population of thousands. No horses and buggies — people walk or ride bicycles to get around the community. (I usually rent a bicycle for a few days while I’m there.) To get around the city or to the beach, the Plain people who don’t drive hire drivers, hitch rides with family members who do drive or take the city bus.

Q: What is the message you want to convey through A Season of Change?

I believe there aren’t any circumstances God can’t use and work something beautiful from. Whatever the pain, loss or unseen curveball that comes our way in life, it doesn’t limit God. I know that’s something often easier said than understood, especially when we’re in the middle of enduring that storm, whether it’s a time of uncertainty, disappointment or loss.

Q: Did you learn anything surprising while writing A Season of Change?

I think the biggest thing I learned was how easy it is to have misconceptions about certain groups of people. I attended college for two years in Pennsylvania, not far from Lancaster County. The college (Messiah College) is affiliated with the Brethren in Christ Church, so it has Anabaptist roots. Just like in mainstream Christianity, there are many facets to the Plain people, from ultra-conservative to what some might consider more liberal. (For example, on my first trip to Pinecraft, I met an Amish woman who owns a laptop. She uses it for her work, and her bishop has approved it.)

Q: A Season of Change is the first in a series. Is there a common theme or thread that runs throughout the series?

The series title is Seasons in Pinecraft. I have three strong female characters who are going through seasons in their lives. All three have had dreams for their lives. Book one’s dream is perhaps what seems like an impossible dream for Natalie — finding a family and that belonging her heart craves. In book two, Betsy’s dream is to run her own bakery. In book three, Rochelle’s dream is one she’d set aside for the sake of other people and realizing her dream hasn’t died after all.

Q: Tell us a little about your process for writing a novel. Do you know at the beginning how it will end?

Sometimes I do. I have a general idea of what the end will be, but part of the fun (and sometimes hair-pulling) is discovering how it all will come together. I usually have what I call “high points” of the novel. Those can be good or bad things for the hero and/or heroine, but I know I need to reach those points in the course of the story.

Readers can keep up with Lynette Sowell via her Facebook fan page (Lynette Sowell, Author) or by following her on Twitter (@LynetteSowell).