Last night after being around all the dirt and livestock at the Youth Expo, I woke up with stopped up ears and drainage gunk. Just ugh.

However, I was kind of pumped to stend a few hours away from the office to see how the girls fared at the rabbit show.

There were lots more rabbits this year and the judge was crazy meticulous. As I sat around watching the judge count rabbit toes and check all their parts, my face was itching like crazy... The same way I get around a friend's cats and dogs. We had pet rabbits when I was a kid, but I don't think I was allergic to them.

After close to four hours, the girls' rabbits were eliminated. No telling how long it took to finish out the judging, and then do showmanship. I was away from the office 5 hours and worked until close to 9 tonight because I needed to get work done and my hours in.

I barely touched a rabbit yet was trying not to smell the stank of youth expo that clings tightly to anyone that steps foot out there all afternoon long.

At least we're done with all that until next year. 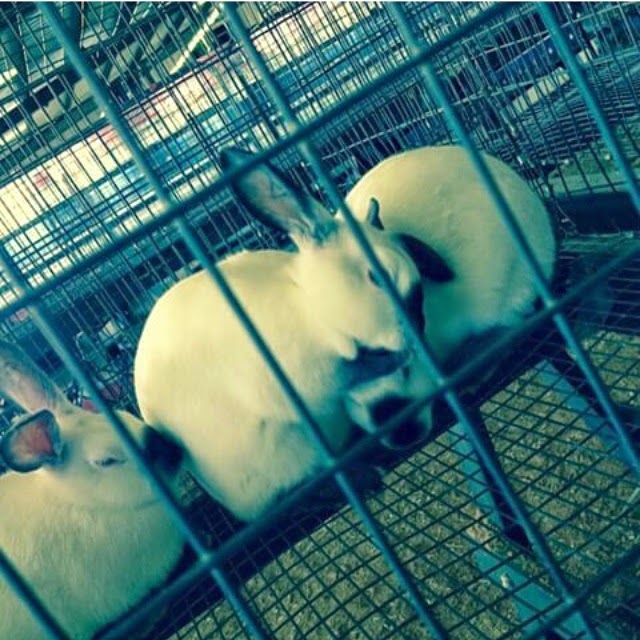