Does Christianity have a place in today’s world? 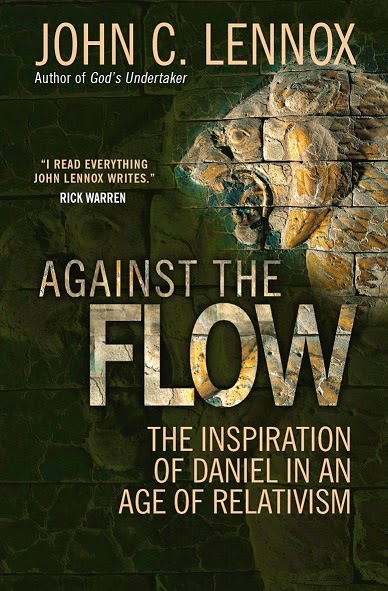 The concepts of tolerance and political correctness are having a chilling effect on the public practice of Christianity. That’s why readers will find Dr. John C. Lennox’s new book Against the Flow: The Inspiration of Daniel in an Age of Relativism (Monarch Books/March 27, 2015/ISBN: 978-0857216212/$19.99) incredibly timely. Lennox, who has defended the Christian faith in debates against the likes of Richard Dawkins and Christopher Hitchens, gives every follower of Christ the intellectual foundation they will need to argue the role their faith should have in the public discourse.

While anyone who has spent time in a Sunday-school classroom is familiar with the biblical story of Daniel, Lennox mines this classic historical account to encourage cultural bravery in Christians trying to find their place in a postmodern society. The story of these four young men born in the tiny state of Judah around 500 B.C. and captured by Nebuchadnezzar, the emperor of Babylon, is one of extraordinary faith in God lived out at the pinnacle of executive power. The book of Daniel describes in detail how each of them eventually rose to senior positions of administration.

Yet despite their lucrative positions, Daniel and his friends were not content simply to maintain their private devotion to God. Instead they maintained a high-profile witness in a pluralistic society that was highly antagonistic to their faith, and they would eventually be forced to face the possibility of paying the ultimate price for their religious bravery. Lennox proposes their story carries a powerful message for us today as Christians living in a society that tolerates the practice of Christianity in private homes and in church services, but increasingly deprecates and in some cases even punishes public witness.

“Strong currents of pluralism and secularism in contemporary Western society, reinforced by a paralyzing political correctness, increasingly push expression of faith in God to the margins, confining it if possible to the private sphere,” Lennox says. “It is becoming less and less the ‘done thing’ to mention God in public, let alone to confess to believing in anything exclusive and absolute, such as the uniqueness of Jesus Christ as Son of God and Savior.” Lennox believes if Daniel and his compatriots were with us today they would be in the vanguard of public debate.

Against the Flow is a truly fascinating examination of the life of Daniel from a leading expert on faith and science. In his first biblical work, Dr. Lennox provides a unique perspective on both Western society and biblical exegesis that will make Against the Flow an instant classic encouraging Christians to speak out in our modern Babylon.

Learn more about John C. Lennox and Against the Flow at www.johnlennox.org or on Twitter
(ProfJohnLennox). 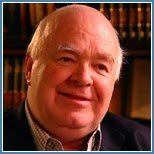 Dr. John C. Lennox is Professor of Mathematics at the University of Oxford and Fellow in Mathematics and Philosophy of Science at Green Templeton College. He studied at the Royal School Armagh, Northern Ireland, and was Exhibitioner and Senior Scholar at Emmanuel College, Cambridge University from which he took his MA, MMath and PhD. He also holds an MA and DPhil from Oxford University and an MA in Bioethics from the University of Surrey.

Lennox lectures on faith and science for the Oxford Centre for Christian Apologetics and has traveled throughout North America, Eastern and Western Europe and Australasia lecturing on mathematics, the philosophy of science and the intellectual defense of Christianity. He has debated Richard Dawkins at the University of Alabama (2007) and the Oxford Museum of Natural History (2008), as well as Christopher Hitchens at the Edinburgh Festival (2008) and at Samford University (2010), among others.

Lennox’s hobbies include amateur astronomy, bird-watching and walking. He and his wife, Sally, have three grown children and seven grandchildren. They make their home near Oxford.