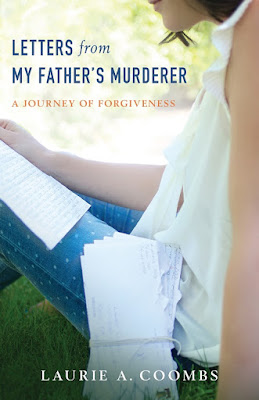 If you asked anyone who knew Laurie A. Coombs, they would tell you what an incredibly strong person she was — the kind of person who can make it through anything. As Coombs details in her new memoir, Letters from My Father’s Murderer: A Journey of Forgiveness (Kregel/June 27, 2015/ISBN:  978-0825442292/$14.99), that outward veneer of strength masked a crumbling interior.

People had good reason to believe Coombs was as tough and tenacious as she appeared. When her father was murdered while she was in college, she sought justice — and found it. Her father’s killer now serves two life sentences with no possibility of parole.  “I certainly had been through quite a bit, and it seemed to me I had been the one who had gotten myself through it all,” Coombs admits. “‘I don’t know how you do it, Laurie,’ some would say. And in my heart, I’d think, ‘I know. I am pretty amazing.’ These comments were intended to encourage me, but they only fueled my pride. And as Proverbs says, pride most certainly does come before a fall.”

After the trial ended, Coombs began to rebuild her life; she graduated, got married and began a beautiful family. Yet, Coombs’ life soon became overwhelmed by pain, bitterness and anger she couldn’t control. She went from doctor to doctor, desperately seeking relief for the physical, mental and emotional symptoms of anxiety and depression. Then one day, she accepted a friend’s invitation to church where she found a faith that would transform her heart and start her on the road to healing.

“I felt free for the first time,” Coombs reveals. “The joy and peace I so desperately sought finally took residence in my heart. The void I had been unknowingly trying to fill with worldly things, accomplishment, and accolades was filled with the light and love of Christ. I had been made new. “

Coombs began to realize complete healing would only come when she began to seek something infinitely more difficult than justice: true forgiveness of her father’s murderer. Coombs’ situation took the biblical imperative to “love your enemy” to a whole new level, and as readers will learn in Letters from My Father’s Murderer, she discovers just how far the power of Christ’s redemption can reach when she begins to correspond with the killer.

Filled with the actual correspondence that took place between Coombs and the prisoner, Letters from My Father’s Murderer provides a unique glimpse into the practical process of forgiveness. It is messy, it is painful, but most of all, it is possible. Anyone who has been affected by the sins of others and is desperate to let go of their pain and resentment will find encouragement through Coombs’ story; freedom is within reach, and there is absolutely nothing that is irredeemable through the power of Jesus Christ. 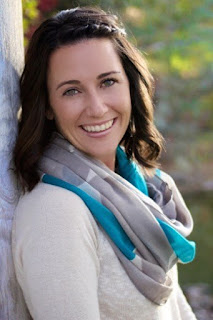 In 2010, Laurie Coombs was called to forgive the man who murdered her father. What happened as a result of that journey is now the subject of her new book, Letters from My Father’s Murderer (Kregel, 2015). Her story has also been featured in Billy Graham’s new film, Heaven, a part of the “My Hope with Billy Graham” national broadcast.

Coombs writes on her blog and is a regular writer for iBelieve.com and Crosswalk.com. She is a contributor to the NIV Bible for Women: Fresh Insights for Thriving in Today’s World (Zondervan, 2015), has been published in FullFill magazine and has appeared on the radio program Living Joyfully Free.

With a background in teaching, Coombs is a passionate speaker on the issues of forgiveness, redemption and the blessings associated with following Jesus. She and her husband, Travis, make their home in Nevada along with their two daughters, Ella and Avery. Together, they are in the process of adopting from Ethiopia.