Intersect: Where Your Story and God’s Story Converge 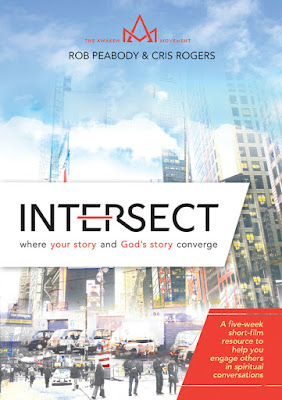 Let’s face it: Opening up to the people we love most about the most important issues in life — such as faith — can be tough. Whether it’s embarrassment or misunderstanding, the fear of rejection can keep our lips sealed, thus keeping our unsaved loved ones lost in the dark. This is why Rob Peabody and Cris Rogers created Intersect: Where Your Story and God’s Story Converge (Kregel Publications/July 27, 2015/$15.99), a five-week short film resource designed to help Christians engage their family, friends and neighbors in a meaningful way about their faith. Whether used in a café, a friend’s living room or a more formal church setting, the video series can be tailored to a variety of audiences.

Intersect follows the lives of five people as they examine their struggles and triumphs in light of what God teaches us about life in Scripture. Viewers can relate easily to their stories, which cover issues such as:

The power of story plays an important role in Intersect’s intended impact. “The beauty of each person’s individual journey is that although they are each completely unique, they can also relate and intersect,” Peabody explains. “When that happens, it may bring validation, hope, assurance, comfort and meaning. In a day and age where truth is debated and experience reigns supreme, our stories speak volumes.”

Avoiding “Christianese,” Intersect is specifically designed to appeal to all people, regardless of where they are on their spiritual journey. “We’ve created Intersect in such a way that anyone can play the films and facilitate the conversation from the study guide,” Peabody explains. “We see Intersect as a ‘pre-intro to Christianity,’ entertaining ideas about God and what He might have to say about universal issues we all face.”

In the end, both Peabody and Rogers hope Intersect will help Christians understand that even if they don’t feel like they have anything to offer their searching loved ones, they have a story, and God wants to merge with and use their story to reach the lost.

For more information about Intersect and to watch a preview,
visit www.awakenmovement.com/intersect.

“Rob brings clear perspectives on what it means to follow Jesus, take risks and live with a unique identity as a citizen of the everlasting Kingdom.”
~ Chris McFarland, Executive Director, PULSE 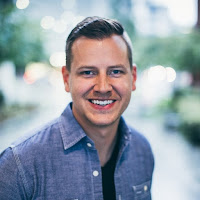 Rob Peabody left his position as lead campus pastor of a mega-church in Texas in 2011 and moved with his wife, Medea, and their two sons to the U.K. He is now the co-founder and director of Awaken, a non-profit organization that exists to provide resources and creativity to the church and reach Londoners in their 20s and 30s with the Gospel. This work is commissioned by the International Mission Board of the Southern Baptist Convention and in partnership with the Church of England.

Peabody also currently serves as a missional consultant for multiple church networks. He appears regularly at the Spring Harvest conferences in Great Britain and will be leading a new upcoming national U.K. conference for young adults called The Pursuit.

In addition, Peabody has written a small-group film series entitled Kingdom Rise (2013), as well as the book Citizen: Your Role in the Alternative Kingdom (2014). 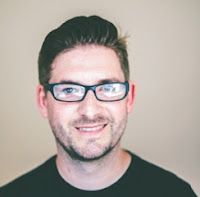 Cris Rogers is a writer, pastor, speaker and church visionary. In 2010, Rogers planted a church in the poorest area of London with a dream for it to be an explosion of joy within the tower block estate in which he works.