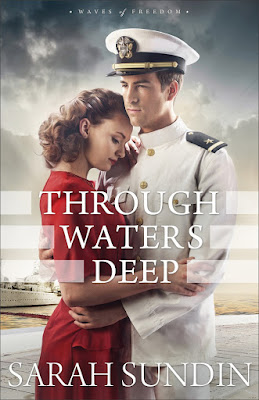 Don’t let fear hold you back from your true calling

With the first book in her new Waves of Freedom series, Through Waters Deep (Revell/August 4, 2015/ISBN: 978-0800723422 /$14.99), Sarah Sundin transports readers back to the 1940s — a fascinating time when ordinary men learned they could do extraordinary things and women explored new roles while still remaining ladies. It’s an era Sundin enjoys living in while she weaves her stories. “When we read of how people in the 1940s prevailed in times of uncertainty, fear and danger, it gives us hope we can prevail today, no matter what we face,” Sundin explains.

Described by Booklist as “an optimal hybrid of 1940s crime and romance,” Through Waters Deep takes readers through the tense months right before the U.S. entered World War II. There they’ll encounter German U-boats and torpedoes, along with the explosive power of true love.

In 1941, as America teeters on the brink of war in the months before Pearl Harbor, outgoing naval officer Ensign Jim Avery escorts British convoys across the North Atlantic in a brand-new destroyer, the U.S.S. Atwood. Back on shore, his old high school friend, Boston Navy Yard secretary Mary Stirling, does her work quietly and efficiently, happy to be out of the limelight. Yet despite her reserved nature, Mary never could back down from a challenge. When evidence of sabotage on the Atwood is found, Jim and Mary must work together to uncover the culprit. A bewildering maze of suspects emerges, and Mary is dismayed to find that even someone close to her is under suspicion. With the increasing pressure, Jim and Mary find many new challenges — and dangers — await them.

Sundin is known for finding inspiration for her stories from the Bible, but Scripture found its way into this tale in a different way. “Verses emerged when I wrote the story,” Sundin admits. “For Mary Stirling, who struggles with fears of attention and failure, her theme verse is Matthew 5:15-16: ‘Neither do men light a candle, and put it under a bushel, but on a candlestick; and it giveth light unto all that are in the house. Let your light so shine before men, that they may see your good works, and glorify your Father which is in heaven.’ Mary learns that using your gifts isn’t prideful when you do it to call attention to God, not to yourself.”

Sundin launches her new Waves of Freedom series with a title she hopes will encourage her readers to hoist their sails with renewed confidence in who they are in Christ.  Using sailing as a metaphor in Through Waters Deep, Sundin illustrates how in order to fly with the wind, ultimately we need to let the Lord fill our sails and resist the current any time it threatens to get us off course.

Readers can expect to be swept away by the Waves of Freedom titles and can look forward to the next installment, Anchor in the Storm, in summer 2016.

“Working with a large cast of characters and an intricate and dramatic plot, Sundin brilliantly builds tension between American isolationists and interventionists. Readers will be struck by the thoughtfulness and care Sundin brings to every thread in this chilling story as they are swept up into exciting plot twists leading to a thrilling climax.”
~ Booklist, starred review 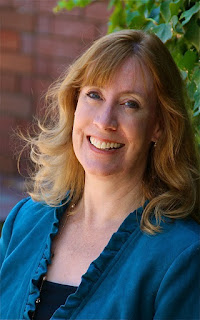 Sarah Sundin is the author of The Wings of the Nightingale series and Wings of Glory series. Her novella “I’ll Be Home for Christmas” in Where Treetops Glisten is a 2015 finalist in the American Christian Fiction Writers Carol Awards. On Distant Shores was a finalist for the 2014 Golden Scroll Award from both the Advanced Writers and Speakers Association (AWSA) and the Christian Authors Network (CAN).  In 2011, Sundin received the Writer of the Year Award at the Mount Hermon Christian Writers Conference. Sundin just launched her new World War II series, Waves of Freedom, with Through Waters Deep. Anchor in the Storm is expected to release in summer 2016.

A graduate of UC San Francisco School of Pharmacy, Sundin works on-call as a hospital pharmacist. During WWII, her grandfather served as a pharmacist’s mate (medic) in the Navy, and her great-uncle flew with the U.S. Eighth Air Force in England.

A mother of three, Sundin lives in California, where she teaches Sunday school and women’s Bible studies. She also enjoys speaking for community and writers’ groups.