May 12, 2016
Meet Dru Porter, former Marine, expert markswoman, and black belt—who also happens to be assigned as a bodyguard to star NFL tight end Gray Fowler. Don't miss the final Porter family novel by Becky Wade, Her One and Only. Gray starts receiving death threats from a stalker, and Dru is determined to find his stalker. Every secret that leads Dru closer to the stalker also draws her closer to Gray. As the danger escalates, they’ll survive only if they can learn to trust their lives—and their hearts—to one another.

Join Becky in celebrating the release of Her One and Only by entering to win her Porter prize pack and $100 cash card giveaway!

Enter today by clicking the icon below. But hurry! The giveaway ends on May 31st. The winner will be announced June 1st on the Litfuse blog. 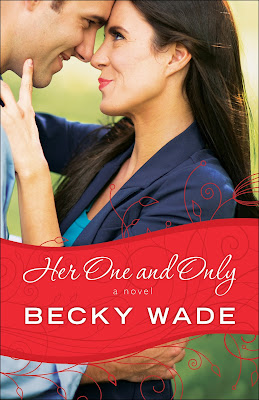 {MORE ABOUT HER ONE AND ONLY}

(Bethany House, May 2016)
After ten years in the NFL, super star Gray Fowler is accustomed to obsessive fans.
But when Gray starts receiving death threats from a stalker, his team hires an executive protection agency to guard him until the culprit is caught. Dealing with bodyguards 24/7 is a headache, especially when one of them is a young, beautiful woman. How can a female half his size possibly protect him better than he can protect himself?
Dru Porter is a former Marine, an expert markswoman, and a black belt–none of which saved her from disaster on her last assignment. In order to rebuild her tarnished reputation, she’s determined to find Gray’s stalker and, since relationships between agents and clients are forbidden, avoid a romantic attachment between herself and the rugged football player with the mysterious past.
Yet every secret that leads Dru closer to the stalker also draws her closer to Gray. As the danger escalates, they’ll survive only if they can learn to trust their lives—and their hearts—to one another.
Learn more and purchase a copy.

Becky Wade is a native of California who attended Baylor University, met and married a Texan, and now lives in Dallas. A favorite among readers of Christian contemporary romance, Becky has won a Carol Award, an Inspirational Reader’s Choice Award, and an INSPY Award.
Find out more about Becky at http://beckywade.com.
Becky Wade Bethany House giveaway Her One and Only