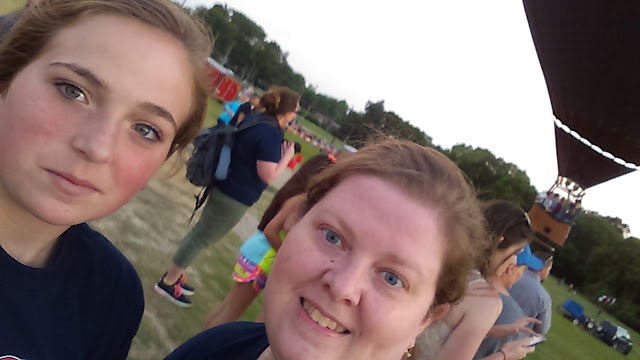 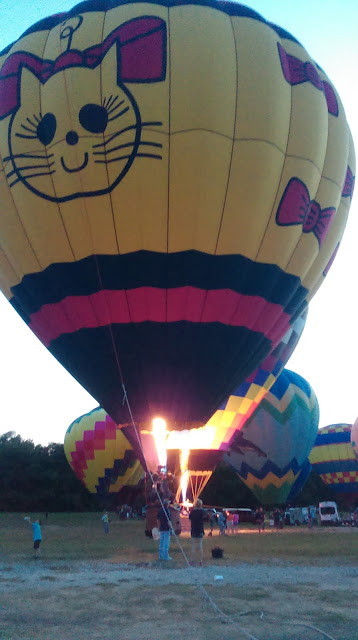 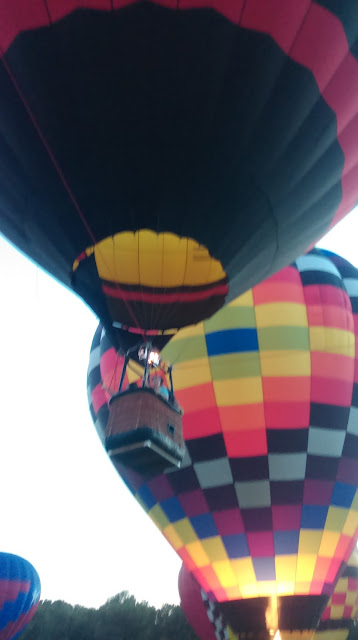 Miss Peyton joined us late last night after her softball game. She decided to join us because it was an overnight stay, we thought we'd have a good turnout in Canton and mostly because she wanted to go on a tethered balloon ride!

We'll skip the talk about how the day was long (setting all our merchandise back up to be ready by 10 AM because it did rain and it was a good thing we were packed and tarp-covered), and how well we all endured until we started packing up an hour and a half early (we won't be invited back again for that). I'll just say there are so many things that could have been done better, and believe me when I say people were not there to talk.

The balloons arrived later than scheduled. Tethered rides starting at 5:00 didn't happen until more like 7:00. We kept watch until we finally got our chance to take the ride!

And we kept watch for a while! If the balloons were kept away due to winds, Peyton would have been extremely disappointed.

My biggest fear was not how far we were off the ground because it wasn't that high. My fear was being able to climb in and out of the basket without help or looking like a fool!

That part went ok, but Peyton has already made fun of me for holding on to the bar at the corner for dear life. The basket dipped for easier climb in/out, and that part was at my back, not even all the way up to my waist -- and I am short. I held on because it felt weird that the basket was so short.

Our flight was probably short of 10 minutes, but we both can officially say that we have flown on a hot air balloon. That's one of those bucket list type items!

In fact, the woman that rode right before us is turning 80 next week and had to use a walker. She had to have help getting in and out, but she got to check her ride off of her list.

Afterwards, we did catch part of what they call the balloon glow.

Hopefully, mom got some better, not so blurry pictures on her camera. I took a few on her camera too. My regular camera is dead (read yesterday's post). If she has better ones, I'll post more sometime later in the week.

Since we packed up early, Peyton and I decided we didn't want to endure a bad night's sleep at the hotel, so headed home. Since the room was paid for, we left Mom and Dad in Canton for the night. (It took us three vehicles to get all of our stuff over there this time since we had planters.)

We did get some good conversation in on the ride before we met her Dad on the trip back home. We haven't had much chance lately. More than one reason for that, but one of the biggest seems to be that my house is scary.

For now, we don't have any more events scheduled. With the exception of the local event two weeks ago that went way better than expected, we've decided outdoor festivals with main draws being something other than shopping are not for us. Guess we'll be packed in the fall for Christmas. The good news is that I can get to sleep at decent hours instead of working up stock for a while. I should probably say decent if I so choose. 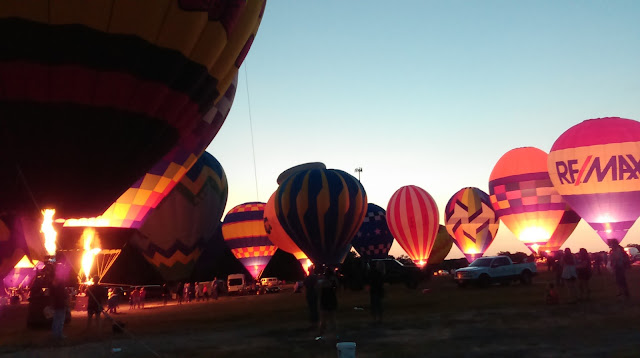