Giving children a name in life, dignity in death 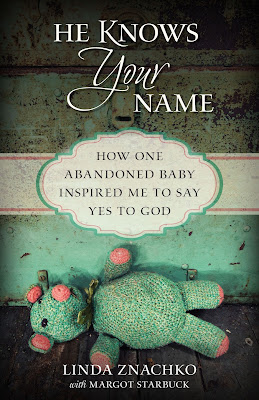 When the evening news reported an abandoned baby had been found dead in a local dumpster, Linda Znachko’s comfortable life changed. She was suddenly convicted, knowing God wanted her to provide a dignified burial for this tiny lost child. She obeyed, having no idea where that first small yes would lead. He Knows Your Name: How One Abandoned Baby Inspired Me to Say Yes to God (Kregel Publications/ September 27, 2016/ISBN: 9780825444043/$14.99) chronicles Znachko’s journey and challenges the reader to say yes to the Holy Spirit’s leading, no matter how insignificant or strange it may seem.

As she continued to follow the leading of the Holy Spirit, Znachko found herself in places she never dreamed she would be: at the graveside of the child of an abused mother, by the side of a mother fighting for her lost child and at the funeral of a Texas stripper who died two days before her baptism but left a legacy of love behind.

“God’s Spirit was prompting me to step into a stranger’s deepest pain,” Znachko recalls. “Had I declined, no one around me would have been the wiser.” Despite her reservations, God began opening her heart to sense and respond to His leading in a fresh, new way. 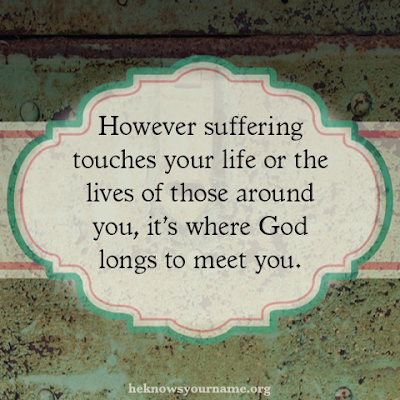 Each implausible encounter propelled Znachko into a life she never knew she wanted — a life defined by radical obedience to God. She founded the He Knows Your Name Ministry, which gives children a name in life and dignity and honor in death. “Names give legitimacy to life. A name gives purpose, identity and meaning to a child who otherwise would be hidden,” explains Znachko. “God Himself has named us. God’s character attributes are named because it brings fullness to who He is.”

The ministry also partners with parents who want their children’s legacies to be more than just the circumstances surrounding their deaths. Znachko’s aim is to assist the grieving to find healing in loss and purpose in knowing every life is sacred to God. “It is our desire to be life-givers of hope, redemption, freedom, dignity and newfound joy for parents who have experienced the tragic loss of a child and for the children who have suffered the loss of their parent.”

He Knows Your Name not only invites readers into the intimate places in which Znachko drew closer to God and followed His lead to reach the marginalized and hurting; it challenges them to walk daily with eyes wide open. With honesty and clarity, Znachko calls readers to look for ways to honor to those around them. Fulfilling God’s command to care for widows and orphans requires sacrifice and at times is wrought with heartache, but He Knows Your Name shows when we are obedient, love will grow where death once reigned.

“Linda Znachko could not have predicted how honoring one nameless, abandoned baby would lead to a vibrant celebration of life and love for otherwise rejected and forgotten people. By responding to God’s prompting time after time, Znachko models a life of faith and obedience. The stories in her book remind us there is always more than meets the eye — and by opening our hearts, we can reach out without judgment and watch God bring healing.”
~ Ann Kroeker, writing coach and author of The Contemplative Mom, Not So Fast and On Being a Writer

“The dignity of a proper burial, or a simple headstone to mark one’s final resting place, may seem like a small thing to most people in Western society. But not to Linda Znachko. Her journey of serving ‘those who mourn’ began with a first step of obedience in providing a proper grave for an infant abandoned in a dumpster. Her mission has since grown to include an ever-widening circle of caring individuals dedicated to the proposition that our very humanity consists in our ability to do the ‘small things’ well — to love and respect the least among us, whether in life or in death.”
~ Cristóbal Krusen, chairman and CEO of Messenger Films, Inc. 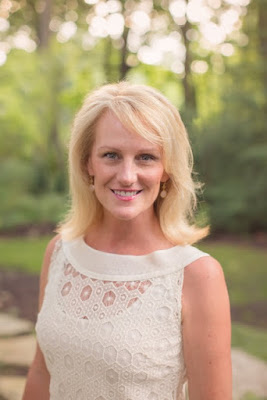 Linda Znachko is the founder of He Knows Your Name, a ministry that gives children a name in life and dignity and honor in death. She also partners with mothers who do not want their children’s legacies to be the circumstances of their death. Her aim is to assist the grieving to find healing and purpose in knowing every life is sacred to God. A sought-after speaker in churches, conferences and retreats, Znachko has been involved with discipling women for more than 25 years. Regularly involved with local and regional media, Znachko works to bring attention to the problem of abandoned, unwanted and marginalized children.

Znachko is married to Steve; together they founded Zacchaeus Foundation, which funds ministries across the globe. They are also dedicated advocates of Safe Families for Children of Indiana.

Linda Znachko currently resides in Indiana with her husband, Steve, where they raised their four children.