I may have to move to Arlington

Last weekend at Wurstfest, we were next to a new vendor who was just starting to do shows. We were trying to fill her in on what kind of events to do -- and what not to do. Being there for hours upon hours... something like 10 hours... we talked a lot and got on the subject of Ranger games. The company she works for has season tickets, and she offered us a set.

We could have gone on a weeknight, but we decided it would be more convenient to go on a Sunday afternoon. That was not our best choice. It's still hot here in Texas. Something like 95* hot.

My arms are sunburned, but not as bad as I expected given that we forgot the sunscreen. I expected much worse. However, I sweated more than I have ever sweated while doing nothing more than sitting still in my life.

I'll tell you how bad it was, we wouldn't leave our seats because the seats were so hot from the sun, we didn't want to get up the seats we had adjusted to in order to sit on the seat after it warmed up again. The back of the seat would burn you.

Given the Rangers are first in the division and soon to be in the playoffs, you would have thought they were basement dwellers by the size of the Sunday afternoon crowd. Anyone in the upper deck were in the top 6 rows in the shade. Even the bottom tier of seating was mostly empty, especially along the third base line and left field. Anyone on that side of the field was up under the shade. The only full sections were in the Home Run Porch where other fans were also standing behind the stands.

Right now, there is campaigning for the city of Arlington to agree to a tax increase to build a new stadium with a retractable roof --- and air conditioning. I think I should move to Arlington just to vote YES to the new stadium. Anyone who has ever visited Minute Maid in Houston can appreciate air conditioned baseball in Texas in the summer.

We were 11 rows off the field right down the first base line. We had foul balls whizz right by us. One bounced in the row in front of me, but it was too fast for me to snag it. For that reason, it was worth the trip. Best parking ever too. We parked super close and had no problem getting out of the lot. Because no one was there.

I did get some good shots with Mom's camera that I may claim as my own. 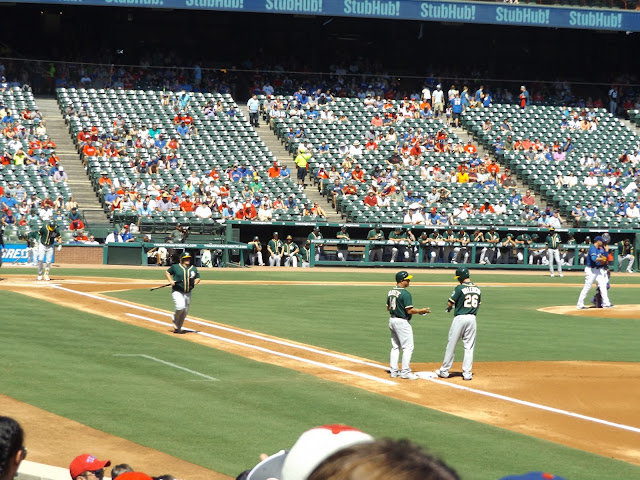 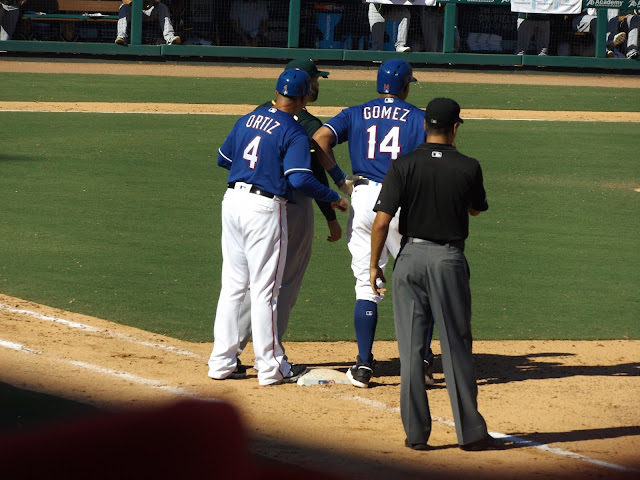 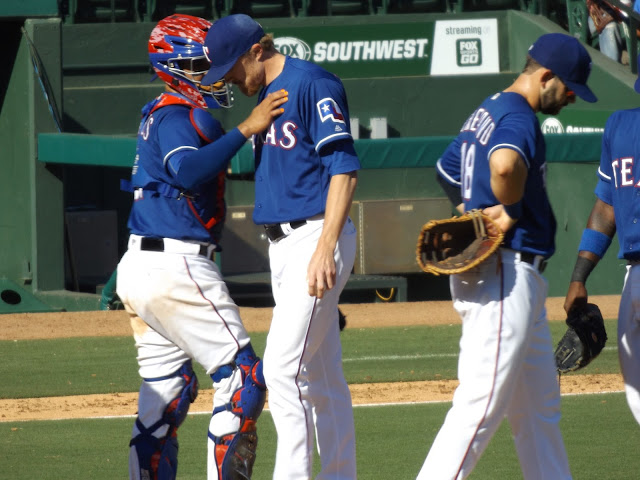 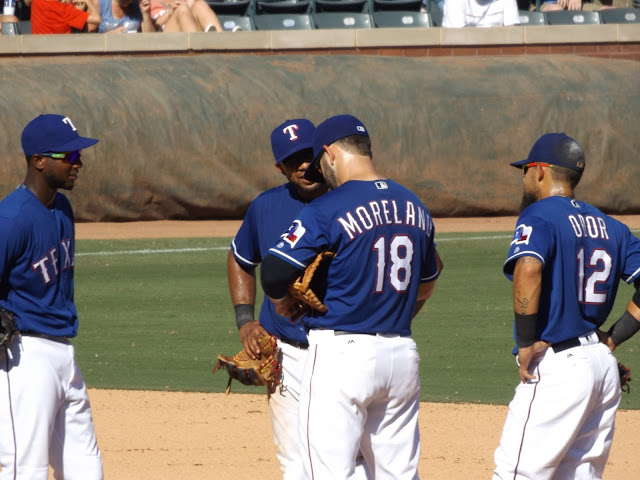 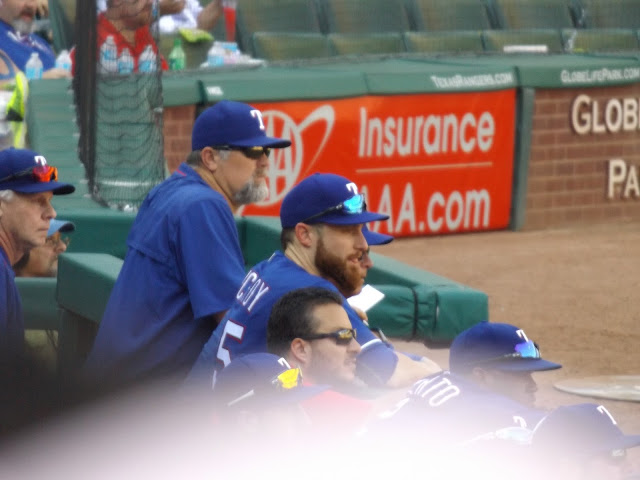