Hope, even at its most fragile, is always stronger than it appears 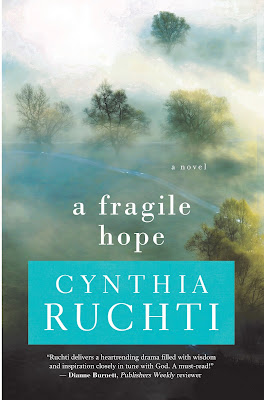 onto hope, even when it doesn’t make sense

We easily become so absorbed in our own responsibilities, problems and concerns that we miss what is going on in the lives of those around us, even those we love the most. That’s where Josiah Chamberlain finds himself in award-winning author Cynthia Ruchti’s latest release, A Fragile Hope (Abingdon Press/April 4, 2017/ISBN: 9781426791505/$14.99). When his life starts falling apart around him, will the fragile hope he has left be enough to help through the most difficult time of his life?

As a best-selling author, speaker, and relationship expert, Josiah’s life’s work revolves around repairing other people’s marriages. While he is focused on his latest deadline, Josiah fails to notice as his wife, Karin, grows distant. Their relationship is challenged further when Karin is involved in a serious car accident and is unable to communicate. When his own marriage is threatened, Josiah finds his expertise, quick wit and clever quips are no match for a relationship that is clearly broken.

Feeling betrayed, confused and ill-equipped for a crisis this crippling, Josiah reexamines everything he knows about the fragility of hope and the strength of his faith and love. Love seems to have failed him. Will what’s left of his faith fail him too? Or will it be the one thing that holds him together and sears through the impenetrable wall that separates them?

Ruchti hopes readers find a few unmistakable lessons in love tucked quietly within the pages of the story, including:

The truest example of love and deeper inspiration for A Fragile Hope came from I Corinthians 11:23-24, “The Lord Jesus on the night in which He was betrayed took bread; and when He had given thanks, He broke it and said, ‘This is (represents) My body, which is [offered as a sacrifice] for you,’” (Amplified Bible). Ruchti admits this doesn’t seem like the typical scripture to inspire a contemporary novel, but readers will find why this scripture played a key role as they delve into the story. “I was deeply moved by the idea that Jesus showed us the depth of His love most significantly ‘on the night He was betrayed.’ What would that look like in a husband/wife relationship, or any other relationship, for that matter? Can love shine brightest on the night it’s betrayed?”

Of course, Ruchti hopes readers will finish the book with a satisfied sigh but adds, “I pray they’ll also have gained a deeper appreciation for the power of love and the strength of hope. Disappointment and betrayal are always more layered than we imagine. Hope is always stronger than it appears, even at its most fragile.”

“Exquisite storyteller Cynthia Ruchti has accomplished the seemingly impossible feat of beautifully portraying the inner struggles of a man on the edge of decisions that will forever change reality for all those he loves. I simply could not put down A Fragile Hope, because, after all, everyone is seeking hope in the end. Must read!”
~ Lucinda Secrest McDowell, author of Dwelling Places

“Master storyteller Cynthia Ruchti demonstrates a unique ability to weave tenderness with life-changing truth in her novel A Fragile Hope. It offers more than a good read. It offers answers for those seeking the path to forgiveness and longing for hope in the midst of seeming impossibilities.”
~ Grace Fox, international speaker and author of Moving from Fear to Freedom 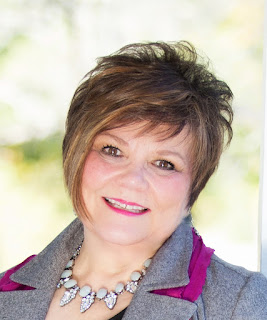 Cynthia Ruchti tells stories hemmed in hope through her novels, novellas, nonfiction books, articles and devotionals, drawing from 33 years of on-air radio ministry. Ruchti has written more than 20 award-winning novels, novellas, nonfiction books and devotionals. Her books have received numerous awards and nominations, including the RT Reviewers’ Choice, ForeWord Reviews Book of the Year nominations, two Selah Awards, Christian Retailing’s BEST, was an ACFW Carol Award finalist and a Christy finalist, among other honors. Her latest release is the novel A Fragile Hope.

One of Ruchti’s greatest joys is helping other writers grow in their craft. To that end, she has served as worship and devotions staff and faculty for the Write-to-Publish conference and teaches at other writers’ conferences across the country and internationally as opportunities arise. She also serves as the professional relations liaison for American Christian Fiction Writers.

Ruchti speaks frequently for women’s groups and serves on her church’s worship team. She and her husband live in the heart of Wisconsin, not far from their three children and five grandchildren.