What might tomorrow’s world look like if today’s mothers took the responsibility for their sons’ futures and raised courageous young men who seek the heart of God in every situation? Accomplished author and speaker Rhonda Stoppe answers that question in Moms Raising Sons to Be Men. Well-acquainted with the struggles faced by modern mothers and sons, Rhonda challenges every mom to hand her son his manhood—and then partner with God in upholding biblical rules and defining clear boundaries while creating an environment in which her son can grow independent and spiritually strong.

To be the mother of a son is not for the faint of heart. I remember when my son was born. Looking into his little face, the feelings within me were somehow different from four years earlier when I had given birth to my daughter. I felt so inadequate as I weighed the responsibility of molding this baby into a man. Up to this point raising a girl had not been a difficult challenge. It was clear that she was like me, with all the love for being a girl that she could express. She loved shoes and colorful bows for her hair. She was extremely social and adored her friends. And her daddy? Oh, she loved her daddy. Yes, relating to her had been no problem at all.  Yet now in my arms I was holding a helpless baby boy who would grow into a man. Honestly, even changing his diaper was intimidating with his recently circumcised appendage. I remember thinking, I cannot imagine that soft little face one day having whiskers. As I studied his hands so tiny and fragile, I thought of how they may one day be rough and calloused like his father’s.

When you gave birth to your son, did you find yourself imagining what kind of man he might become? When it came to my son, I did not want to raise a momma’s boy, yet I wanted to be his protector. I did not want him to be rough and reckless, but I did want him to be strong. I wanted him to become a wonderful, godly man like his father. As I took the little guy home, and he began to develop his personality, I found my parenting overshadowed with fear of doing it wrong. I gradually developed a sort of reactionary mode–he acted and I reacted. Rather than following a clear path toward shaping his life, the fear of what I did not want my son to be became my standard. I was merely putting out fires rather than kindling the flames of my son’s character.

From my experience, I’ll share with you the five things every mother of a son needs to know.

Everyone is born with a longing to be cherished. When children don’t feel loved by their parents there will be negative ramifications. Adoring your baby boy comes naturally. But as he grows, learning to love your son without condition can be hard once he gets to an age where he may not measure up to your expectations.

Rather than hoping your son will change by regularly reminding him of how he’s disappointing you, tell him how much you admire him when he excels. And when he fails, he needs to know you love him all the more. Regularly tell your son what you love about the man you see him becoming.

Loving God with all of your being is His priority for your life. And when you love God properly what spills out of you will be His love for your son (see Mark 12).

When my son, Brandon, was an adolescent he began to push me away. The harder I tried to pull him back, the more he would resist. Then it dawned on me, “He is trying to become a man, and he thinks I’m keeping him from doing so.”

Most sons know there’s no coming of man ritual in our culture, except “don’t be a momma’s boy.” That means you can either hand your son his manhood, or he’s going to fight you for it. When I deliberately determined to show Brandon my love for him by showing him how much I respected the man he was becoming, our relationship became so much better.

In Moms Raising Sons to Be Men, I share how my handing Brandon his manhood took away his instinct to rebel against my authority.

When Brandon finished singing in his kindergarten pageant, he looked for me in the audience. As I cheered wildly for him, he smiled and gave me a wink. Brandon is now grown and a musician, but over the years, whenever I have been in the audience, he has found me at the end of the performance and given me a little wink.

Realizing how much your son values your affirmation is vital to helping him find the courage to attempt new things. He can find courage when he knows you’re there to cheer him on no matter what the outcome.

Brandon is now married to the love of his life. Now it’s his wife he looks for in the audience, and it delights my heart to know he winks at her after a performance.

4. He listens shoulder to shoulder.

Our oldest son, Tony, didn’t come to our family until he was 15. He had a convertible Jeep that he would work on at night, so in an attempt to have good conversations with Tony, I would go outside and sit in his Jeep while he worked on the engine.

As he worked, we talked about girls, his dream to become a fighter pilot (he is one now), girls, his college aspirations, and more about girls. All while Tony’s head was down in the engine, he spoke of his dreams and allowed me to share words of wisdom with him.

I am confident if I had sat Tony across from me and said, “Let’s talk,” he would not have spoken a word. But learning that men are most comfortable visiting shoulder-to-shoulder, rather than face-to-face, equipped me to meet Tony in a place where he would open up as well as listen when I had something to share.

I’m confident God knit our hearts together on those hot summer nights as Tony worked on his Jeep.

Remind your son that you are on his side and your goal is to help him become a man who has built the foundation of his life on a relationship with Christ. This will help him realize how soon he will be grown and how important it is to submit himself to becoming the man God would have him be in order to build a no regrets life.

Repeat after me, “I’m raising a man. I’m raising a man.” It’s hard to believe that soft faced little boy will one day become the man you will look to for protection and counsel, but it will happen sooner than you can imagine. When you help your son build a foundation upon God’s Word and wisdom he’ll be equipped to one day choose a godly wife, and train his own children to follow Christ. And one day He you’ll be surprised to find him caring for you with his words of wisdom and godly counsel. 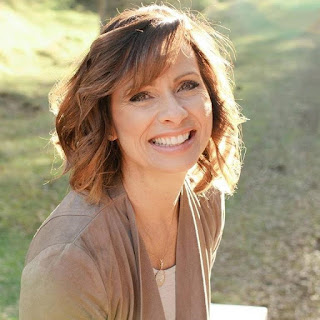 Rhonda Stoppe is the No Regrets Woman. She is an author and speaker with more than 30 years’ experience dedicated to helping women live life with no regrets.

Stoppe’s wisdom and experience helps women:
-          Discover significance in God and His specific purpose for their lives.
-          Connect biblical principles to everyday decisions.
-          Develop a loving marriage that others dream about.
-          Influence the next generation by raising children with integrity.
-          Leave a legacy of a life well-lived with no regrets!

She is the author of Moms Raising Sons to be Men, If My Husband Would Change, I’d Be Happy & Other Myths Wives Believe, and two e-books.

Visit her website at www.NoRegretsWoman.com for more resources on love, marriage and parenting as well as information about booking her for speaking events. Follow Rhonda on Facebook (Rhonda Stoppe No Regrets Woman) and on Twitter (@RhondaStoppe).
Harvest House Moms Raising Sons parenting Rhonda Stoppe