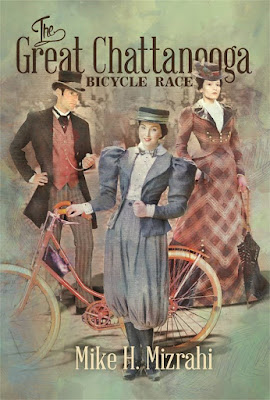 Faith, patience and courage in adversity
help a young woman find her way
Debut novel by Mike H. Mizrahi highlights
how the bicycle paved the way for women’s rights

We live in a world where a device on our wrist can detect our every step and vital sign while our phones pop up with notifications telling us where we are, in case we did not already know. Too easily we take for granted the great inventions of the past that drastically changed the world at the time they were introduced. Take the bicycle, for example. In his debut novel, The Great Chattanooga Bicycle Race (Redemption Press/May 1, 2017), author Mike H. Mizrahi tells the story of a woman who creates waves by not only riding a bicycle, but doing so in bloomers. A woman riding a bicycle in pants seems trivial to us now, but at the turn of the 20th century, it was a very big deal and played a part in the advancement of women’s rights.

The Great Chattanooga Bicycle Race introduces readers to Anna Gaines, an insecure and introverted 19-year-old, who discovers she’s a natural on the “wheel” after a visit with her aunt in Brooklyn. Upon returning home to Chattanooga, she insists on the same rights men have to cycle in public. She becomes the first woman to ride the streets of Chattanooga, clad in the bloomers, the risqué apparel many New York women are wearing in 1895.

“The bicycle created a new mobility for women, which led to increased independence. To accommodate women riders, clothing manufacturers created new streamlined dresses and skirts that fell to the ankles, even bloomers so as to not get tangled in the pedals,” explains Mizrahi. “The Gibson Girl emerged in newspaper and magazine advertisements — the artistic creation of one thousand women featured tall and slender lines, ample hips and buttocks, youthful features and ephemeral beauty. The ‘New Woman,’ the feminist ideal, rode into the 20th century on a bicycle — all the way to the Nineteenth Amendment of the Constitution.”

As an author, Mizrahi is drawn to this particular time in history due to the many changes going on at the time. Industrialization created a massive shift in America from an agrarian to a more urban society, opening the door for both men and women to attend school and take jobs outside the home. However, change did not come as quickly in some areas as others. “As I researched the amazing impact the bicycle had on the American social fabric, I noticed one region was slow in accepting female cyclists: the South,” Mizrahi shares. “After the War Between the States, Chattanooga was the gateway to the South thanks to shipping via the Tennessee River and the rail lines that connected the industrialized North to the struggling South, creating a magnificent business hub within the city. A shift in Southern social norms involving the bicycle might well have started there and spread to other cities. So I chose Chattanooga — a different kind of southern city after the war.”

In addition to an entertaining story and a glimpse into history, Mizrahi hopes readers will see growing into the person he or she longs to become requires patience and courage in the shadows of adversity. “Having the courage to conquer our inner doubts and pursue our dreams can transform us and those around us — even change history.”

“The Great Chattanooga Bicycle Race artfully blends the story of a young woman trying to find her place in the world at the dawning of a new century, and the fascinating historical impact of the bicycle on national clothing styles and societal mores in the 1890s.”
~ Kenneth Kemp, co-author of Why Not Today: Trafficking, Slavery, the Global Church . . . and You 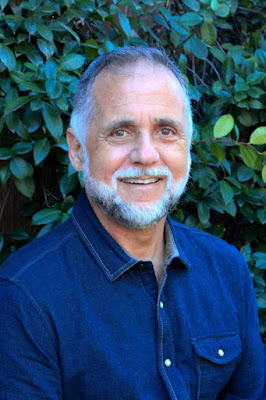 Mike Mizrahi has a master’s degree in public relations, advertising and applied communication from Boston University. After a career in corporate public affairs, he retired to pursue a deep passion: writing.

Mizrahi and his wife, Karen, led a mission trip to the Democratic Republic of Congo four years ago and were so moved by the experience, Mizrahi wrote his first novel, which he hopes will one day be published. The Great Chattanooga Bicycle Race is his debut published work.

Mizrahi loves reading and writing stories about “sozo,” which means to be rescued in Greek. He and Karen are very active in their church and community and love to hike, travel and go the movies together. The Mizrahis live in Woodland Hills, California, where they raised their children who are now adults.