Strange, but not the strangest concert I've seen at the AAC

May 26, 2017
A month or so ago one of the big Facebook games was sharing 9 concerts you had been to and one that was a lie. At first I thought, "Wow, if I did this it would be pathetic because I average maybe a concert a year, and over the past I don't know how many years, I've seen the same two groups multiple times."

However, including opening acts, I had a pretty eclectic list that included George Strait and Lady Gaga, The Oak Ridge Boys and Maroon 5. Afterwards, I thought of people I could have added. For example, Trans Siberian Orchestra. That will likely forever be the strangest concert experience ever. I blogged about it once upon a time. I describe it as having an acid trip without ever taking acid. My friend, Jenny, and I still reference it every year.

So, Jenny and I have been to five New Kids on the Block concerts together dating back to 1990. It's our thing. For the sixth time, I went with Rachel, but Jenny was sitting one level up and one section over from us. We texted back and forth the entire time. I'll get to her insights here in a minute.

First up was Boyz II Men. Jenny and I were supposed to see them as a first act a few years ago, but ran late and caught them as they ran off the stage singing "Motown Philly." We were all glad we caught them this time. This part was great. The most strange thing was a rose blooming during one of their other very popular songs. (Think about it and the association.) 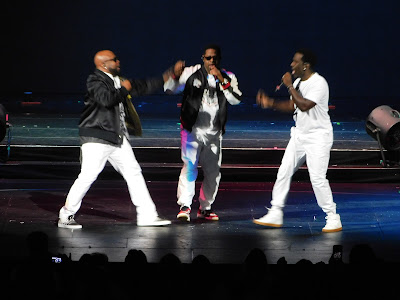 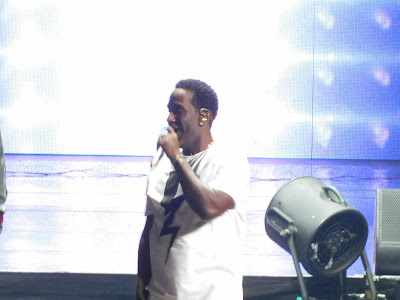 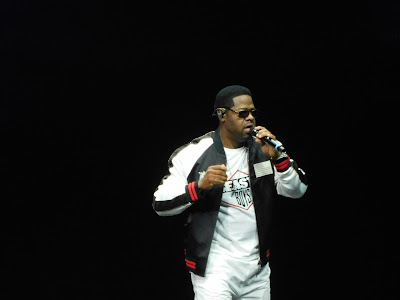 Then, Paula Abdul took the stage. Rachel said she could not care less about Paula. I told her it should be fun! By the time it was over, I was agreeing with her. I better watch what I say because even though I didn't tweet anything about Paula, the next day she started following me on Twitter.

Between every song there was a wardrobe change. Yeah, I knew there would be dancing, I just didn't think about every song being so choreographed. There also was a lot of reliance on the video screens (the whole stage backdrop) for special effects.

One song Jenny would text, "This is like everything on America's Got Talent put together." You know those shadow dance numbers or the guy in front of a screen dancing while the graphics morph?

A couple of songs later, "Now it's So You Think You Can Dance." Wait, that was actually during a costume change. While she was changing, she introduced her dancers. They ran out one by one with their names on the screen.

It got a little weird at times. Sometimes she was dancing with real dancers and with dancers on the screen at the same time.

While all of this was going on, I was on Facebook with Angie who had seen a video her cousin had posted. Her comment was, "I don't think she's singing." We don't think she was either, but her audio tracks were off whack. Loud and really high pitched. She sounded bad. I've been to concerts where everyone sounded bad, but Boyz II Men and NKOTB both had good sound (especially for a concert setting). 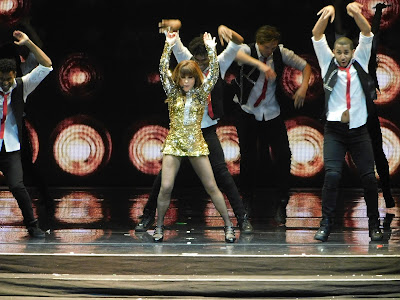 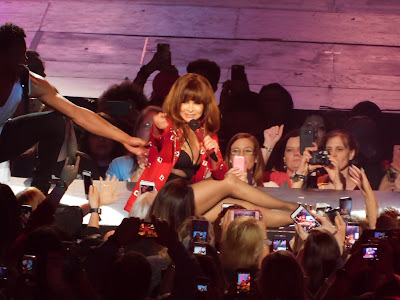