Celebrate the 50th anniversary of a classic American novel 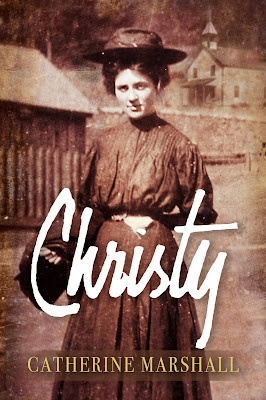 Some stories are evergreen, their themes and lessons standing the test of time and connecting with readers generation after generation. One such book is Catherine Marshall’s Christy, originally released in 1967 and now celebrating its 50th anniversary with the release of a new hardcover edition and its first-ever release as an e-book from Evergreen Farm, an imprint of Gilead Publishing. Based on Marshall’s mother’s life, the story of Christy is one of determination, devotion and commitment to making a difference in the world.

Q: How many copies of Christy have been sold in the last 50 years since its original release?

Exact figures are hard to estimate as the way sales are tracked has changed throughout the years. The book has also been re-released in various formats from different publishers. However, with the information we do have, we believe more than 10 million copies have been sold.

Q: Readers throughout time have always had a strong emotional connection to Christy. What is it about Christy that resonates with young women especially?

The story of Christy has endured because of its timeless themes. A young person, barely 19, is inspired to contribute her time and talents to make a difference. Her idealistic ideas clash head-on with those who see her as an outsider, a do-gooder and a meddler. Christy has to learn how to come alongside people she wants to “help” and learn how to care — really care — for them, one person at a time.

Throughout the years, we have learned of many people inspired by the story of Christy who became a teacher or a doctor or who entered public service living among the poor in their communities in the United States or abroad.

Q: In what ways will millennials be able to relate to Christy, a character based on a woman who was born 120 years ago?

There is an entire generation who does not remember the CBS TV series. I gathered our children to watch it every week, but they were two and four when it aired. Today they are 25 and 27. The largest demographic by 2020 will be the millennials. Their choices, passions, investments of time, talent and treasure will impact America economically, politically and socially.

I am particularly excited to introduce this audience to the novel Christy. Christy is a timeless tale of courage, determination and passion — a story very much reflective of millennials today. With their desire to make a difference, ingenuity to create businesses or engage in work that has social impact and rejection of cash donations in favor of offering their time and talents or social enterprise, it is time to introduce them to this amazing young woman, Christy. Christy and other key characters in the novel, such as the doctor and a minister, have to learn how to take who they are and what they have to give and learn to serve a community that challenges them in ways they cannot anticipate.

How these key characters approach trying to make a difference — all very unique and different — are everyman and everywoman who desires to do the same in their own community today. The wonderful thing about millennials is that they are disrupters; they want to make a difference. The desire to be a change agent often starts in the heart, as did Christy’s desire to come to the mountains to teach children. That inspirational motivation can sometimes flag when met with obstacles, resistance or even hatred. The story of Christy takes on these challenges head-on and does not flinch with depicting the realities of pitting the enthusiastic change agent Christy against resistant, suspicious people in the community. How she navigates her life in the Cove and her passion to make a difference applies to anyone who wants to make a difference in his or her community, business, charity or social enterprise.

Q: What lessons can those who are about to make a life change and enter an unfamiliar world glean from the story of Christy?

In a word, courage. It took a lot of courage for Christy Huddleston to leave everything familiar and comfortable and enter a world different from anything she had experienced before. Her life in the Appalachian Tennessee mountains was a stark contrast to the life she had lived in the city of Asheville, North Carolina. It required courage for her to face opposition and evil. It required courage for her to face her own shortcomings and doubts without running away. She continued to try new methods and ideas.

Perseverance is another lesson. Christy learned that change of social injustice and community values is slow and often painful. Changing a community and its way of doing things is usually the result of impacting one life at a time. Learning how to persevere in the midst of discouragement and setbacks is another life lesson demonstrated in Christy’s encounters with the fiercely determined Scottish highlanders in the mountains of Tennessee. 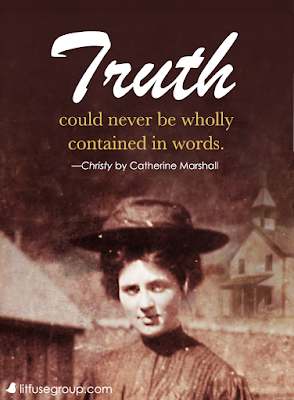 Unexpected joy — it is often when we risk the familiar, launch out into the uncertain future and leave behind what is comfortable and familiar that we encounter unexpected joy. Christy had no idea when she first arrived in the Cove that she would experience unfettered joy with these ragamuffin children, encounter the depths of shared friendship and insights with an unusual mentor or be taught about true beauty and joy in the simplest of things by a mountain woman. She came as the teacher. She came to serve. She came to make a difference. As so often happens when we take these kinds of risks, she found herself the recipient of so much more.