Sarah E. Ladd’s The Headmistress of Rosemere reminds us everything is in God’s hands 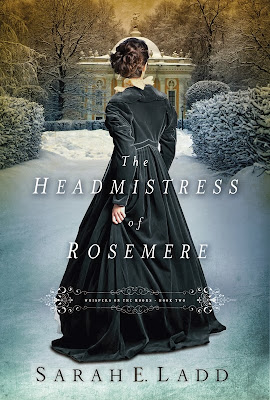 Through good and bad, cling to God’s strength

Sarah E. Ladd’s The Headmistress of Rosemere
reminds us everything is in God’s hands

Readers have fallen in love with Ladd’s depiction of early19th-century England’s Regency period and have raved about book one in the series, The Heiress of Winterwood.  They are sure to be equally smitten with Patience Creighton who has come to terms with what’s expected of her. At 25, she knows her chance of having a family has passed, so she happily dedicates herself to teaching at Rosemere School for Young Ladies. Her orderly and pleasant world is turned upside down with the sudden death of her father and her brother uprooting to London. The burden falls on Patience to keep the school running. And the return of the enigmatic master could be the end of the school and all she holds dear.

Every move William Sterling makes is met with failure. Mistake after mistake leaves William teetering on the edge ruin. As master of Eastmore Hall he owns more property than he can manage, including Rosemere School. When debtors start calling, he is desperate to find a new source of income, even if it means sacrificing Rosemere.

When a raging fire threatens the school grounds, William must decide to what lengths he is willing to go to protect his birthright. Patience begins to question her own calling when her brother returns to take over management of Rosemere. After a revelation about William’s past, both William and Patience will have to seek God’s plans for their lives — and their hearts.

Ladd approached The Whispers on the Moor series with one question in mind: “What wouldn’t a young woman in the Regency period not do?” Ladd hopes to surprise and delight readers with a new view of Regency heroines. The recipient of 2011 ACFW Genesis Award for historical romance, Ladd is currently working on the third book in the series, A Lady at Willowgrove Hall (October 2014).

Readers can join Sarah Ladd for a live Facebook author chat on February 4, 2014 at 8:00 PM EST. Watch for more details to come on her Facebook page (Sarah Ladd Author). To keep up with Sarah Ladd, visit www.sarahladd.com or follow her on Twitter (@SarahLaddAuthor).

“Sarah Ladd has written a story sure to warm your heart even on the coldest day.”
~ Laurie Alice Eakes, Author of A Reluctant Courtship

“Readers will cheer for the determined heroine and the flawed hero in this engaging story of redemption, set in the lush English countryside. Sarah E Ladd is quickly establishing herself as a rising star in Regency romance.”
~ Dorothy Love, author of Carolina Gold 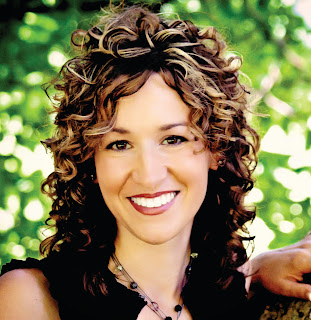 Sarah E. Ladd has always loved the Regency period — the clothes, the music, the literature and the art. A college trip to England and Scotland confirmed her interest in the time period and gave her idea of what life would’ve looked like in era. It wasn’t until 2010 that Ladd began writing seriously.  Shortly after, Ladd released the first book in The Whispers on the Moors series. Book one of the series, The Heiress of Winterwood, was the recipient of the 2011 ACFW Genesis Award for historical romance.