William Sirls shares his own past in hopes of reaching others 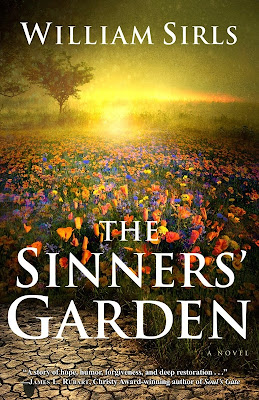 God finds you, wherever you are

“God must be in prison, because that’s where so many people seem to meet him.” Gerald “Rip” Ripley speaks from experience, having been there himself. Now he is not only trying to put the past behind him and move on with the future, he’s trying to help the others in his life do the same. In The Sinners’ Garden (Thomas Nelson / December 17, 2013 / ISBN: 978-1401687380 / $12.99), William Sirls shares some of his own hard-learned wisdom, writing more of himself into the character of Rip than he would sometimes like to admit.

“I heard the line about God being in prison well more than ten years ago, and as funny as it seemed at the time, it’s interesting how its meaning has changed for me since then,” admits Sirls. In 2007, the author himself was incarcerated for wire fraud and money laundering. While in prison, Sirls learned a great deal more than he ever bargained for — life lessons involving faith, grace, patience and forgiveness. “From a spiritual standpoint, it gave me the opportunity to slow down and realize what is important. As my faith grew, I became anxious to share the things I learned, so I figured what better way to do that than through my writing.”

In The Sinners’ Garden, Andy Kemp’s young life has been as ravaged as his scarred face, but he doesn’t know the whole story behind what happened to him. Disfigured by an abusive father, the teenager hides behind his books and an impenetrable wall of cynicism and misplaced anger. His mother, Judi, struggles to reconnect with her son, but everything she tries seems to make matters worse. When his uncle Rip returns transformed after a stint in prison, he wants to be a mentor to the reclusive boy and do everything he can to help end Andy’s pain. However, the only thing the family can agree on is that there is something extraordinary about a garden of wildflowers that suddenly appears at an abandoned steel mill near their family land.

Meanwhile police officer Heather Gerisch has been called upon to respond to a series of late-night break-ins at homes around town. She soon realizes the mysterious masked prowler has not been taking anything, but instead has been leaving money and gifts for the families who need it most. As the bizarre break-ins continue, Heather finds herself at the crossroads of catching the elusive “Summer Santa” or losing her job.

When Andy begins hearing strange music through his iPod and making near-prophetic announcements, Rip is convinced that Andy is hearing the voice of God. Soon, all the mysterious pieces start fitting together, and they come to a realization about who the gardener is and what the garden means. The spree of miracles transfigures the small town of Benning from a place of hopelessness into a place of healing and beauty.

“I think most authors want to entertain readers, but as a Christian author with a checkered past, it was extremely important to me to try and share some of the lessons I’ve learned,” states Sirls. “I want readers to walk away from The Sinners’ Garden feeling closer to God with an understanding that nowhere is it written the Lord was finished doing miracles 2,000 years ago.”

“Some novels are about the head, some are about the heart. William Sirls’ latest is decidedly the latter. A story of hope, humor, forgiveness, and deep restoration, it poignantly illustrates how all of us have the life-changing chance to enter The Sinners’ Garden.”
~ James L. Rubart, best-selling author of Rooms and Soul’s Gate

“Sirls writes a story of choice, change, and intrigue that is wrapped in supernatural fantasy, iPods, and a field of mysterious flowers. In The Sinners’ Garden, he sets the narrative hook deep with multi-layered plots and heart-warming characterizations that reel readers in and refuse to let them go.”
~ Gail Welborn, Examiner.com 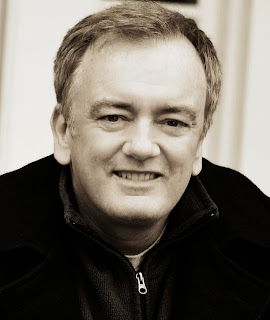 Over the course of his life, he has experienced both great highs and tremendous lows — some born of chance, some born of choice. Growing up in Detroit, MI, the youngest of six children, William Sirls was active in sports and had an active imagination. While he aspired to become either a professional golfer or attorney, he realized he didn’t have the talent or the grades for either of those careers, so he shifted gears and went in another direction.

Years before the publication of his first novel, he worked 60 hour weeks as a senior vice president at one of the nation’s largest investment firms, somehow finding time to read three to four books per week and to rough out ideas for different stories of his own. Sirls was forced to slow down and refocus when he was incarcerated in 2007 for wire fraud and money laundering. While in prison, he learned a great deal more than he ever bargained for — life lessons involving faith, grace, patience, and forgiveness. These lessons are evident in both Sirls’ first novel, The Reason (2012) and his new release The Sinners’ Garden releasing in December 2013.

“Prison is one of those things I wouldn’t wish on anyone, but at the same time there are few things I would trade that experience for … From a spiritual standpoint, it gave me the opportunity to slow down and realize what is important. As my faith grew, I became anxious to share the things I learned, so I figured what better way to do that than to rewrite my manuscript in a way that was a lot less magical and a lot more spiritual.”

Sirls is the father of two and makes his home in southern Michigan.

For more information about William Sirls and his books, visit his online home at www.williamsirls.com, become a fan on Facebook, or follow him on Twitter (@williamsirls).
The Sinners' Garden Thomas Nelson William Sirls