January 15, 2014
An Interview with Dorothy Love,
Author of Carolina Gold 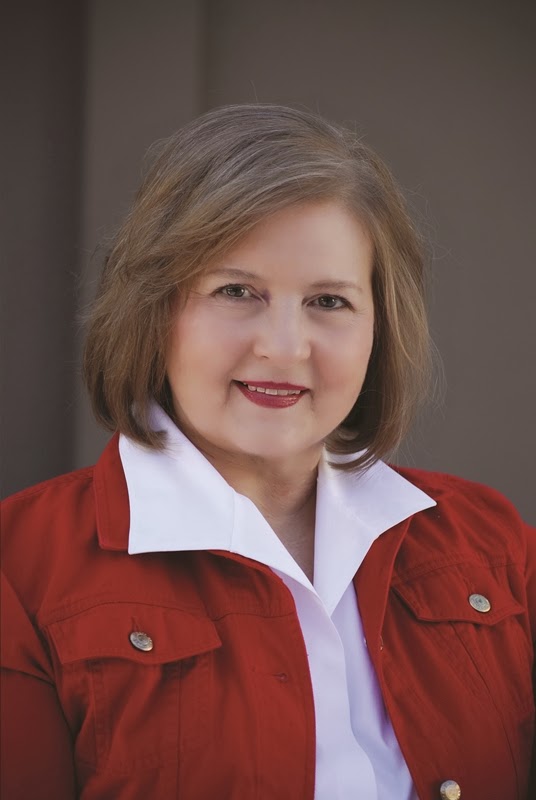 “Spiritual restoration often comes when we are able to move from desperation to delight, from fear to faith,” shares Dorothy Love. In Love’s newest release, Carolina Gold (Thomas Nelson/December 10, 2013/ISBN: 978-1-401687618/ $15.99), the characters find themselves clinging to vanishing dreams. Readers learn with the characters the importance of letting go and finding joy in what has been provided for them — not what they long to happen.

Inspired by the life of a 19th-century woman rice planter, Carolina Gold continues Love’s winning tradition of weaving together mystery, romance and rich historical detail, bringing to life the story of one young woman’s struggle to restore her ruined world.

Q: The main character, Charlotte Fraser, is based on the true story of a 19th-century woman who was a rice farmer. How did you come across this piece of history, and what made you want to base a novel on it?

While browsing in a Charleston bookshop some years ago I came across a book called A Woman Rice Planter by Patience Pennington. I bought it and discovered that Patience Pennington was a pseudonym for Elizabeth Allston Pringle. The book was a collection of post-bellum pieces Mrs. Pringle wrote for the New York Sun during the years she spent at Chicora Wood, her family’s rice plantation on the Pee Dee River. I was captivated by her sketches of life on the river, her efforts to revive the dying rice trade and her descriptions of her father, Robert FW Allston, who was governor of South Carolina just before the Civil War. I thought it was so brave of her, a widow, to take on such a daunting task during the Reconstruction period. On subsequent trips to South Carolina I found myself still thinking about Elizabeth, unable to let go of the hold she had taken on my heart and my imagination. Carolina Gold is the novel she inspired.

Q: Considering the story is set in post-Civil War and is based on a historical figure’s life, what did your research process look like?

I read close to 30 books about the South Carolina rice trade, including Mrs. Pringle’s only other published work, Chronicles of Chicora Wood, which was published after her death. I read some of the Allston family papers, collections of letters, and histories of Georgetown County, which was a fascinating subject in itself.

Q: Were you able to visit the South Carolina Lowcountry? If so, what elements of your visit did you include in Carolina Gold?

I’ve visited the Lowcountry many times over the past fifteen years. I love every inch of those winding tidal creeks and marshes, and of course the beach at Pawleys Island where much of Carolina Gold takes place. Last summer I hired a local river guide to take me up the Pee Dee River to see Chicora Wood. The plantation is in private hands and they don’t allow visitors inside, but I was able to photograph the exterior and see the rice mill and the river landing. We spent some time on the Waccamaw River, too, since I wanted to set my book there. The descriptions of Chicora Wood and other plantations, All Saints Church, the summerhouse on Pawleys Island are all a part of the book.

Q: What are some interesting facts you learned throughout the research process you didn’t know before?

Because of the value of the rice, Georgetown was at one time the wealthiest county in the country. It’s hard to imagine now just how wealthy those rice planters were. I was interested in how the Allstons managed such a large property and the slave labor it required. Mrs. Allston’s descriptions of handing out cloth for clothing, measuring the slaves’ feet for new shoes each year and the schedule for giving out blankets so that each family had some new ones every year added so much detail to what I already knew. Many of those details are included in the novel. 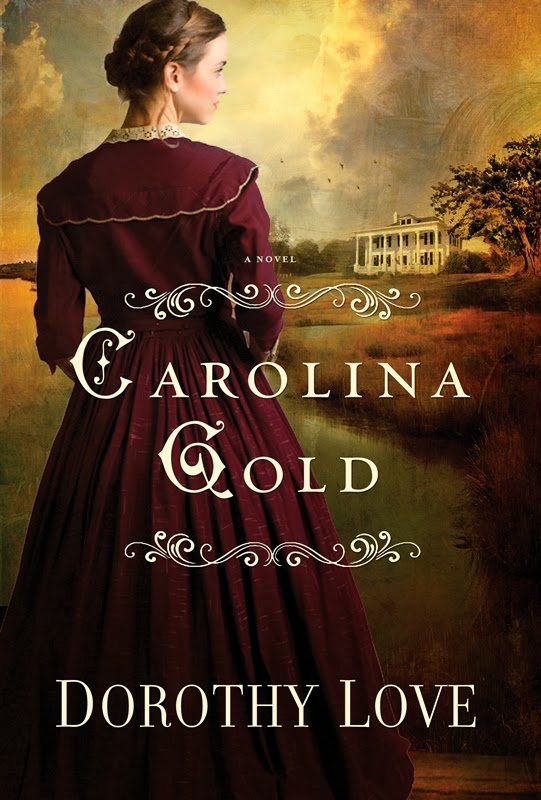 Q: Carolina Gold refers to a type of rice grown in the South Carolina Lowcountry, but does it hold a deeper meaning in the story as well?

Just as gold is refined by fire, my characters, Charlotte and Nicholas, find themselves tested by hard circumstances. The successful growing of Carolina Gold required great attention to detail and great effort. The process was fraught with risks and setbacks. Charlotte and Nicholas find themselves at the mercy of risks and setbacks, too, as they try to rebuild a life after great personal loss and the ravages of the war. I intended the growing of Carolina Gold to be a metaphor for their life journeys. I hope I succeeded.

Q: Both of your main characters are going through tough times in life. What advice do you have for when we come to those hard, unavoidable times? And how do shared hardships affect our relationships?

Recently I’ve gone through several of those hard unavoidable times myself. I’ve tried to maintain some perspective on the situations, knowing everything is a season and these present circumstances won’t last forever. Take one day at a time. Try to get some rest. Don’t be afraid to ask for help.
Shared hardships can bring people closer, or it can cleave relationships in two. Dear friends lost a son in an accident some years ago, and I imagined this shared loss would bond them even more closely, but ultimately their marriage failed. In the case of grief, I think it’s important to respect each other’s feelings and avoid the “shoulds,” as in “you should be over it by now.” When it comes to any devastating loss, whether it’s the loss of a loved one, the loss of health or of a job, there are no “shoulds.”

Q: The main character learns about old family secrets that send her reeling and questioning. What role do family ties play in this novel?

Among the elite in the antebellum South, family was everything. Loyalty and respect were paramount. Charlotte made a promise to her father that she would restore Fairhaven Plantation to its former glory. She had no idea how difficult that promise would be to keep. And then she learned that her father took to his grave a secret, and that discovery allowed her to reexamine the promise she made. Both Charlotte and Nicholas are bound to the land by their family histories.

Q: What do you hope readers will take away from Charlotte’s journey? Is there a theme Bible verse for Carolina Gold?

Charlotte hopes to restore her land and her way of life somehow, but her journey teaches her that the truer meaning of restoration lies in the acceptance of circumstances that can’t be changed and in taking joy — not in what we long for — but in what has been provided for us.

Q: Is Carolina Gold the start of a new series? What else are you working on?

Carolina Gold is a standalone novel, the first of three Southern historical novels under contract. I’m working now on a novel set in antebellum Savannah. Like Carolina Gold, it’s inspired by real events — this time an unsolved murder in a mansion on Madison Square. I’m working on a couple of novellas. The first, called A Proper Marriage, will be published next year in e-format. A new experience for me.

Q: You have a PhD in administrative leadership and spent several years in higher education — how did you wind up as a writer?

I wanted to be a writer from the age of nine. All through elementary and high school, I wrote stories and shared them with my friends. I worked as a journalist during my undergraduate days, and after I finished my doctorate, I freelanced for magazines and journals while continuing my career as an educator. In the mid 1990s, my husband’s work to took us from Dallas to the Midwest. Although I wound up teaching at a college there, when we first moved I didn’t have a job lined up. Books for preteens and young adults were just becoming popular again, and I began writing for them while we lived in Iowa. I published 12 novels before switching to writing adult fiction three years ago. Carolina Gold is my fourth full-length novel for adult readers.

Q: What drew you to the Southern historical fiction genre?

I’m a native Southerner and grew up listening to and reading stories about people and places in the South. I’m drawn to the 19th-century South because there were so many fabulous women, such as Elizabeth Allston Pringle, who quietly accomplished the near-impossible before, during and after the war. I hope my novels honor their lives and accomplishments and, at the same time, entertain readers who enjoy peeking into the past.