January 11, 2014
We evidently believe in teaching "old people" games at a young age. Today's big event was playing 42. We were impressed with Peyton's skills. We've played before, but she really GOT it today.

Paige at one time told Peyton that she believed in her--that she could make a bid of 30. Then, I wanted to document her saying it again, and she refused.

Peyton didn't realize you could bid on blanks as trump and expressed her annoyance as she could have been bidding more long before now. 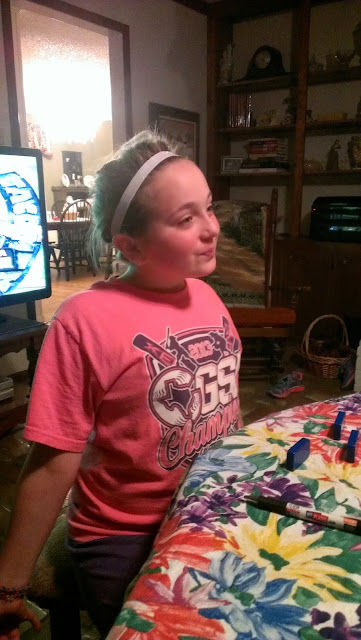