How far would you go to keep a promise? 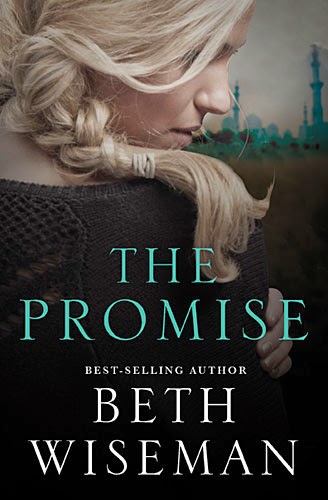 In The Promise Beth Wiseman steps out of her
comfort zone, sharing a story close to her heart

Most authors draw from life experience when writing a book. However, for best-selling author Beth Wiseman, the inspiration for The Promise (Thomas Nelson/ September 30, 2014/ISBN 978-1401685959 /$15.99) came from encounters most readers could never imagine happening in their own lives. Inspired by actual events, Wiseman describes her latest release as the largest project she has undertaken since her first book was published in 2008. “It was a step way out of the box and a far cry from my Amish novels and Texas contemporaries,” she explains. “Not only was I shifting to another genre and writing a much edgier story, but the real-life events that inspired the novel were still tender on my heart.”

Struggling to find her own faith and at a crossroads in her current relationship, Mallory is searching for purpose in her life. She is determined not to let her boyfriend, parents or anyone else get in the way of her number-one goal:  to save a life. Mallory had the chance to save her cousin’s life when she was a teenager, but the opportunity slipped away, leaving a void she's desperate to fill. She made herself a promise that someday she would reach her goal.

Mallory’s boyfriend, Tate Webber, has loved her for years and understands Mallory's free spirit has to fly. When he has no choice except to give her the space she needs, he hopes when she lands, the two of them will be in the same place and can marry at last. However, when Mallory meets a new friend online, she is offered the chance to make good on the promise she made long ago. The opportunity means that she’ll have to leave behind everyone she loves to take it.

In a bold move — and with lots of resistance from those closest to her who question her judgment — Mallory decides to travel across the world to fulfill her dream. Tate begs her not to go, but Mallory embarks on the dangerous journey to Pakistan anyway, not realizing the people she trusted have put her in harm’s way. She will soon discover how swiftly and easily promises can be broken. Mallory must rely on faith and prayer to make it home alive.

The story was close to Wiseman, and she found herself so deep in the story that she often found herself using “real” names and would have to go back and make corrections. Writing the book with the woman she calls “Laurie,” for anonymity, brought the two women closer together and helped Wiseman better understand the reasons Laurie made the decisions she did. “When Laurie left for Pakistan, I wasn’t sure I would ever see her again.  When she did return home, she was incredibly broken, both physically and emotionally,” shares Wiseman. “I’d always assumed there would be an opportunity to say, ‘I told you so.’ However, that thought wasn’t at the forefront of my mind as I watched her trying to put her life back together. She’d lost almost everything, but her spirit to survive and push forward shone through, and I wanted to help her with that. God truly does work in such mysterious ways.”

Much like The Promise’s Mallory was driven by her life goal, Wiseman’s goal for years was to write one book to make one difference in a life and hopes the message of this book does just that. “We all make mistakes, have regrets and carry burdens from our past. But by clinging to our faith, we are often gifted with opportunities to use these mistakes in a way that sheds light amidst the darkness, defining who we are and how we will be remembered. In the novel, Mallory wants to save a life. She ends up doing much more and in a way she could have never foreseen. Laurie returned to the United States a broken woman, but she shared her experiences via this novel in an effort to save as many women as possible from falling into a similar situation — an opportunity she also could never have predicted. God never wastes an experience.”

Wiseman can be found at Fans of Beth Wiseman on Facebook where she interacts with readers. Learn more about the author and her books at bethwiseman.com and on Twitter (@bethwiseman).

“Bestselling author Wiseman encourages readers to think through their feelings about Islam, Christianity, faith, love, and what it means to help others. Her novel will challenge, encourage, and stimulate discussion among her loyal fans and first-time readers.”
~ Publishers Weekly

“Takes readers to a place where promises mean something very different than expected, and where her protagonist realizes that the life that needs saving is her own. … Wiseman draws readers into a world of deception, danger, and defiance. Readers will feel the anguish of Mallory’s loved ones as they pray for her to make it home.”
~ Booklist

“Promises.  Easy to make, far easier to break.  Beth Wiseman tells a gripping story of promises, both made and broken.  Mallory’s journey, along with Tate, is one for the ages.  The Promise is on my All-Star List.”
~ Lis Wiehl, New York Times bestselling author 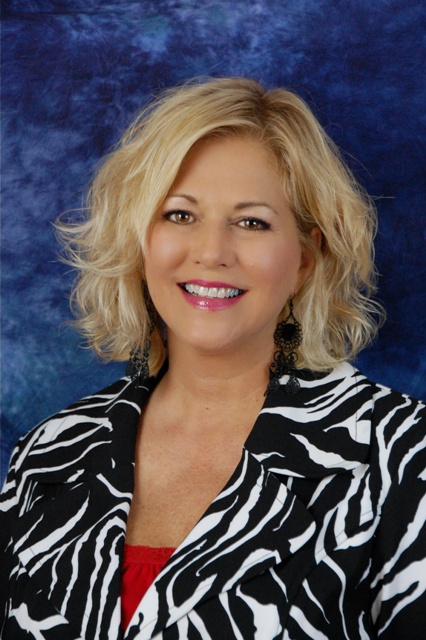 Beth Wiseman is the best-selling author of the Daughters of the Promise series and the Land of Canaan series.  Having sold more than 1.3 million books, her novels have held spots on the ECPA and CBA bestseller lists. She has also been the recipient of the prestigious Carol Award (in 2011 and 2013), a three-time winner of the Inspirational Readers Choice Award, and an INSPY Award winner.  In 2013, she took home the coveted Holt Medallion.

As a former newspaper reporter, Wiseman was honored by her peers with eleven journalism awards, including first place news writing for The Texas Press Association. She has been a humor columnist for The 1960 Sun in Houston and published articles in various publications. However, writing novels is where her heart is. She left her job as a journalist in 2008 to write novels fulltime.

Wiseman has a deep affection for the Amish and their simpler way of life, and while she plans to continue writing Amish love stories, she is also branching out into other areas. In her daring new novel, her third non-Amish, contemporary, Wiseman jumps way outside the box. The Promise will take readers far away from Amish country and the small Texas towns of her previous releases to a dangerous place on the other side of the world.  Inspired by actual events, Wiseman believes this is the book she’s been working toward for a long time.

Wiseman and her husband are empty nesters enjoying the country life in Texas with three dogs, two cats and two potbellied pigs. When she’s not writing, she loves to travel, paint and enjoy time with friends and family.

Wiseman can be found at Fans of Beth Wiseman on Facebook where she interacts with readers. Learn more about the author and her books at bethwiseman.com and on Twitter (@bethwiseman).
Beth Wiseman Pakistan The Promise Thomas Nelson