I may be too old for this 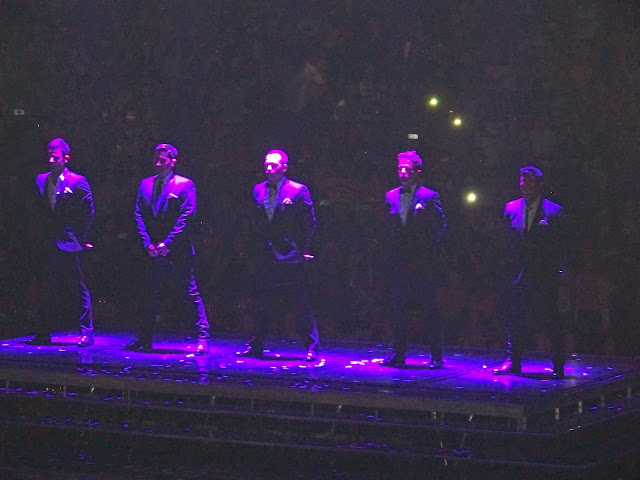 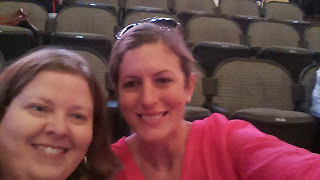 If you have been reading my blog for any period of time, you have heard me talk about how I don't get out of the house much. Well, that's mostly true lately except for the five Saturdays in a row I haven't been home. A few of those were selling crafts. I work and do crafts. That's what I do.

I'm pretty predictable. Right down to what I do when I have a big night out of the house. 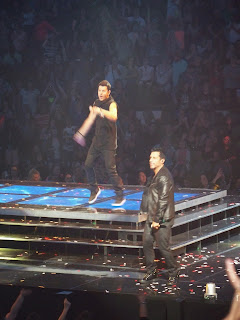 I either go to watch the Texas Rangers play, which I did five weeks ago, or I go to a certain group's concert. Yes, I have seen New Kids on the Block four times in the past seven years at the American Airlines Center. That makes five times total, all with my friend, Jenny. The first time, in 1990, we were in junior high, and we have a pact to go with each other. One time someone else went with us (apart from when we had to be chaperoned), but we must not go apart from one another. Jenny was proudly bragging to everyone we spoke to last night that this was our fifth time. I think we did agree that we need to make Maroon 5 for the fourth time the next time they are in town since we just missed them.

I choose to call it a tradition rather than a routine of eating at El Fenix before each time too.

The truth is, we've already said there will be a 6th. Last night was really good, but maybe not as good as the last time though. However, part of what makes each time different is the opening acts. I think the opening acts wore us down before NKOTB came on stage at 9 PM. 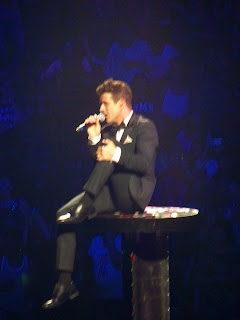 After someone I was talking to said something about it, I realized that 7 years ago, Lady Gaga opened (along with Natasha Beddingfield). It was before anyone knew Gaga, but I remember thinking, "who and what on Earth is that?" The time after that, NKOTB tour with the Backstreet Boys. That was interesting. Last time, it was Boyz II Men (which we missed except the final chorus of "Motown Philly" because we thought there would be opening acts) and 98*.

The thing is, I knew songs by Boyz II Men, Backstreet, and 98* (which may be embarrassing) or at least most of the choruses. Last night was a very odd experience, and I learned some lessons.

First of all, I have absolutely no business at a Nelly concert. I don't know how he was selected for this tour, but I wouldn't have thought most of the old school NKOTB crowd was into Nelly. I was kind of surprised to see the number of people around me enthusiastically sing every word.

Here's the entirety of the lyrics of Nelly's songs that I know. And by the entirety, I mean this is the only part I could sing along with:


At least I knew "Hot in Here" was Nelly. Not sure that Jenny realized that. The whole time that he was on stage I was muttering I was told old. She was saying we were too white. I'm sure both were true. 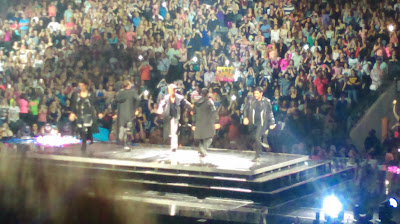 I also learned that my big butt and thighs would be suited to be one of Nelly's nasty dancers. He had some of the biggest butt dancers I've ever seen. I also learned that fishnet stockings on fat thighs on a big screen over the stage emphasizes cellulite. Maybe it was just like wearing stripes on TV and causing a vibration. I always have to tell authors not to do that. Nah, I think it really was cellulite. I have plenty, but I don't go around in fishnets with my butt cheeks hanging out in all their glory. There would be no glory to that.

Next up was TLC, and their audio was so bad it sounded like the Chippettes or whatever the Chipmunks girlfriends were. They also had a strange DJ wandering around in a mask. It creeped Jenny out.

The extent of their lyrics I knew were:


So, TLC was also lost on me. I don't get why they were invited. Again, I was too old, and possibly too white, but there were a lot of white people there, so... 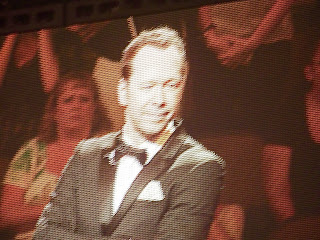 I think everyone in attendance was getting too old because when time for "The Main Event" came, everyone was kind of mellow. What I did observe though is: 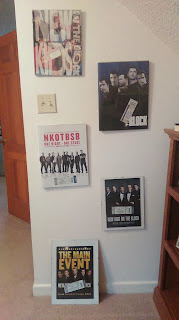 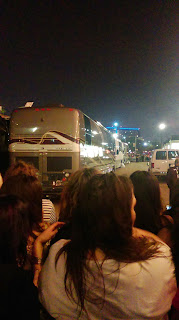 After the last time, we promised each other we would wait around by the buses until we saw at least one member of the group. Supposedly while we were there last time someone saw Jon riding a bicycle or something. However, security said last night it would be two or three hours before they came out. Jenny and I decided we were definitely too old for that.

I already have my program framed and ready to go on my wall. I'm going to have to start a new wall!

I'm hoping this video below works beyond today. Yahoo and Live Nation did a live stream of the whole concert last night.