Of cellos and cheesecake

January 23, 2016
I know I post a lot about needing to get out of the house and get a life. A lot. I only say it because it's true. There is a funny story at the end of this post, if you stick with me.

Proof... On Tuesday of this week, I decided to go get something to eat after work. As I walked out the door to get into my car, I realized that I had not even gotten in my car and left the house since Saturday when I came home sick. Other than checking the mail, I had not stepped outside of my house in more than 72 hours. I'm not even sure I should admit that.

In all honesty, I've felt kind of isolated and trapped lately. Another topic for another time, I guess.

Thankfully, I got out of the house and not only socialized, but did something "cultural" with Rakia and Angie. However, I have figure out I don't take good pictures of anything anymore as is obvious from the ones below.

I love going to the Fort Worth Symphony Orchestra at Bass Hall when they do their Pops series. This weekend they are doing "A Night at the Oscars." I am not quite cultured enough to do Beethoven, especially Eroica which I think is "erotica" every time I see it. Angie did too when she was flipping through the program last night. 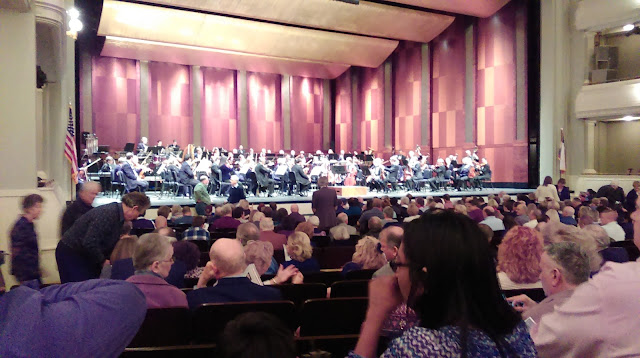 All of the music was from Oscar nominated selections, including soundtracks from Star Wars, E.T., Indiana Jones, The Pink Panther, The Godfather, The Incredibles, and Dances with Wolves. I thought the best piece of the night was "Tale as Old as Time" from Beauty and the Beast.

I am so musically un-talented, but I'm completely fascinated.

We were going to hit up The Cheesecake Factory before, but had to go afterwards. After the last time I went to TCF, I said I was getting cheesecake if I got nothing else because isn't that the point. For all of my fluff and declaring, I brought it home and ate it today for lunch.

(That was after going over to Malakoff for Peyton's basketball game. Well, it was supposed to be two games, but our team forfeited before half because the officiating was horrible, the girls were getting beat up and it was turning ugly with technical fouls and mayhem.)

The best laughs of the night came in the parking garage afterwards.

Beforehand, I kept trying to give Rakia directions on how to get into the parking garage. I thought there was only one way in/out, at least only one way in anyway.

We needed to go with Rakia to her car to get something out of it. I asked told her she could just drive Angie and I over to my car, especially since it was late and cold.

Rakia was on level 3, and I told her I was around on 5. We drove around a level and pass a white truck, then see the number 5. Odd, we go around to the next level, and there's no car. Hmmm. Did I completely just miss seeing my car? How did that happen.

We go through this process again. The same white truck. The same empty next level on the side closest to the elevators.

I knew what side I was parked on. Angie seemed to think we were parked in a different position after going around a corner. I thought the positioning was the same, but was so confused.

At this point, Angie's declaring "Twilight Zone." As we go round and round, we watch a golf cart go round and round patrolling the garage. A different white truck seems to be doing the same routine a level above us. By now, I'm pretty sure we've been doing this for 15 minutes.

Finally, Rakia exited the entrance she came in, went halfway around the block to the entrance I drove in, went up to level 5 and finally dropped Angie and I off.

I now know that each entrance takes you to a whole different set of levels. If I have ever been in a garage that does that before, I never realized it. The narrow cut off turn thingies in the middle may let you cut from one to another, but I'm not sure.

This is yet another reason I hate parking garages. This garage may rank with the ones at DFW airport for the worst garage ever. 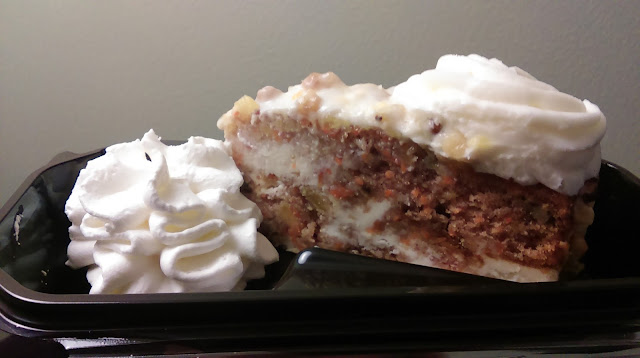