Running from your past can be dangerous 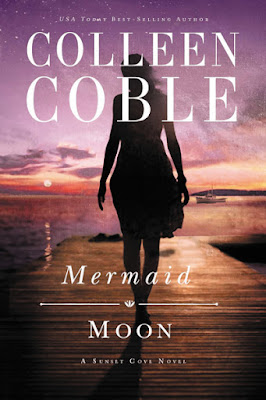 Running from your past can be dangerous
Colleen Coble writes mystery with themes of returning home,
forgiving and healing broken relationships

Shame can cause people to make drastic, sometimes life-altering decisions. When they experience the consequences of failure, whether at their own hands or at the hands of others, their instinct can be to retreat to avoid experiencing hurt again. That knee-jerk reaction can strain relationships and lead to isolation. This is one of the themes award-winning author Colleen Coble chose to examine in the second book in her Sunset Cove series, Mermaid Moon (Thomas Nelson/January 12, 2016/ISBN: 978-1401690281/$15.99).

Remorse and confusion has kept single mom Mallory Davis from her hometown of sleepy Down East, Maine, for the last 15 years. When her father mysteriously dies, though, she’s forced to return. Her relationship with her father had been tense since she left, but she was the one he called in his final moments.  His last words echo in her heart: “Find . . . mother.” Yet her mother has been dead for fifteen years. What could he have possibly meant?

Mallory comes to believe her father was murdered, and her childhood sweetheart, Down East game warden Kevin O’Connor, confirms her suspicions. Mallory trampled Kevin’s heart when she left without a word all those years ago, and he is wary of helping Mallory in her search. Everything changes when Mallory begins receiving threats on her life and the life of her teenage daughter, Haylie. As their search intensifies, they find a tangled web of mystery and deceit whose sticky threads reach deep into Mallory’s past. As answers begin to fall into place, Mallory realizes her search is about much more than finding her father’s killer; it’s about the hope of finding herself again — and maybe even another chance at love. She just has to stay alive long enough to put the pieces together.

The twists and turns of Mermaid Moon will keep readers engaged in its fast-paced story, but beyond entertainment, Coble hopes all will walk away knowing where to turn when they’re ready to find healing and freedom from regret. “Personal shame strikes at our core because we feel we can never make up for that failure. We fear the relationship can never be mended,” Coble explains. “God doesn’t want us to carry around that burden of guilt. We can be free of it if we realize He forgave it along ago. We’re the ones still lugging it around.”

Coble is currently working on the third installment in the Sunset Cove series, Twilight at Blueberry Barrens. Coble says readers will definitely pick up on a specific theme as they read each book. “I wanted these books to examine the various ways we all come to family,” she reveals. “Some are born into a family, some are adopted, and some create their own family with friends.”

“Second chances, old flames and startling new revelations combine to form a story filled with faith, trial, forgiveness and redemption. Crack the cover and step in, but beware — Mermaid Moon is harboring secrets that will keep you guessing.”
~ Lisa Wingate, bestselling author of The Sea Keeper’s Daughters 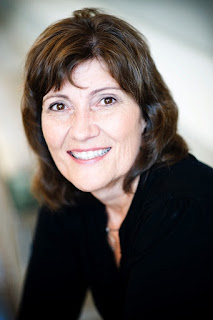 She has more than three million books in print and writes romantic mysteries because she loves to see justice prevail. Coble is CEO of American Christian Fiction Writers. She lives with her husband, Dave, in Indiana.